Hong Kong has a large Philippino population made up of mostly domestic housemaids. Some are very highly educated, but are willing to work in Hong Kong as domestic helpers for the higher pay and better lifestyle. According to Wikipedia, there are as many as 140,000 Philippinos in Hong Kong, and this is most evident on Sundays – their official day off, when they will congregate at their favourite gathering places such as World-Wide House, HSBC Bank and the Hong Kong Cultural Centre in Tsim Sha Tsui.

While walking around Hong Kong Island on a Sunday, we bumped into this Philippino Street Festival. While they are far away from home, the sharing of their community spirit and culture will no doubt help to sooth some of their homesickness. It was a really colourful, noisy and joyous celebration of Philippino culture. 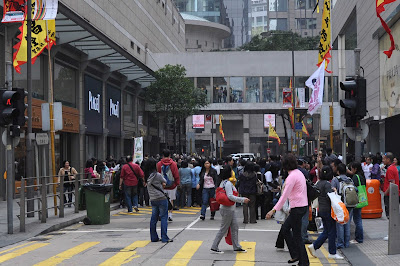 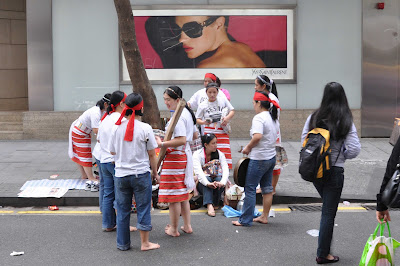 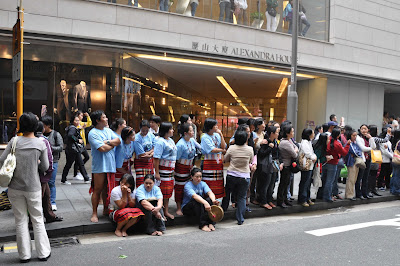 The joy and festivity was really infectious. 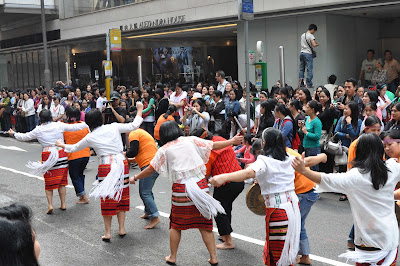 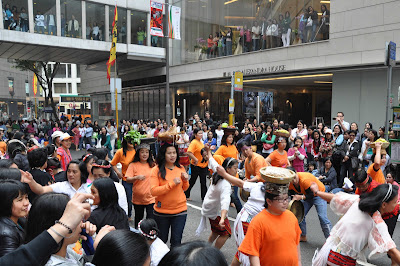 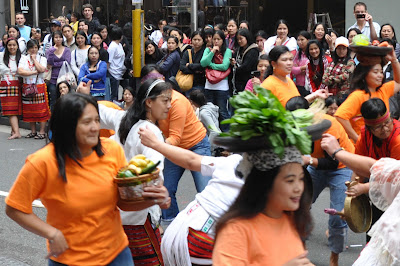 A little bit of the Philippines right on the streets of Hong Kong. 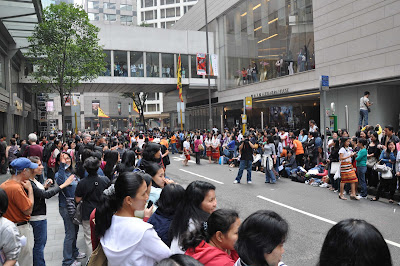 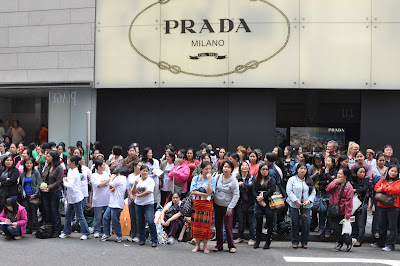 (The recent tragic tourist bus hijack incident in Manila in August 2010 – where a number of Chinese and Hong Kong tourists were killed, and the bungled handling of the hostage incident by Philippino police - have soured relations between Hong Kong and the Philippines. Hopefully this will not have too much adverse effect on the Philippino community in Hong Kong as it was the crazy act of a deranged man. Our thoughts are with the families of the victims.)
Email Post
Labels: Hong Kong Travel