The Airbus 380 made a huge buzz when it was launched. By now however it is almost humdrum and not many people get excited about flying on it anymore. Still for me it was a first experience on the World’s largest passenger airliner, and it brought back memories of my first ever trip on the previous size champion – the Boeing 747.

Singapore Airlines has one of the largest fleets of A380s, and they fly them on most of their Australian routes. I would have loved the ultra-luxurious private suites experience, but this being the real world was squeezed into cattle class like most other passengers. Expecting a much larger cabin then the 747, I was somewhat disappointed. The cabin actually looked the same as most other long distance airliners, and is very similar to the 737 with its 3-4-3 seat arrangement. The size of the seats were about the same, and in fact it felt a touch smaller.

Because of the proportions, the plane look surprisingly small on the tarmac. 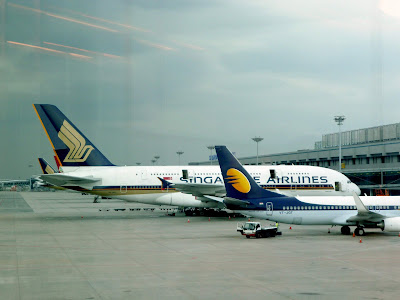 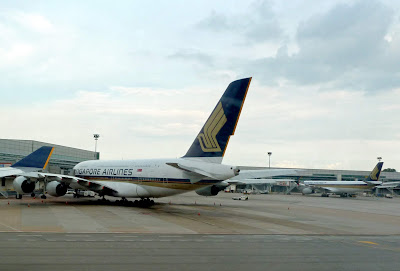 The cabin is not a lot bigger then other long distance airliners. 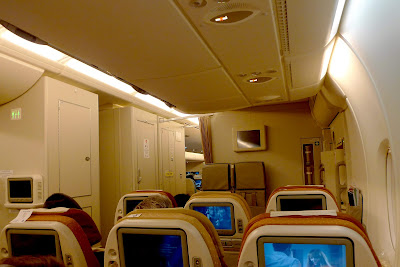 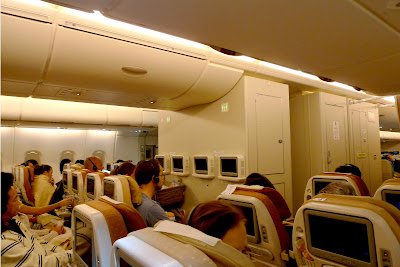 Singapore Airline’s inflight entertainment is excellent and I was able to catch 3 very recent movies on the flight. The food service however has suffered the same fate as other airlines due to cost cutting. This was what we had. It was a just bit better then the meals served by Malaysia Airlines on the same route. 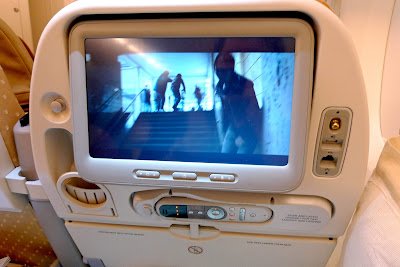 Mediocre food is the order of the day even on Singapore Airlines. 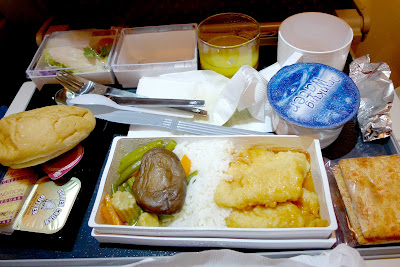 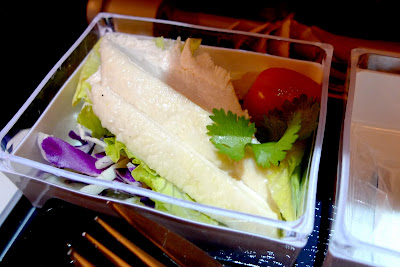 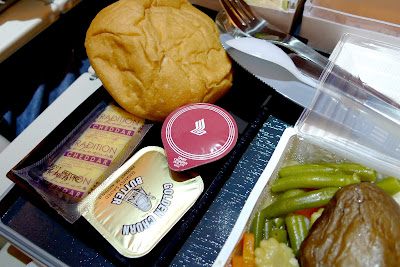 order generic viagra said…
Wow, nice post,there are many person searching about that now they will find enough resources by your post.Thank you for sharing to us.Please one more post about that..
October 15, 2011 at 8:49 AM

Clara said…
looks like a fairly decent meal from an airline.
Maybe you were expecting too much because of the news that it is the new Airbus 380.
December 30, 2011 at 7:32 PM