Our flight from Adelaide to Singapore was in the morning, so we had a chance to see Adelaide from the air as we took off. You can see very clearly that the city was planned based on the Garden City concept popular in Europe after the 2nd World War. The main CBD is surrounded by a greenbelt before the start of the suburbs. The greenbelt is meant to provide a buffer between the City which is meant to be a place for work only, and the residential areas around it.

Today the Garden City concept is deemed my most city planners as unsustainable, as the rapid expansion of the suburban sprawl is threatening traditional agricultural areas needed to sustain the cities. We actually need to live closer together instead of further apart. The other problem with the Garden City concept is the lack of a vibrant city life after working hours. The Adelaide CBD still suffers from the Garden City Syndrome of becoming mostly dead at night, as most of the residents live outside the city. 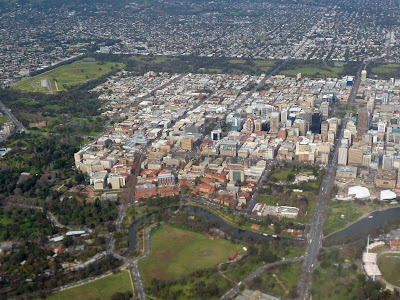 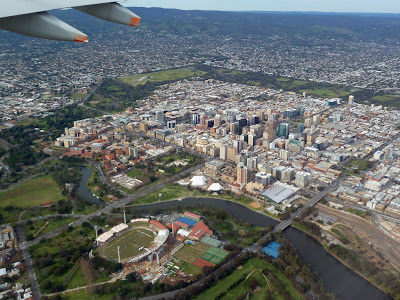 Suburban sprawl scarily covers a lot of ground. It's not just Adelaide, but any city which follows the same suburban dream. 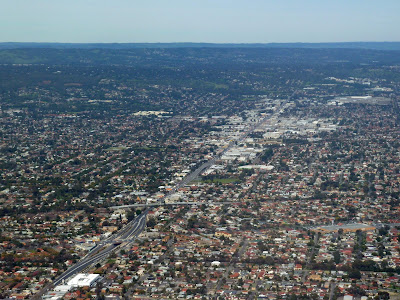 Flying over the Australian continent, you can see how dry it actually is. The green areas around the cities quickly transform into inhospitable dessert landscape – looking almost like something out of a sci-fi movie. 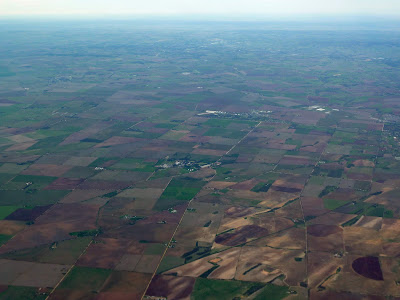 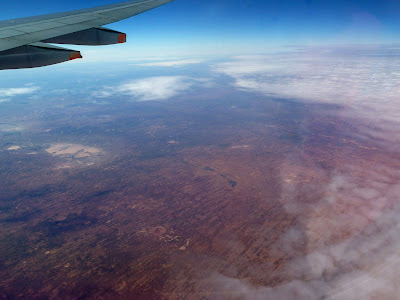 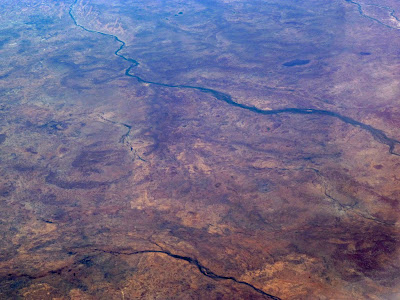