Since opening MoVida in Hosier Lane, Melbourne - Aussie Chef Frank Camorra has received many accolades for his modern take on Spanish food. It is often touted as the best Spanish restaurant in Melbourne, if not Australia. MoVida is so successful that getting a table usually requires booking way ahead. To cater to the walk-in crowd, Chef Camorra has opened MoVida Next Door - a bar with a no booking policy. Just walk in and try your luck. 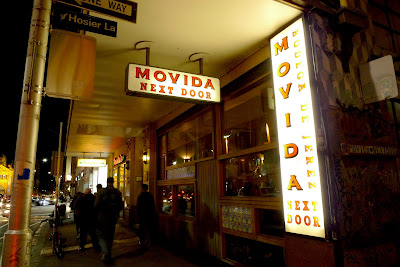 During my visit, the place was jam-packed as usual. I snatched a seat at the bar and started to study the menu. It is a small menu, but everything looks quite delicious. Since I was going to have a full dinner later, I settled on a few Tapas staples. 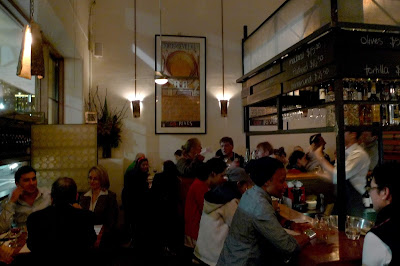 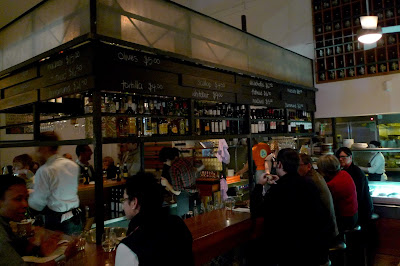 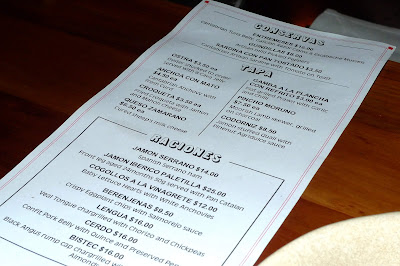 First up was Cantabrian Anchovy with Fresh Curd. It was simple yet packed with flavours. 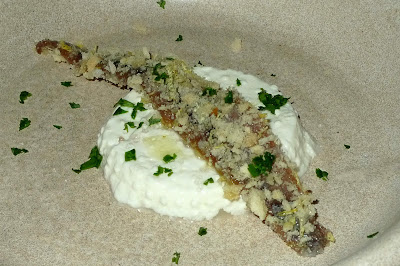 Next was the Flat Grilled Prawns with Garlic and Chili. It was nicely done, but nothing unusual in the flavours. 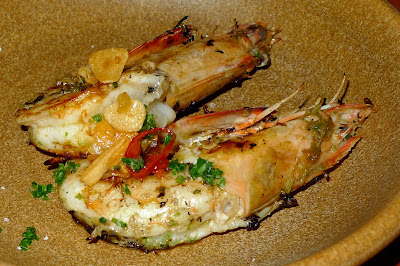 The Croqueta - one of Chef Camorra's signature dish - was really good. Filled with Jamon Ham and Mahon Cheese inside - it was crispy outside and velvety soft inside. Really good. 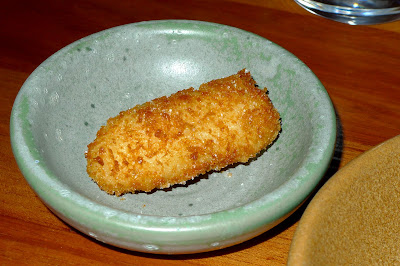 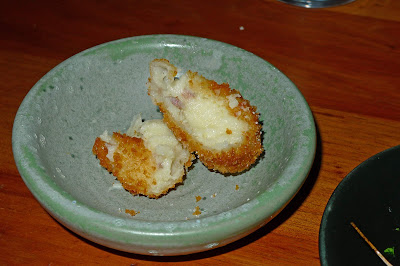 Moorish Lamb Skewer. This was perfectly grilled and nicely seasoned with Moroccan spices. 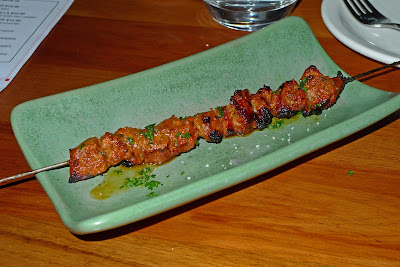 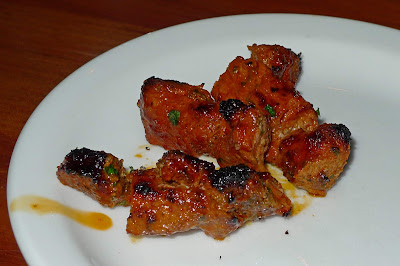 The tiny kitchen at MoVida Next Door where all the delicious morsels are prepared. 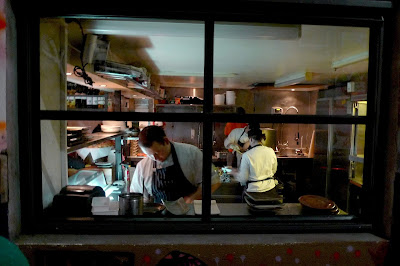 The MoVida empire is expanding, and besides MoVida and Movida Next Door they have just opened a much bigger venue - MoVida Acqui and Terraza at the corner of Bourke Street and Williams Street. I will definitely give this a try at the next opportunity.
Email Post
Labels: food Melbourne Travel

Borneoboy said…
Hi Katrina. It was simple food which tastes delicious - based on sourcing the best ingredients. I am hooked.
April 4, 2011 at 8:11 PM