Since I had my first taste of Pho in Melbourne many years ago – the simple yet addictive delicacy from Vietnam, I’ve been hooked. After that first experience, whenever I see a shop selling Pho, I always have to try it no matter how dodgy it may look.

Having tried Pho both in Ho Chi Minh City and Hanoi, I can boldly declare that the Pho in Melbourne easily trumps its original cousin in Vietnam. I think this can be boiled down to the quality of the beef used in the dish – as Australia produces some of the best beef in the World. In Vietnam they sometimes use buffalo meat which is tougher and gamier then regular beef.

There is a Pho shop which I must visit when in Melbourne – Chu The in Richmond. This is where I had my first taste of Pho, and still the best. The secret is in the broth – it is so tasty and beefy that you want to drink up the whole bowl and ask for more. You can also add some of their special chili sauce, which perks up the soup a little and give it a different taste dimension. 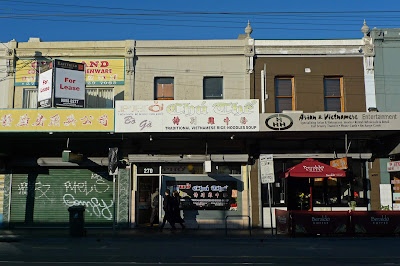 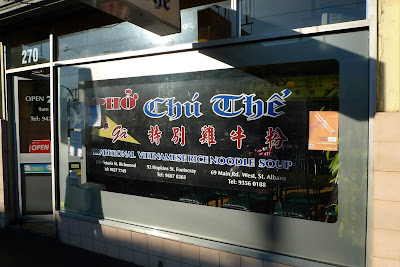 The interior of the shop is very simple and basic. 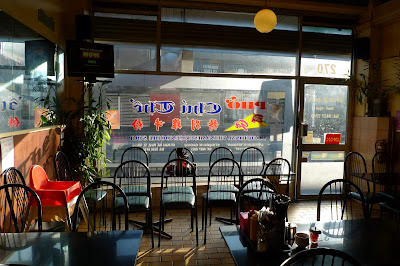 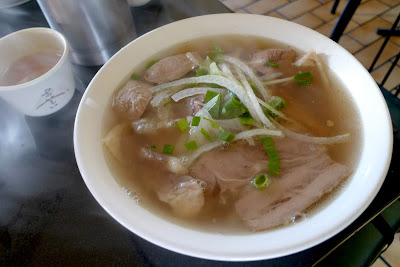 Generous serving of garnish for your Pho - bean sprouts and fresh basil. 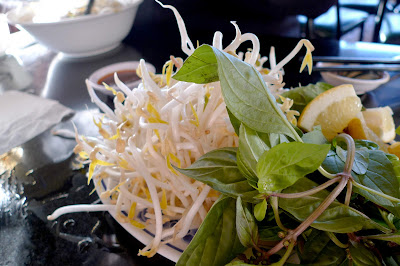 Their special chili sauce. Only add this after you have had a taste of the original broth. 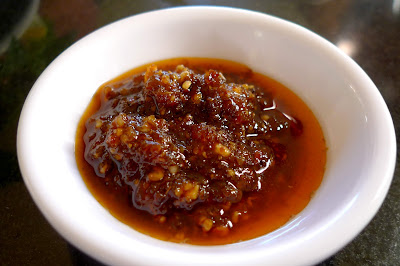 Chu The also serves their version of French beef stew - it is quite nice. 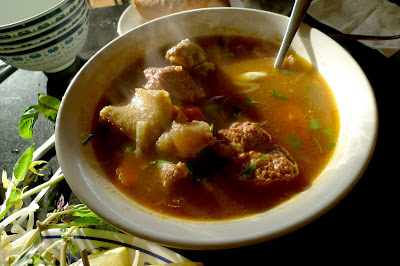 Nate @ House of Annie said…
I agree - the quality of the ingredients really makes a difference. My mother-in-law has had pho many times when she visited us in San Jose. But when she traveled to Vietnam, she said that the pho there was just not as good.

We love Vietnamese food but we haven't found anything in Kuching that comes close to what we were used to in San Jose.
March 24, 2011 at 8:25 AM

Hi Nate and Annie. Yes, quality ingredients make a huge difference. And rumour is that their beef stock pot is never washed ! A bit of the old stock will always be mixed with the new stock so the flavour base is built on and on forever !
March 28, 2011 at 7:51 PM