Melbourne has always been a friendly city to immigrants, and over the years have seen many waves of people from foreign lands settling down in the city - which is the source of its metropolitan character. The latest wave of immigrants seem to be coming from Korea, which could be ironically due to the emergence of South Korea as an economic powerhouse. South Koreans are becoming more wealthy, and some are venturing out to get a taste of life outside. There are so many Korean mom & pop stores opening all over Melbourne, it is changing the character of some of the neighbourhoods.

Korean food is also becoming very popular in Melbourne. A Korean restaurant used to be seen as a novelty here, now it has become almost like your typical Chinese noodle shop.

Woo Ga Korean BBQ is a restaurant at Victoria Street in North Melbourne, just above the Queen Victoria Market. The decor is quite simple. Raw timber boards cover the floor, walls and even ceiling. The dining areas are divided into 2 sections separated by a small doorway. In the middle of each table is the BBQ stove with a hanging smoke exhaust. The heat from the BBQs make this a nice and cosy place for dining in Winter or the colder months, but I am not so sure about Summer. 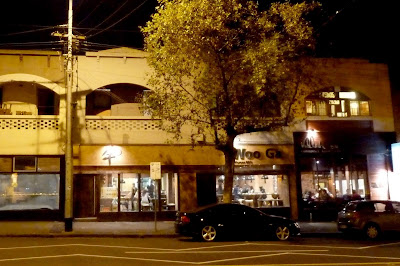 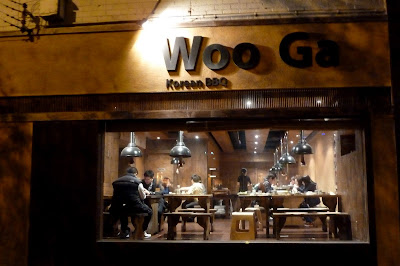 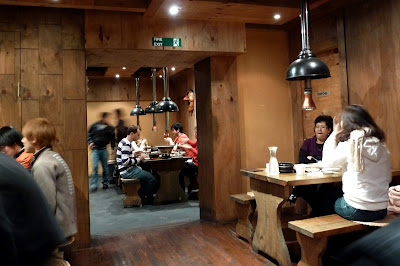 At a Korean BBQ, you cook the food yourself, so it is all about the ingredients. We had mostly beef and some side dishes. Most of the cuts of beef are nicely marbled with fat and great for grilling. Eaten with the kimchi and Korean sauces, they were delicious. 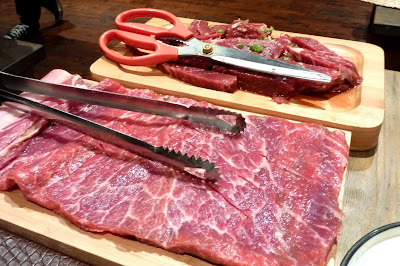 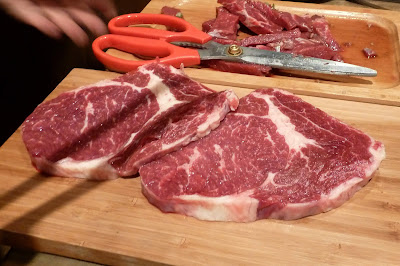 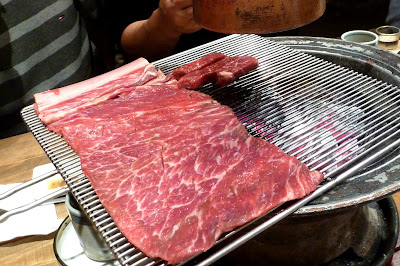 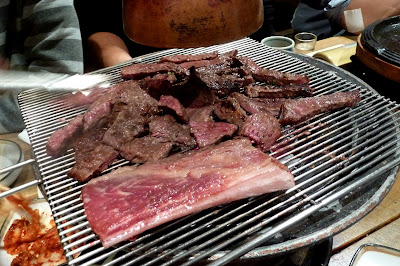 We also had a number of other dishes - like this Korean omelette filled with vegies. 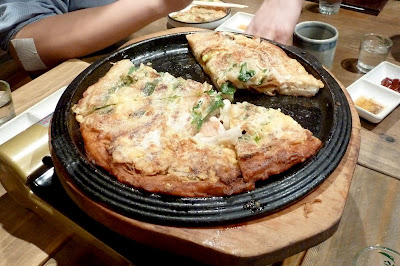 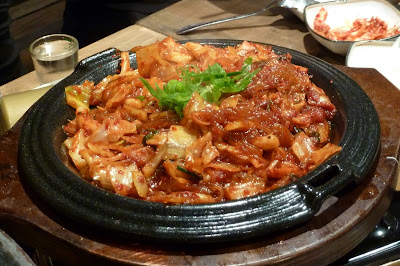 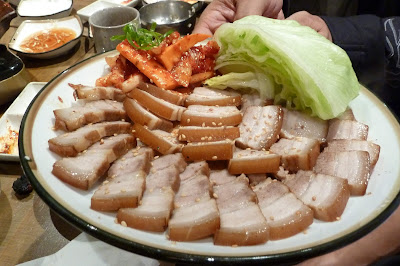 Seafood Hotpot with prawns, squid and vegies. a nice and light soup which complements the heavy meat dishes well. 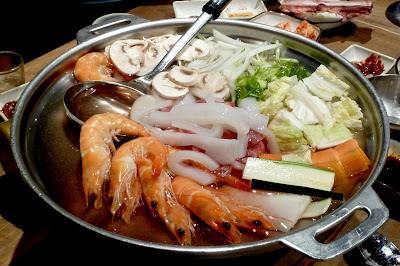 Korean BBQ is a very enjoyable way to spend an evening with family or friends. You can cook the meat to the doneness that you like, and have only yourself to blame if you mess up. But I must say the quality of the meat is usually pretty good, and it is not difficult to have a great meal especially with good accompanying dishes.
Email Post
Labels: food Melbourne Travel

Dominique said…
Woo Ga (Korean BBQ ) is a very good restaurant . I had a visit at Woo Ga restaurant 2 weeks ago. And I took Sea Food and some Korean food too. it was very delicious. I can still test that. Probably will visit next week again.
March 28, 2011 at 8:10 AM