I’ve been to EEST at Westin Hotel several times before, mostly for the dim sum which has always been delightful inspite of the lack of pork since this is a Halal restaurant. This was my first time there for dinner. They have changed their concept somewhat. The focus now is more on Chinese food, whereas previously the theme was Pan-Asian. The menu - though extensive, was a bit difficult to negotiate. Besides the Chinese section, the rest which included Japanese, Thai and Vietnamese seemed to be just an afterthought. The emphasis seems to be on premium ingredients such as Wagyu beef and lobster, rather then on showcasing the cuisine styles. Unless you are prepared to splurge, this place is probably not the best choice for dinner. 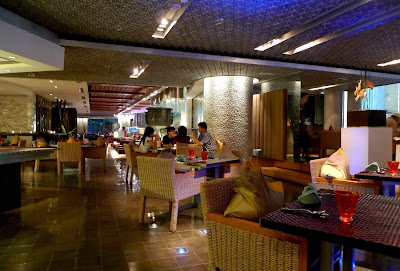 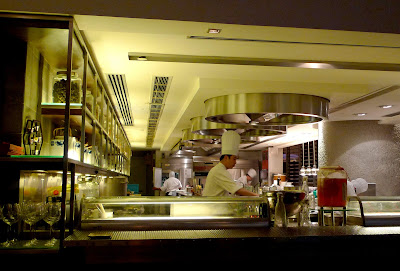 Since I was looking for an enjoyable diner but didn’t necessarily wanted to break the bank, I ordered a Spicy Sichuan Style Chicken Appetizer and a Sichuan Style Beef Noodle with Beef Rump and Chili Oil, which were the cheaper items on the menu which looked enticing.

I was really glad I chose the chicken - it was great. Essentially white poached chicken with a dressing of soy sauce, oil, vinegar, spring onion and green chili, the taste was very clean and fresh, with enough saltiness to excite the palate. 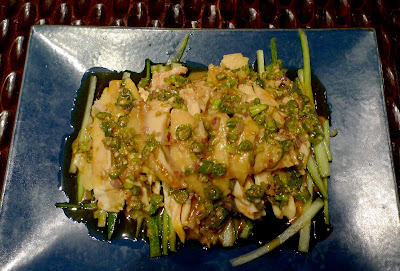 The Beef Noodle, however, was disappointing. It looked impressive enough, with big chunks of beef rump on the side and a rich looking broth. Unfortunately the broth was just salty and lacked depth and flavour, and the beef also tasted like it has seen better days. The dumplings though, were good. 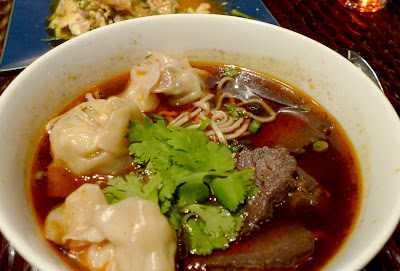 For dessert I ordered a Black Sesame Ice Cream in Apricot Soup. It was good - sesame was surprisingly a very nice flavour for the ice cream, and its strong smokey flavour was balanced by the apricot soup which was light and tangy. 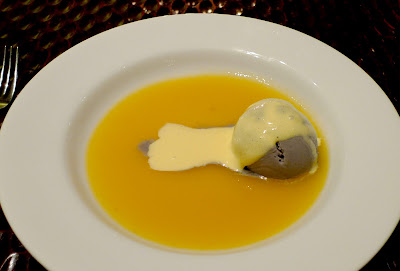 I have to say dinner at EEST was a bit disappointing, however I really enjoyed the ambiance. This is still easily one of the most beautiful restaurants in KL.
Email Post
Labels: food Kuala Lumpur Malaysia Travel