Raintree is a cafe serving International Cuisine that had just opened at the new Borneo Convention Centre Kuching (BCCK). The location is not great, as BCCK is a bit out of town and there is really nothing there besides the Convention Centre which is the first major development on a huge island earmarked as the new Manhattan of Kuching. You wouldn't normally go there unless you are attending an event at the venue.

I have been hearing raves about the food at Raintree, and was looking forward to our special pre-Christmas dinner arranged to mark the end of a lightning fast year. The cafe is quite big, but when we arrived there were only 2 tables occupied. The decor of the cafe is a strange mix of ethnic design and tropical modern. The bright orange ceiling with a complicated Iban pattern was especially jarring. 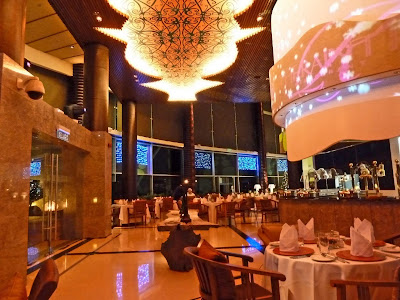 Our dinner was a 4 course affair. First up was the appetizer - Pan Seared Scallops with Tapenade on Mixed Crest Salad. The scallops looked fresh enough, but was quite bland. Probably frozen for too long. 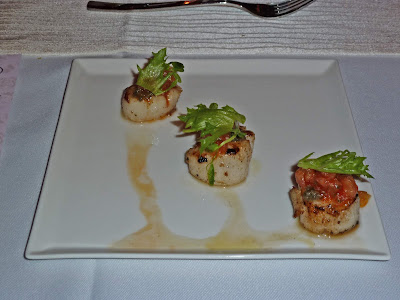 Next was a Cream of Asparagus Soup with Chicken Potato Dumpling. The soup surprisingly lacked taste. The chicken dumpling was good though. 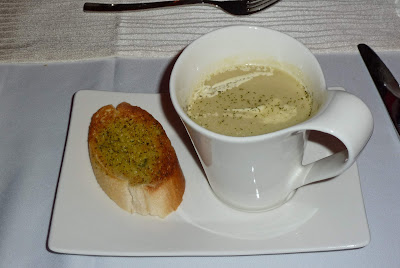 For main course we had 2 choices - turkey or lamb. This being a Christmas Dinner I opted for the Galantine of Turkey with Chestnut, Apple-Sage, Glazed Carrots and Brussel Sprouts served with a Pumpkin Potato Puree. The turkey was disappointing - a bit overcooked and dry, and the sauce tasted like very ordinary brown sauce. 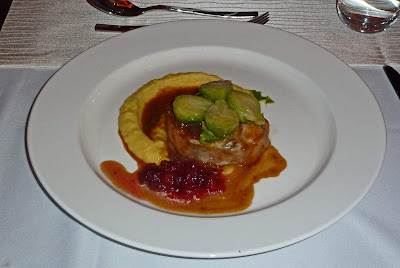 Dessert was a Warm Christmas with Ginger Vanilla Sauce. The cake was quite good, but there should have been more sauce. 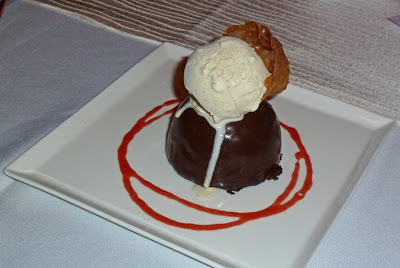 On the whole, not the great dinner experience that we had expected. Maybe it was an off night for the kitchen. Will definitely go back to give it another try.
Email Post
Labels: food Kuching Malaysia Sarawak