Amsterdam has some of the most popular and important museums in Europe, and conveniently they are all concentrated in an area called the  Museumplein (Museum District), in the South-Western fringe of the city. Here you will find the Van Gogh Museum, the Stedelijk Museum, the Diamond Museum, the Concertgebouw (Concert Hall), and the famous and formidable Rijksmuseum. 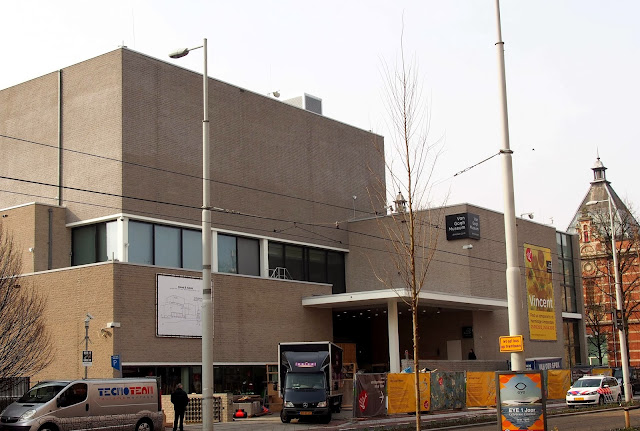 The new wing of the Van Gogh Museum was designed by Japanese Architect Kisho Kurokawa. 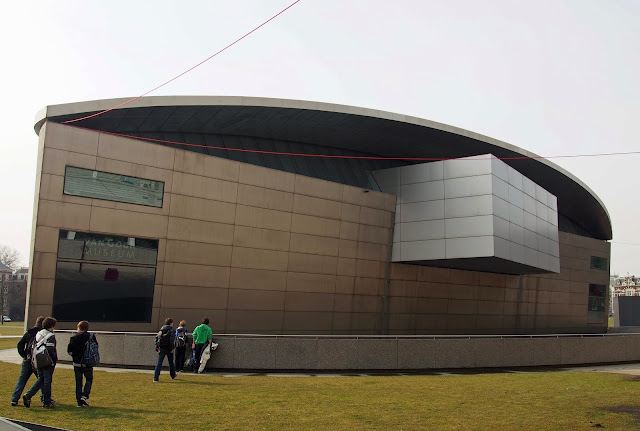 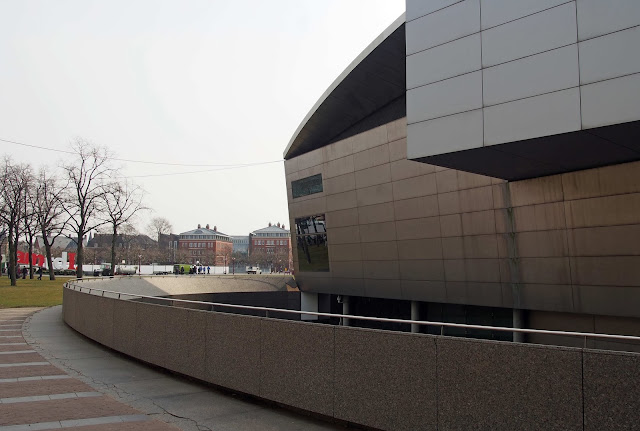 The Rijksmuseum has been closed for over 10 years for a renovation that was supposed to have lasted 5. We missed the grand reopening by just a few days - while we were there the city was busy preparing for the opening ceremony by the Queen. 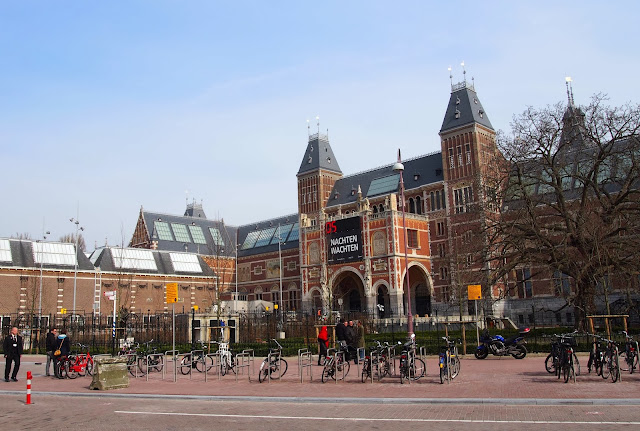 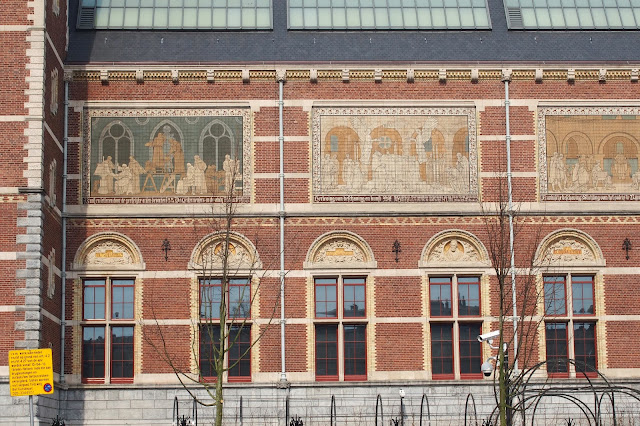 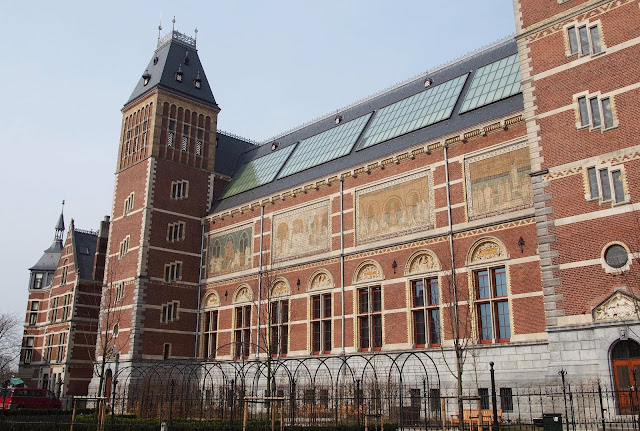 The Stedelijk Museum has a new wing which is nicknamed "The Big Bathtub". I think you can see why. 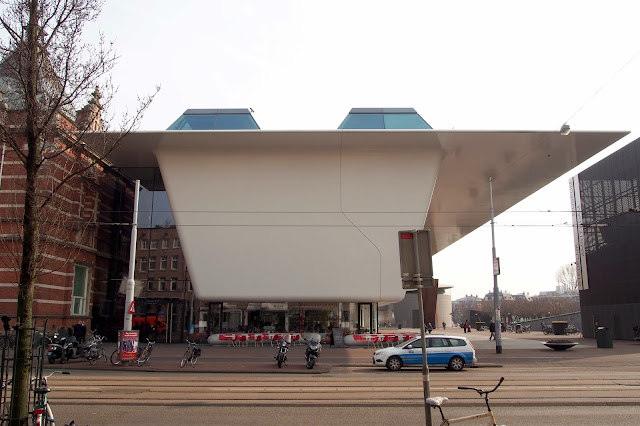 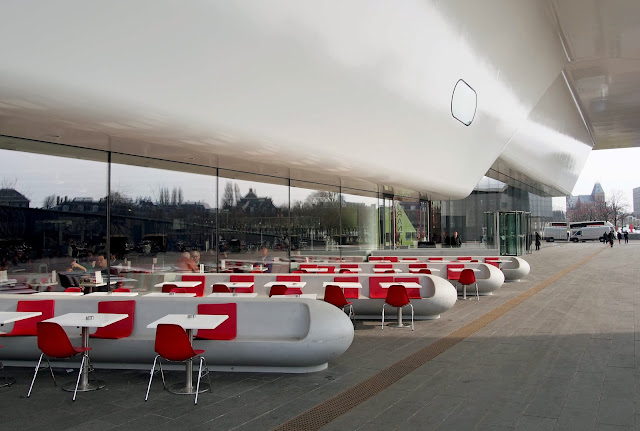 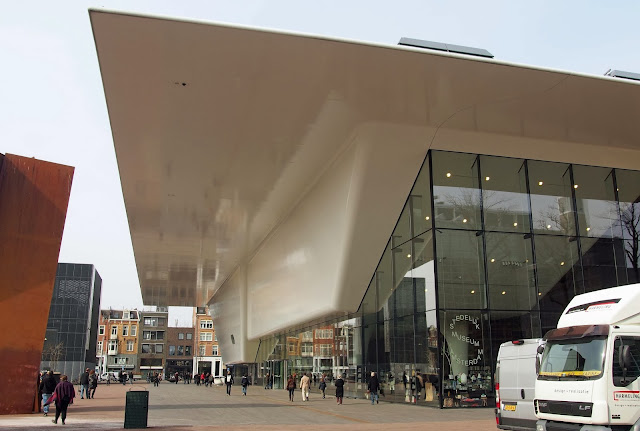 The Concertgebouw faces the large grass plaza that anchors the whole Museum District. It was here that we saw the preparations for the opening of the Rijksmuseum. A few big trucks were literally dropping tulips onto the pavement. 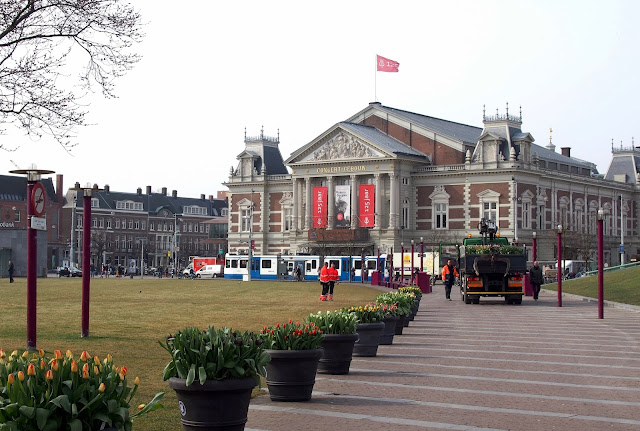 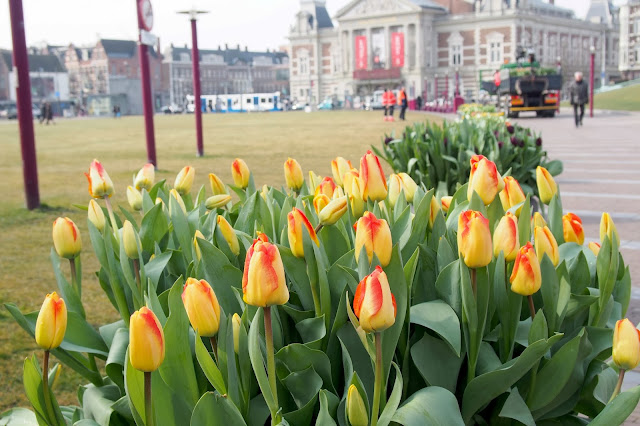 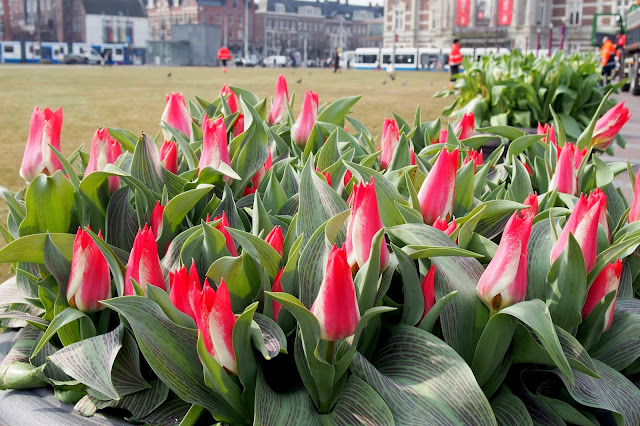 Even though it was quite a cold day, quite a lot of people were out enjoying the park. I don't know why, but it reminded me of the song by Noel Coward - Mad Dogs and Englishmen. 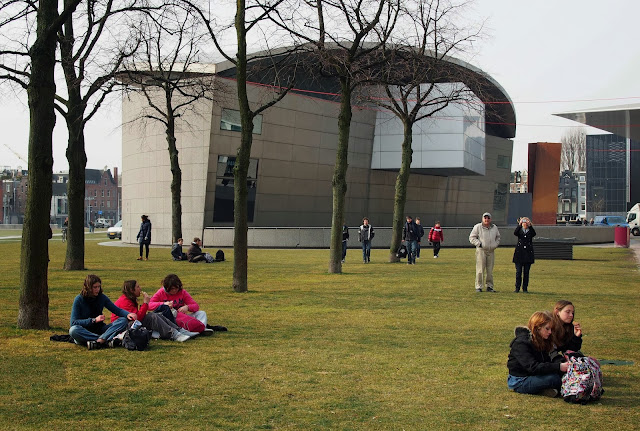 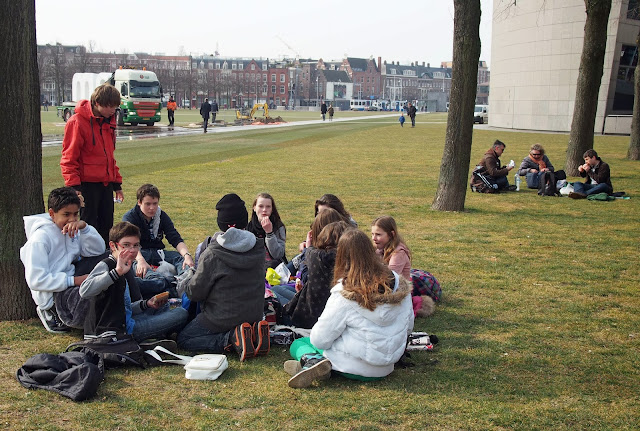