Another building that we were very interested to visit in Antwerp was the MAS Museum - designed by Dutch architects Willem Jan Neutelings and Michiel Riedijk. This is a new museum completed in 2011 and it brought together several collections from the Ethnographic Museum, the National Maritime Museum and the Folklore Museum and other institutions. We were more interested in the building which looked like it was made of orange-coloured lego bricks stacked together to form a cubic tower. A series of public spaces spiral up the building and these form the main circulation route which takes visitors all the way to the rooftop - where there is an open sky terrace offering great views of the city. 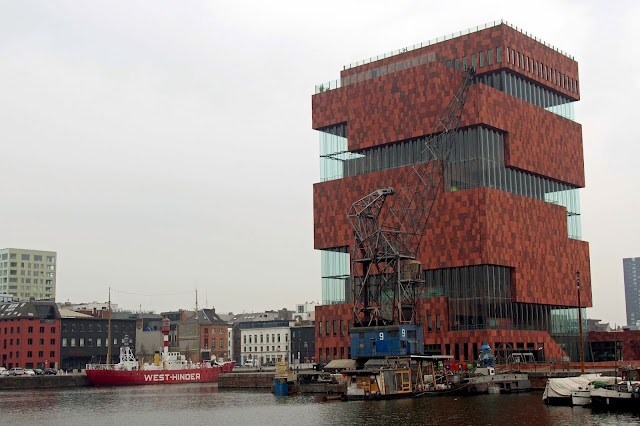 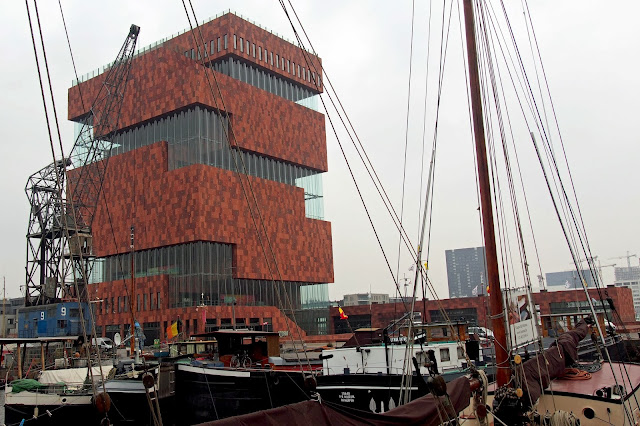 The iconic shape of the building is certainly interesting, and the curved glass panels facing the public spaces are an impressive feats of material engineering. 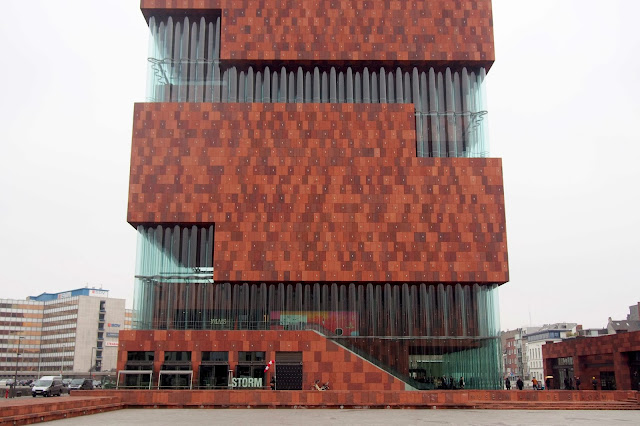 If you look carefully at the building facade, what at first looked like decorative dots on the stone walls are actually life-size hands carved out of stone. This is no doubt meant as an allusion to the legend which gave Antwerp its name. 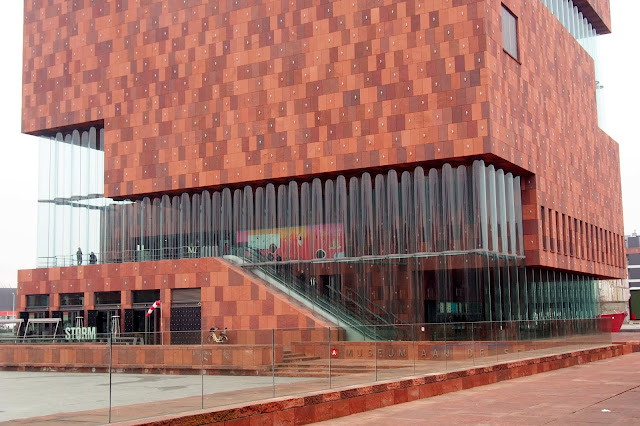 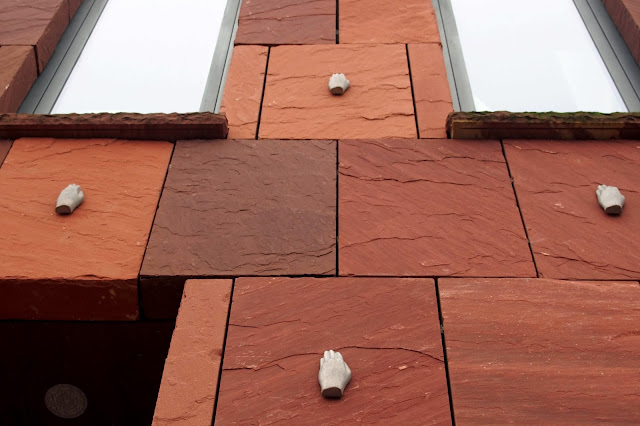 There is a 2-Michelin-starred restaurant at the top of the museum which has a 6-week waiting list - but if you are not in the mood to splash out on food - there is a more affordable cafe called Storm on the ground floor which is quite nice. It is a very fitting name as after visiting the museum we were caught in a heavy storm -  so this was where we killed some time while enjoying a nice coffee and free wifi. 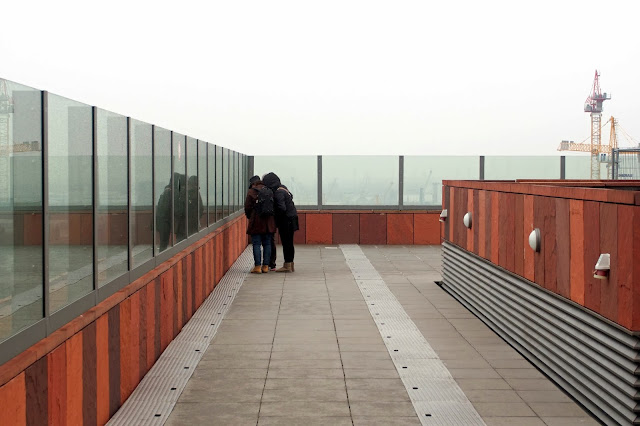 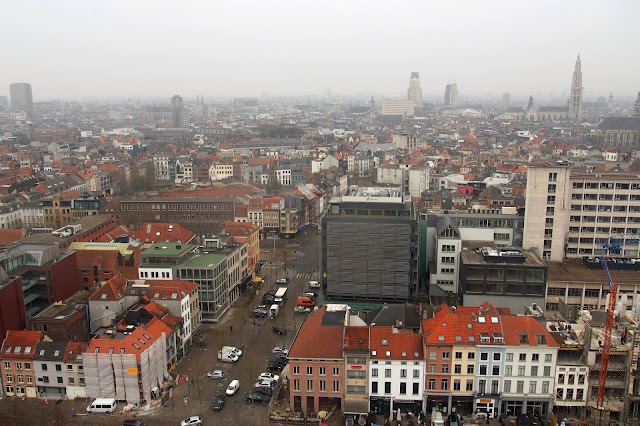 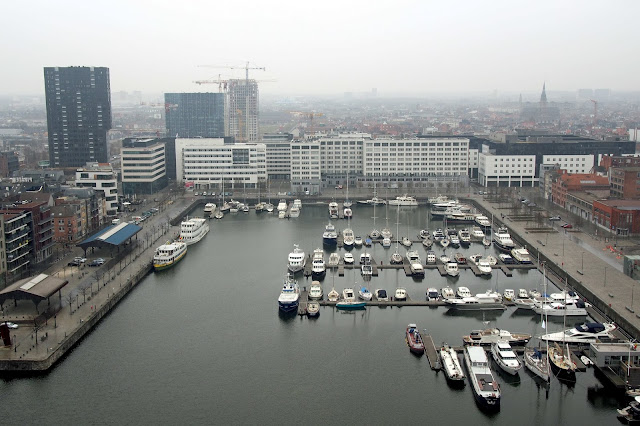 The appropriately named Storm Cafe where we took our refuge from the "storm". 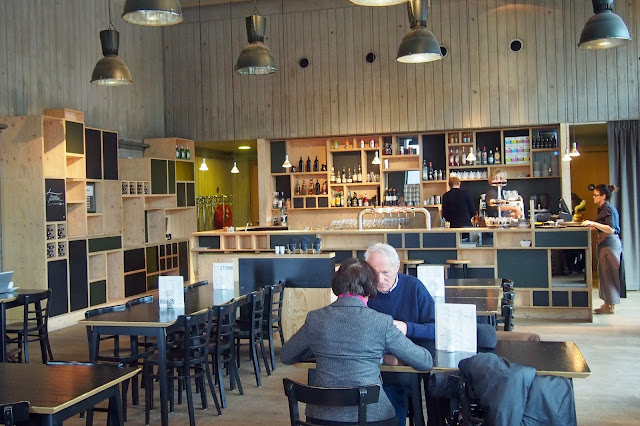