During the month of Ramadan most of the major hotels in town would offer a Buka Puasa Buffet catering to the Muslim community. While the majority of diners are indeed Muslims, there are also many non-Muslims who like to partake in the feasting, yours truly included !

It is not cheap to break fast at the hotels - typically around RM 80++ per person. If you bring the entire family that can add up real fast. We had some complimentary dinner vouchers which we got from a hotel package, so it was easier on the wallet.

Originally we had planned to go to the Grand Margheritta which boasted the biggest Buka Puasa Buffet in town. Unfortunately they were already overbooked, so we ended up at the sister hotel - Riverside Majestic, which is just across the road. The buffet here is served at the poolside instead of at the usual coffeehouse. It was a nice change being out in the open air. 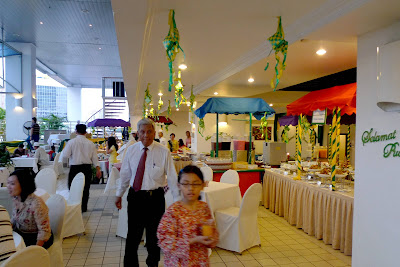 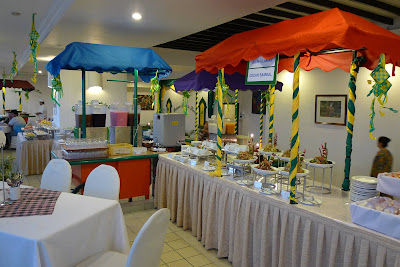 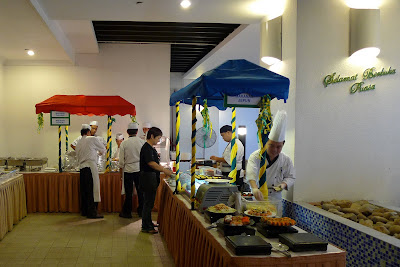 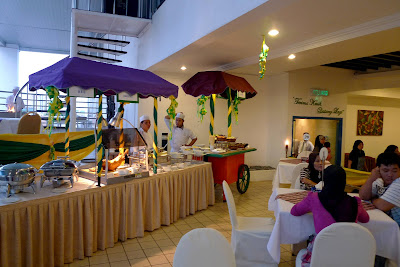 The buffet spread was no where near the one at Grand Margheritta. Still it was decent enough, with lots of cakes, salads, curries, sushi and even a whole roast lamb. 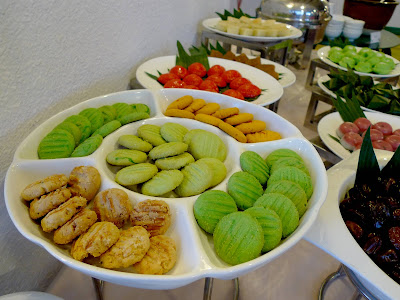 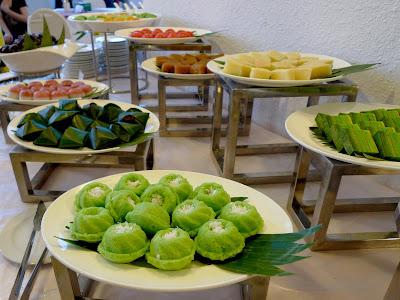 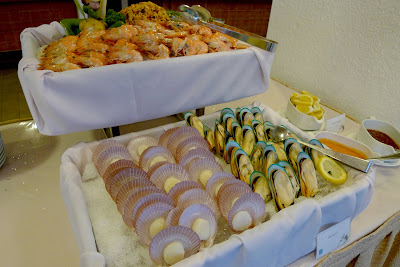 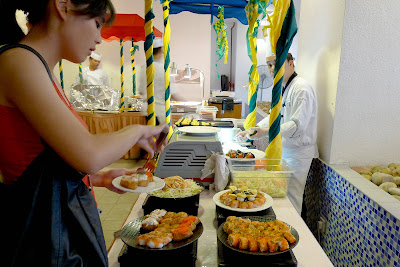 For a Buka Puasa meal, liquids are essential. Here they have quite a nice selection - green tea, date tea, Air Bandung (Rose Water Syrup with milk), and black current juice. 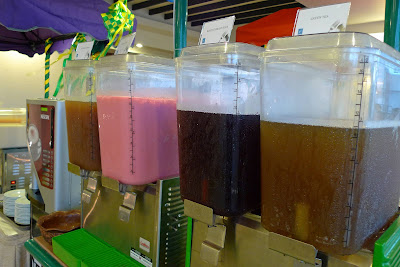 The whole roast lamb. Unfortunately the meat was a bit tough. 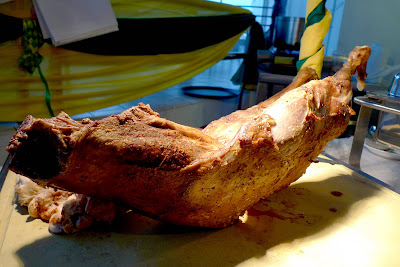 The salad section was very nice - local Malay salads are called "ulam" and is an aromatic mixture of herbs, spices, greens with meat or fish. 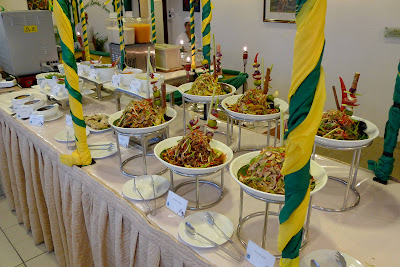 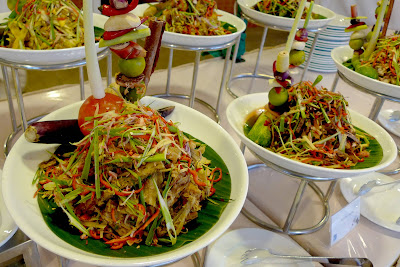 Like most buffets, the food looked better then they tasted. After sampling a bit of everything we were stuffed anyway. The drinks station was actually the most enjoyable for the thirst-quenching elixirs.

Nate @ House of Annie said…
We went there the other week. The selection is decent and the quality was consistent (except for the beef and lamb which we found tough). However the sushi was good and we availed ourselves of as much sashimi as we could handle.
August 26, 2011 at 10:36 AM

Anonymous said…
can you tell me what is the price for adult and child? do they have discount during ramadhan?
July 17, 2013 at 3:21 PM