Across the road from Sanlitun Taikoo Li is another huge urban development – Sanlitun Soho. The development was planned and designed by Japanese architect Kengo Kuma. Unlike Tai Koo Li which is mainly commercial, here it is mixed-use with office and residential towers sitting on top of a commercial podium. 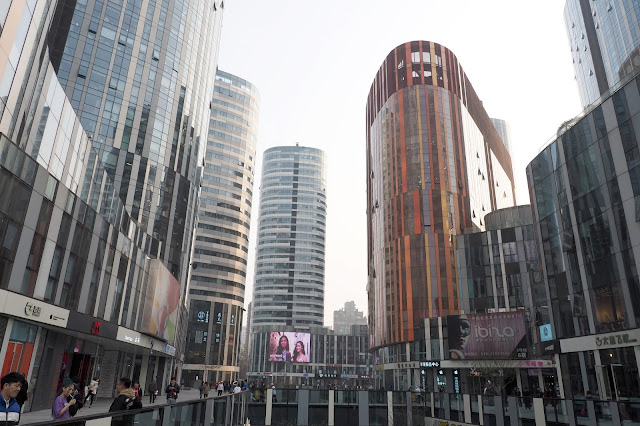 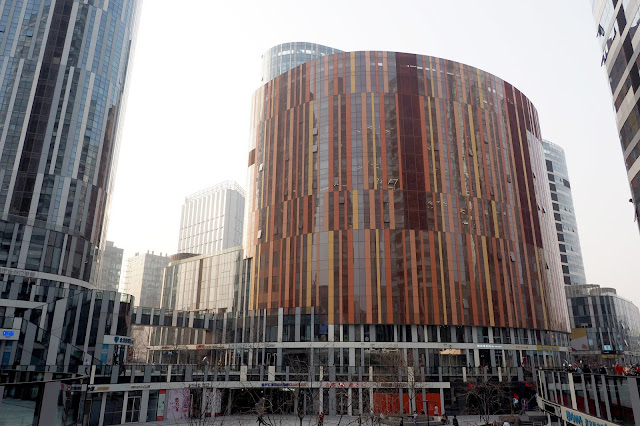 The project consists of 5 office towers and 4 residential towers – all curvilinear in shape. They are organized around a central landscape spine. The towers have mostly the same façade design with vertical strips of glass and aluminium cladding. Most are blue and grey except one tower in the middle that stands out in red. 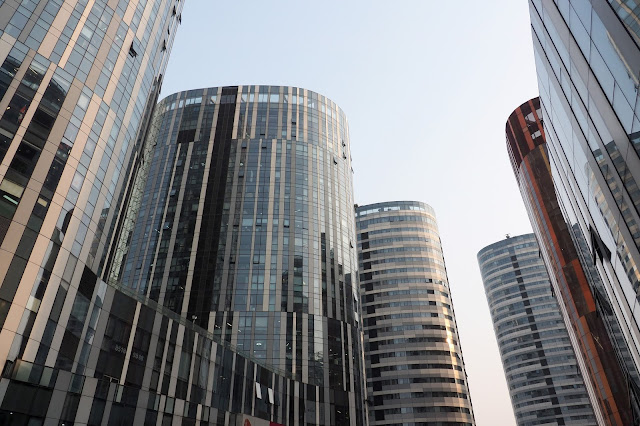 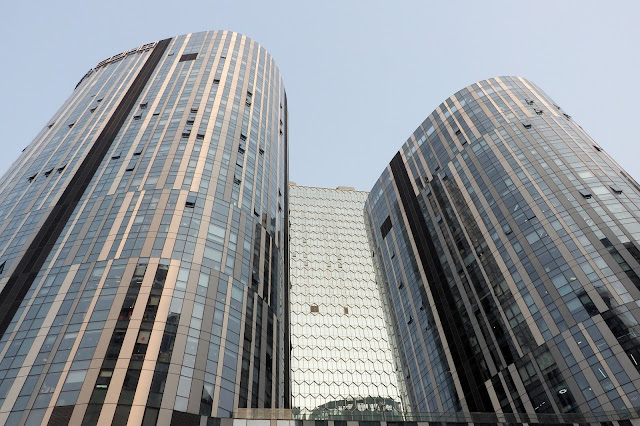 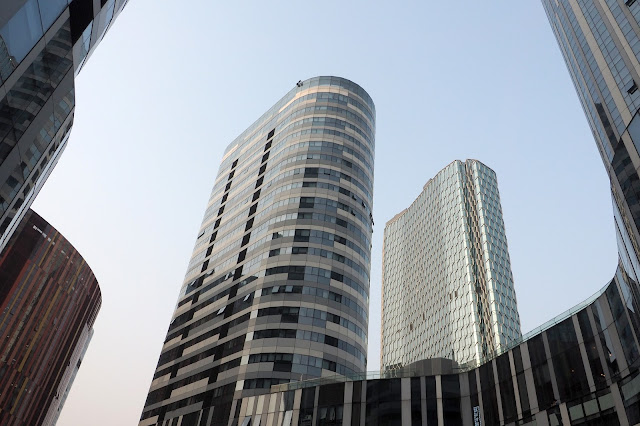 On the whole, this project did not excite me as much compared to Kengo Kuma’s other works. Many of the forms and design choices feel a bit generic. I guess it is difficult to be excited by what is essentially an office and apartments development. 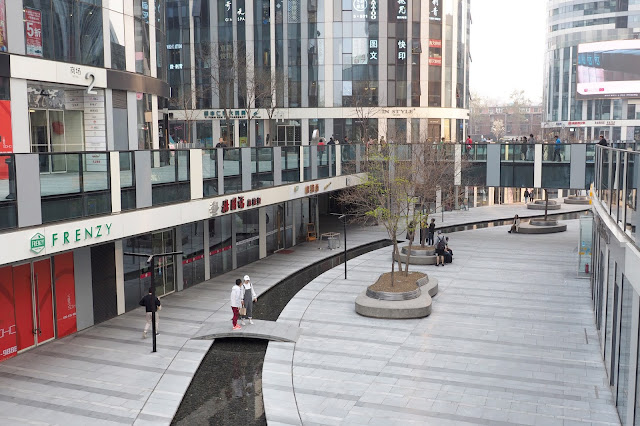 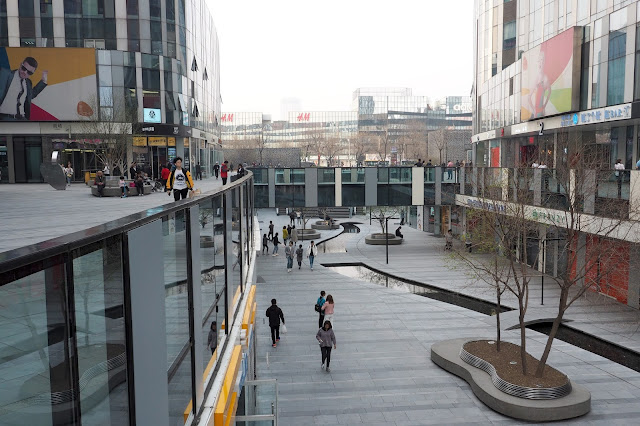