My last visit to Beijing we tried the Peking Duck at Quanjude. Many people said it is very commercialized but I found it a satisfying and enjoyable experience. This trip I wanted to try a different restaurant. I shortlisted down to three – Da Dong, Siji Minfu and Duck de Chine. In the end Duck de Chine won out because of the many great reviews and the interesting location.

Duck de Chine is located within 1949 – The Hidden City. This is a former factory complex with mostly red brick buildings, converted into a dining and nightlife venue. Like many such projects in China - the overall development is very well done and I wish we could have more of such venues back in Malaysia. 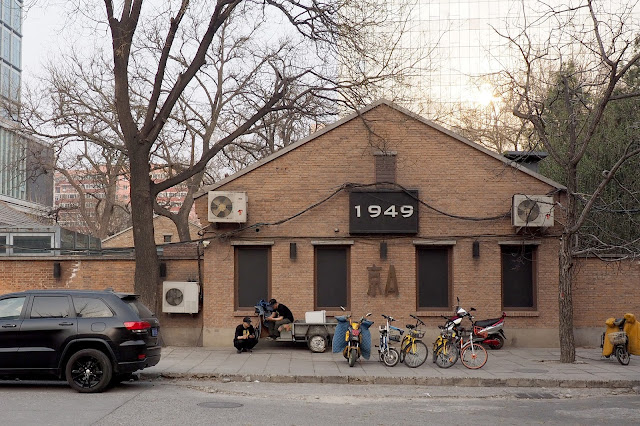 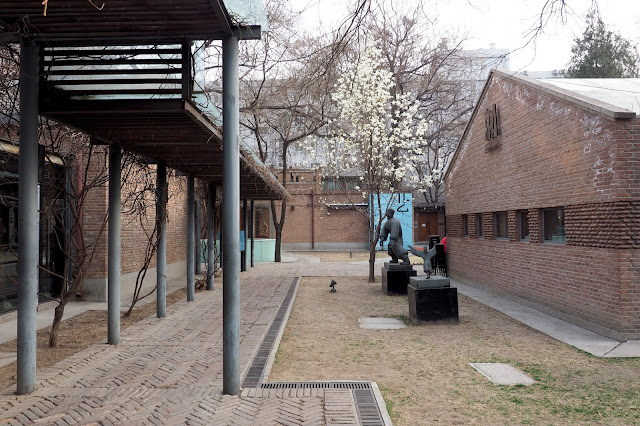 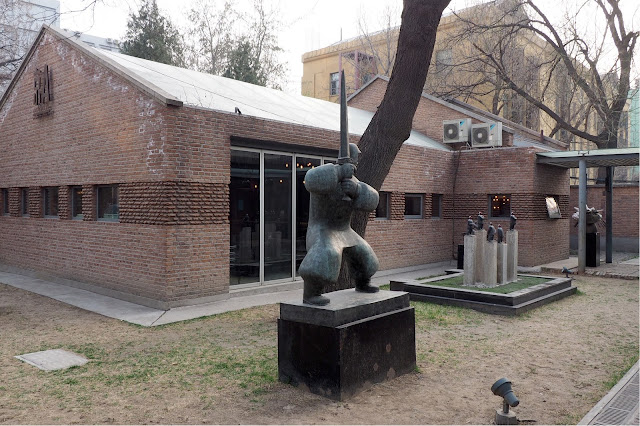 The interior of Duck De Chine is certainly impressive - befitting a high-end restaurant. The dining area is not very big, the tables are all laid next to the windows with views into the gardens. 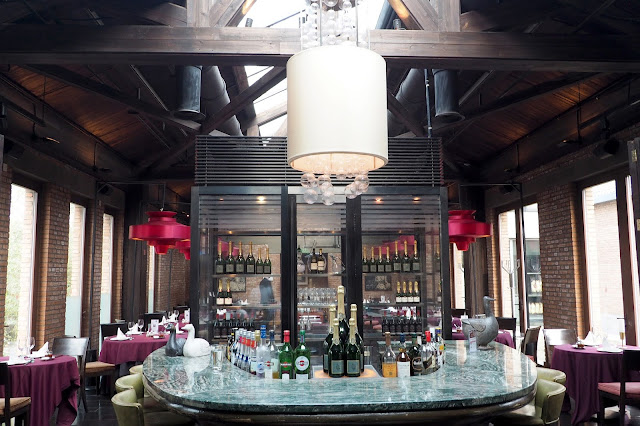 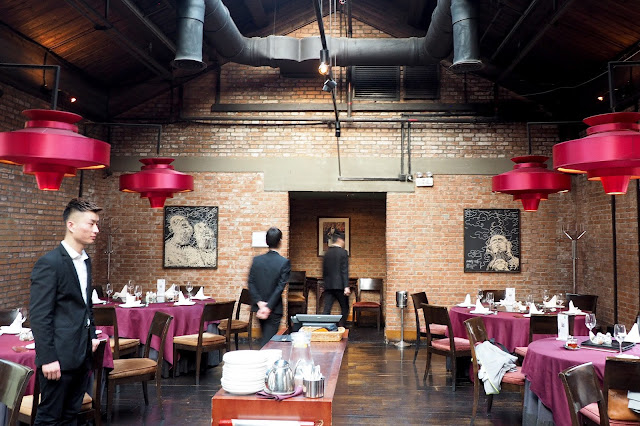 We ordered a whole Peking Duck, and a side dish of Braised Beancurd Skin, thinking that it would be plenty for 2 persons. The duck was served on a carving trolley, and expertly carved by the chef. 2 plates of duck breasts with the beautiful roasted skin were presented on the table, then the chef disappeared with the duck. We proceeded to enjoy it with the pancake wrap and condiments. It was indeed a very good Peking Duck. The meat was tender, juicy and infused with the fragrance of jujube wood which is used for the roasting. The skin was very crispy and delicious. 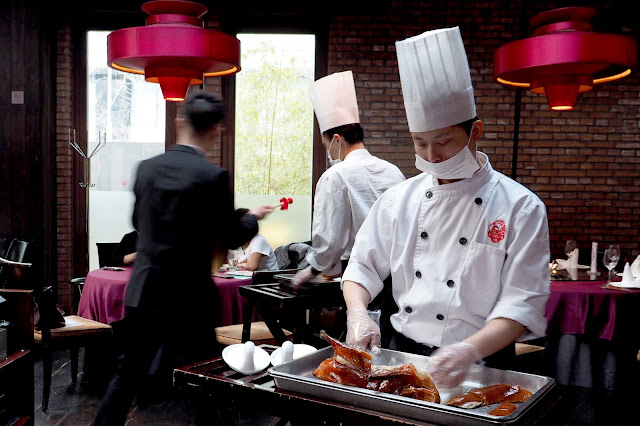 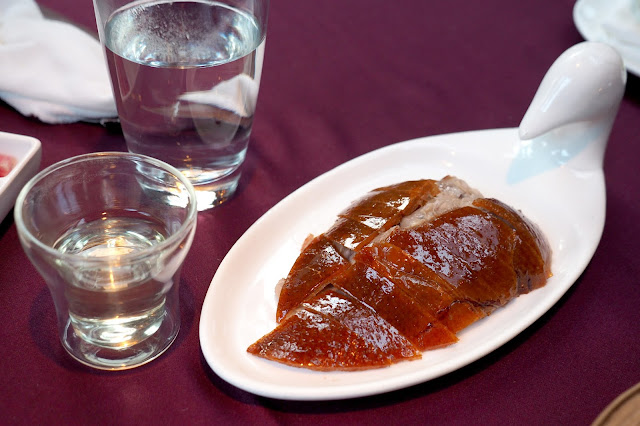 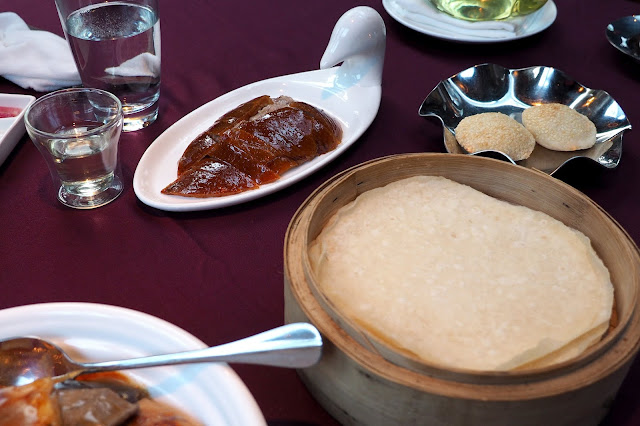 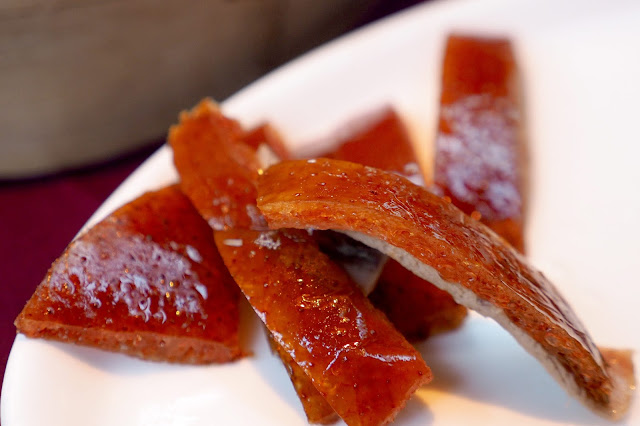 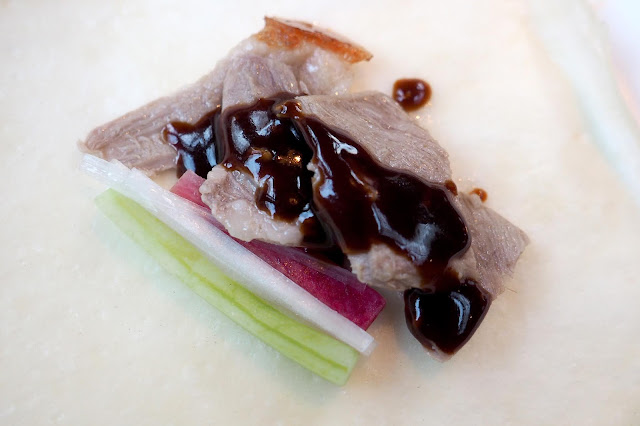 The Braised Beancurd Skin was well executed and tasty. 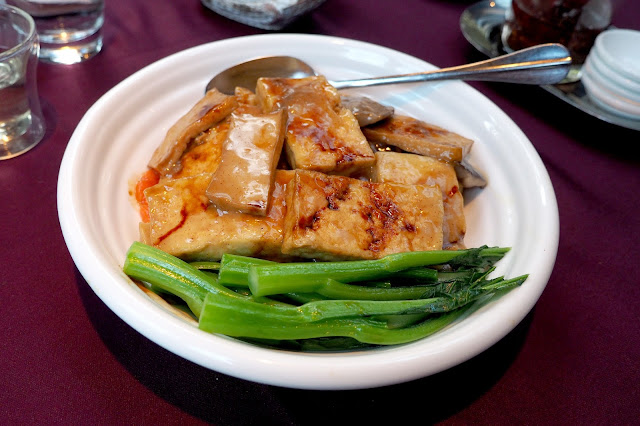 After a bit of prodding, they finally came back with the rest of the duck chopped up and served to us with a bit of reluctance. There was so much meat left – especially on the drumsticks and the thigh. We were more than satisfied after that.

The whole Peking Duck here is RMB288, or around RM180. To get just two portions of the breast meat and skin is ridiculous. The condiments are RMB10 extra. Why? The duck is no doubt very good and easily one of the best in Beijing, but I feel that they try to nickel-and-dime the customers, which left a sour taste in the mouth. As good as the duck was, I don't think I will go back. 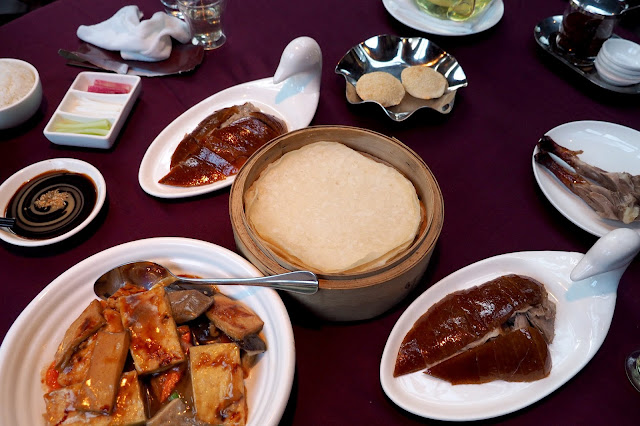