Can one visit Beijing without visiting the Forbidden City? Difficult question. While it is no doubt the most important sight in Beijing, it is also the most crowded. Whether or not it is worth the visit depends on how well you handle crowds. 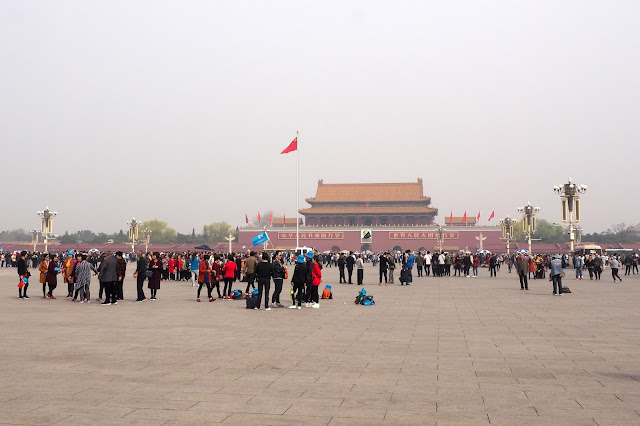 We planned to take a cab to The Forbidden City early to beat the crowds. Unfortunately, after a few minutes of driving the cab driver suddenly told us there was some kind of event going on near The Forbidden City, and he would not be able to get us there due to roadblocks. I think he was trying to scam us, but I pretended to speak Chinese poorly so he was not getting anywhere. He then dropped us at the nearest MRT station and asked us to use the MRT instead. So much for our plan to get there early.

The MRT ride was not an easy one. We had to change lines several times, and the trip took much longer than expected. By the time we got to the gate, there was already a sizable crowd. To make it worse - there didn't seem to be any events going on like the taxi driver had claimed. Looked like he just didn't want to take us where we wanted to go. 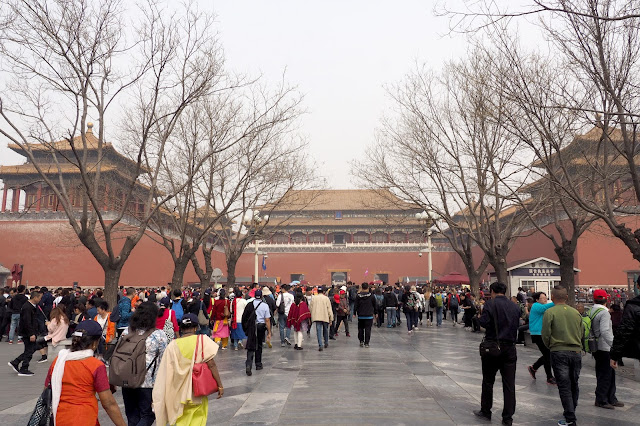 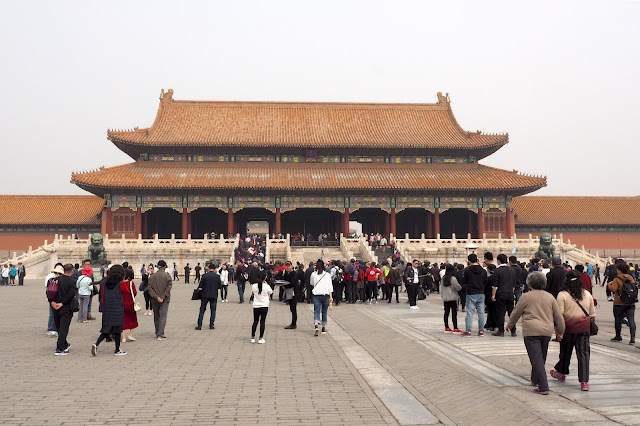 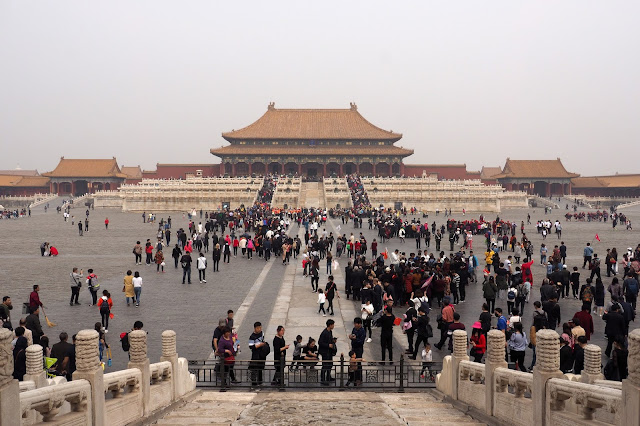 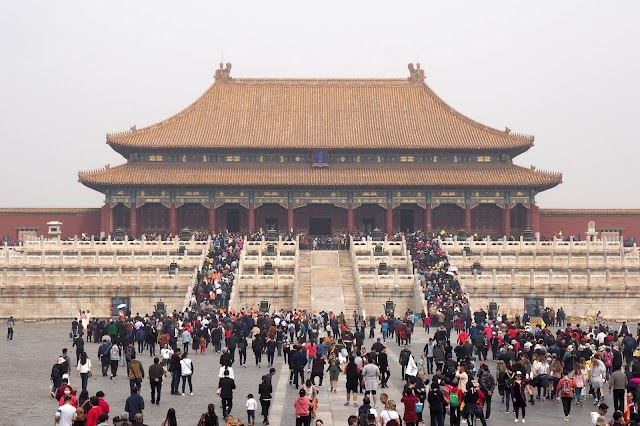 We had an appointment for lunch, so unfortunately we were only able to get to the Hall of Supreme Harmony before having to call it a day. We left via the East Gate - Donghuamen, which is surprisingly understated compared to the main gate. This visit felt a bit rush due to the time wasted with the taxi driver, and it was definitely not a good start for the day. 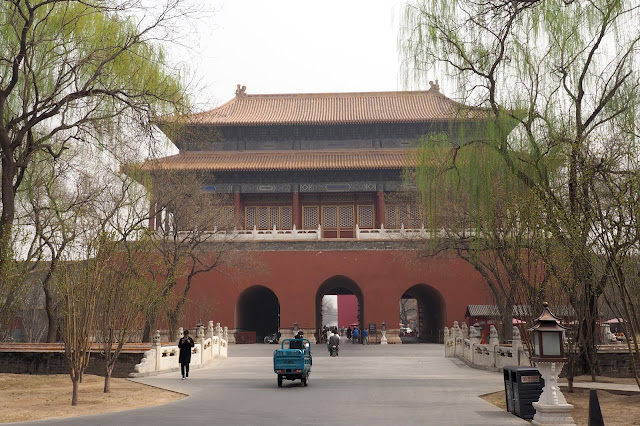