By the time I reached Osaka City and settled down in my hotel, it was already around 8.00 p.m. I was staying near the Shinsaibashi area and the shopping streets were just across the road. Feeling quite hungry I tried to find a nice place for dinner. I bumped into a Ramen shop near Dotonbori which had pretty loud signages outside, though I couldn't understand most of it. I could only make out some Chinese (Kanji) words which meant "Osaka Style" and "Black". 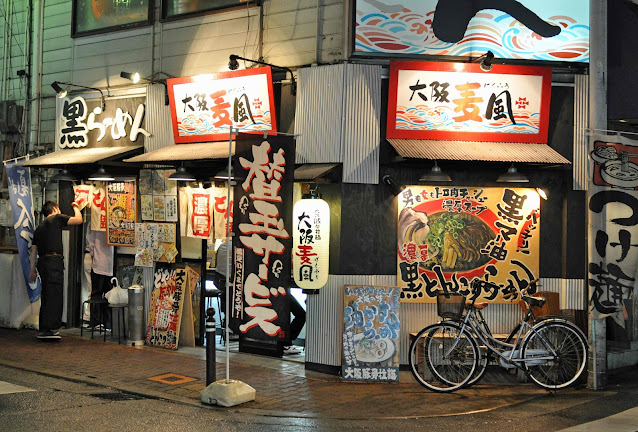 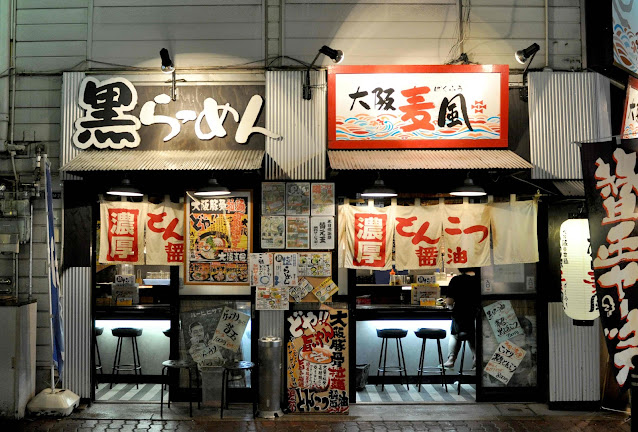 It was one of those hole-in-the-wall outlets. There was only a counter next to the kitchen where everyone sat. Thankfully there was an English menu. They served several styles of Ramen here - Tonkotsu (pork soup), Tsukemen (dipping noodles), and dark soy sauce. I ordered the Tonkotsu with all items - which came with Chasu, eggs, and wood ear fungus. 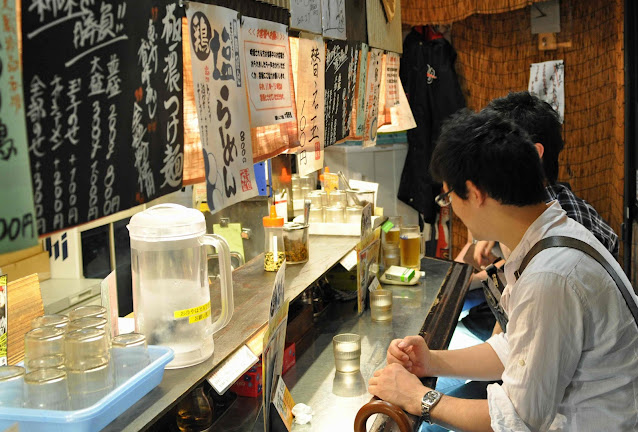 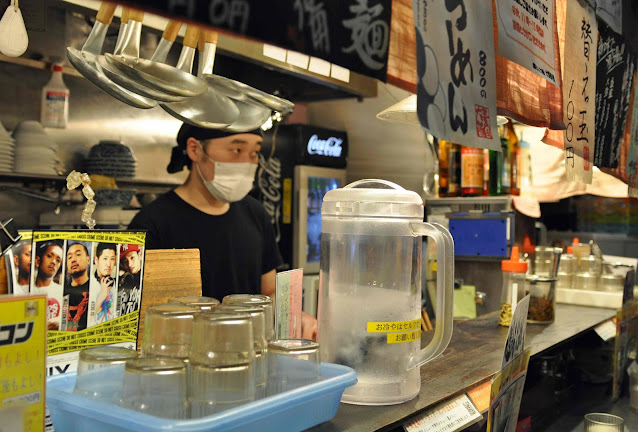 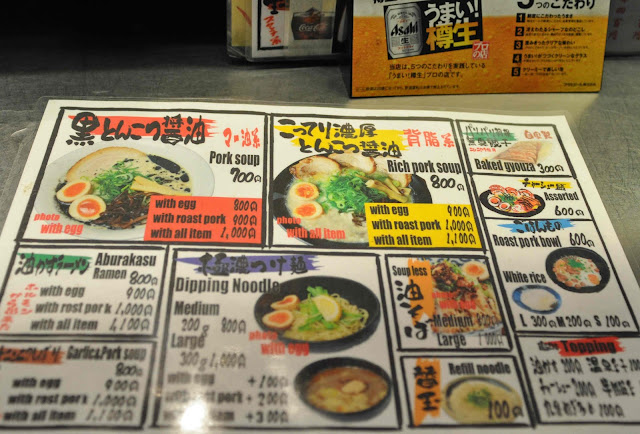 If this is your first time having Tonkotsu Ramen, you will probably get a shock from the amount of fat in the soup. The broth is made by boiling pork bone, pig trotters, and chicken bones for a long time until all the fat, collagen, and marrow has emulsified into the soup. It has a thick and creamy texture - lots of "umami" flavour that is just so comforting. The Chasu was melt-in-the-mouth, and the eggs had the requisite soft centre. 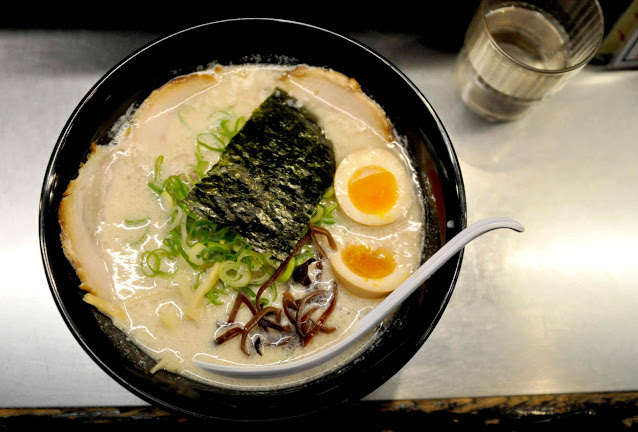 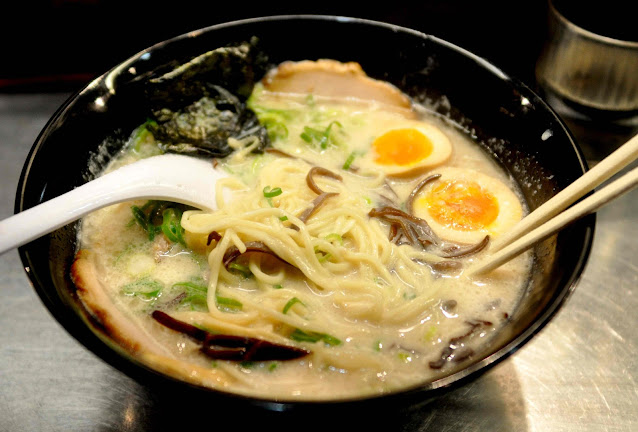 I would not say this was the best Ramen I've ever tasted, but it was damn good and definitely a fitting meal for my first night in Osaka.