Ipoh is such a charming town and it should be a lot more popular with travelers. There is however one main reason why most people still avoid it - the distance and transport options for getting there. Being around 200 km from KL, driving there would easily take 3 hours in good traffic. If you are unlucky to be caught in a jam, like one of my friends recently - it could become a 5-hour nightmare. Taking a taxi there would set you back probably around RM 300 if you can find one driver willing to take you.

There are bus services now from the Low-Cost Terminal (LCCT) to Ipoh which makes it a lot more convenient if you are flying in. But if you are in KL, the best option to get to Ipoh now would be to use the ETS (Electic Train Service) from KL Sentral.

I actually took the ETS from Ipoh to KL Sentral on my way back. To make sure I had a seat, I went to the Station to get a ticket the day before. The girl at the ticket counter said don't bother just buy the ticket on the day. Big mistake! When I went back the next day - luggage in tow, I was told that the train I wanted was full! Short of panicking, I asked them what were my options. The next train would be 2 hours later and I would miss my flight. I found out that I could actually get on the train "ticket-less". I would have to buy a ticket on board and pay a small penalty. What a relief!

The problem with traveling on the ETS ticket-less is you don't have an assigned seat. My journey was spoilt somewhat because I had to keep changing seats whenever the train stops at a station and someone inevitably had a ticket for the seat I was sitting on. This kept happening until the nice young lady conductor found me, sold me a ticket, and asked me to sit somewhere that was not already occupied.

The ETS journey from Ipoh to KL Sentral takes around 3 hours. The train was brand new, very nicely designed and the seats were very comfortable. There were power sockets near every seat and wifi on board. In some ways, this was better than flying and great if you are a digital warrior.

Ipoh Central Station is a handsome Colonial building right in the town centre. 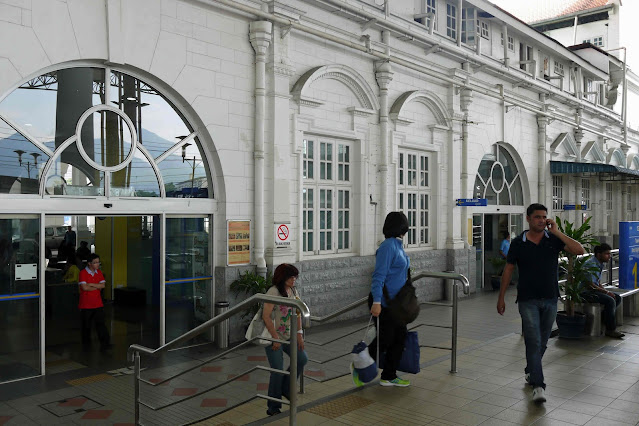 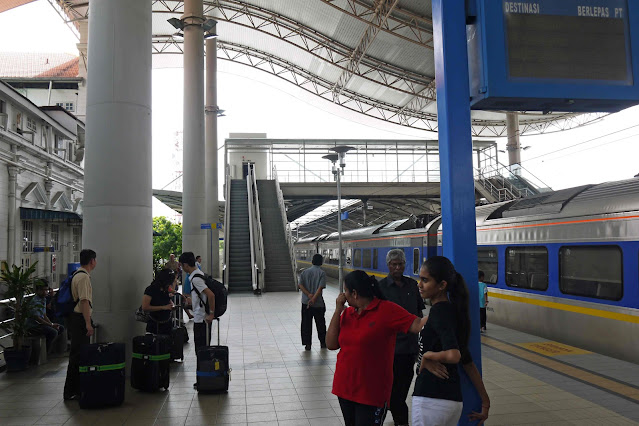 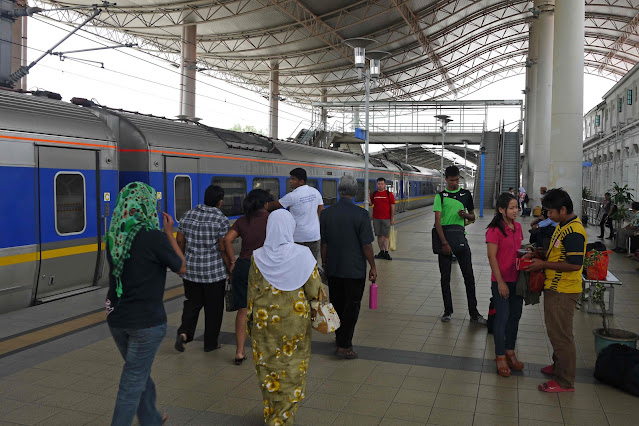 The interior of the train is modern and comfortable. 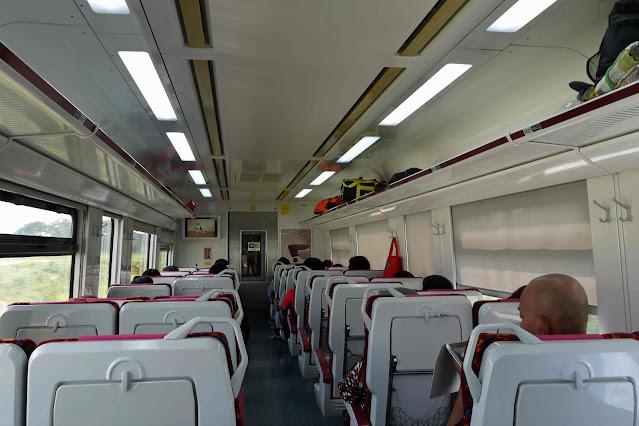 With the ETS service, I would not hesitate to go to Ipoh next time around. You could even make a day trip if you want!