Yut Kee Coffeehouse (Kedai Makanan Yut Kee) is an institution in Kuala Lumpur. It is very popular among the locals, and so many bloggers have blogged about it. Even though I had visited KL many times, I never had the opportunity to try the place until recently. It is not really a place you want to go alone, as its usually packed to the brim.

The coffeehouse is in an old corner shophouse along Jalan Dang Wangi. It looks like it has never been renovated since it opened, and thus has acquired a veneer of old world charm. The floor is in matt green and grey mosaic that has disappeared from the market many years back. The tables are old kopitiam tables with marble top, complete with wooden French café chairs. I like it. 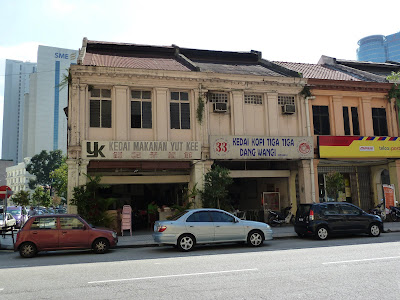 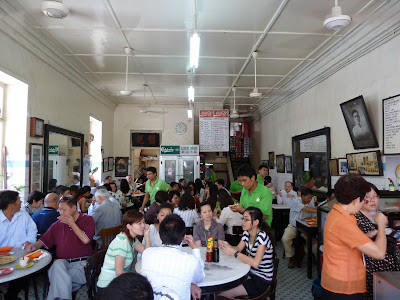 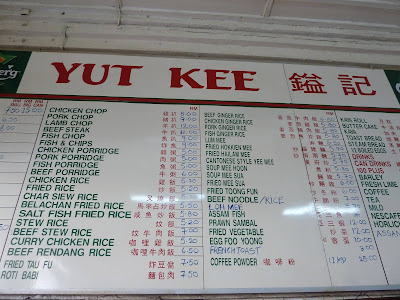 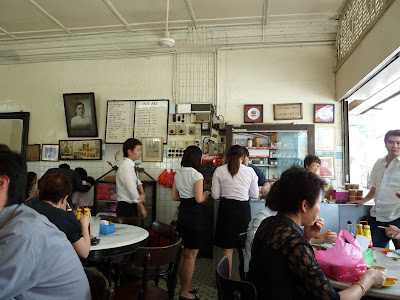 We ordered the famous Roti Babi, Yut Kee Pork Chop and Chicken Chop. The Fried Hailam Mee on the menu board looked interesting, so I ordered one of that as well.

Roti Babi is basically a sandwich filled with chopped pork and onions. It is then lightly battered and deep fried. The filling was nice – sweetness of the pork and onion came through really well. I didn’t quite like the bread very much – just normal white bread without much texture or flavour. As a package though it hits all the right spots and I can see why it is so popular. 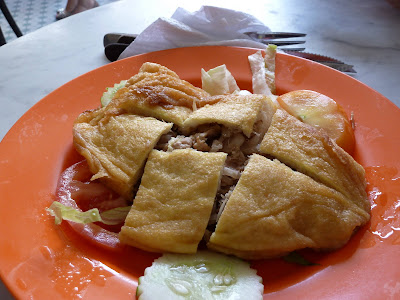 The Pork Chop was much nicer – tender and flavourful, no doubt with the help of much chicken powder. As a cheap yet satisfying lunch, you can’t complain too much. 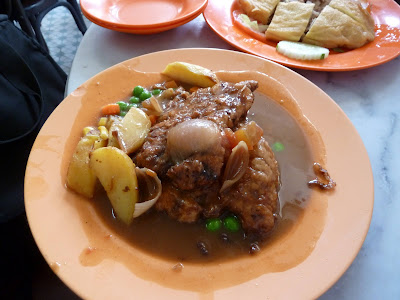 My friend’s Chicken Chop tasted similar except for the meat. I prefer the pork. 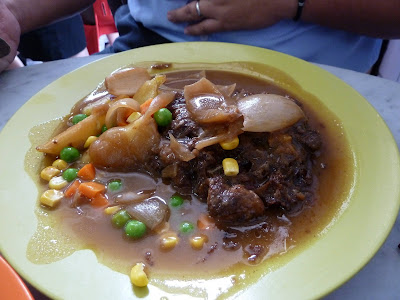 The best dish was the Fried Hailam Mee. It is similar to Hokkien Mee with a brown sauce, except that this has bits of squid, pork and chicken giblets. The best part was the bits of deep fried pork lard that was sprinkled on the noodles. Really delicious – I can finish 2 plates of this if not for the pork chop and Roti Babi ! 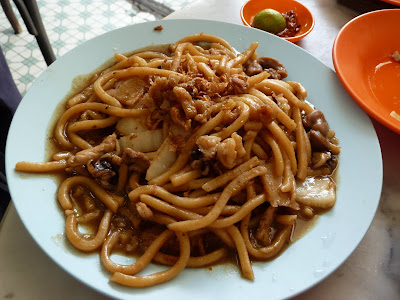 Yut Kee also serves their special Roast Pork on Fridays and Sundays. I would try to make it back one day for that.
Email Post
Labels: food Kuala Lumpur Malaysia