SOHO Shangdu is another project by SOHO China. By their usual scales, this is a small project. It consists of a shopping podium with an office tower and an apartment tower - quite a typical program for a commercial project. The architect is LAB Architecture Studio of Melbourne Federation Square fame.

Close up, the project isn't as impressive. It feels like a typical commercial development with some signature design tacked on for effect. Everything happens on the surface - and feels superficial because of it. Even the interior is a bit half-hearted, the atrium too small to achieve any intended effect. 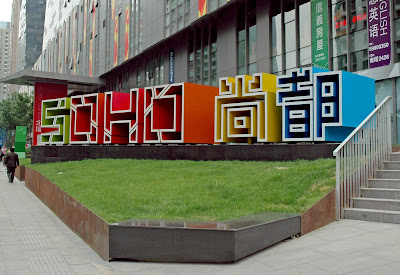 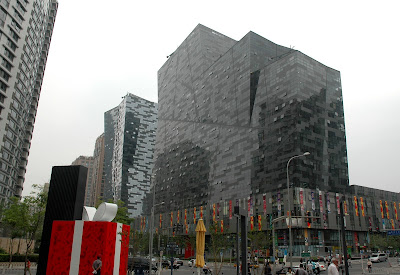 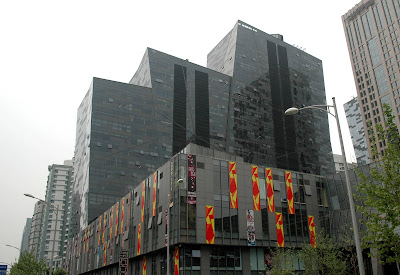 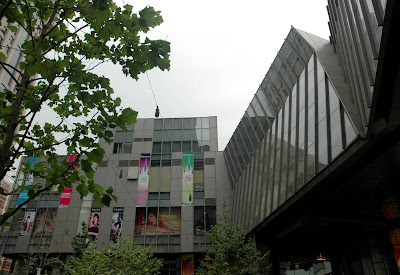 The very small atrium in the main building. 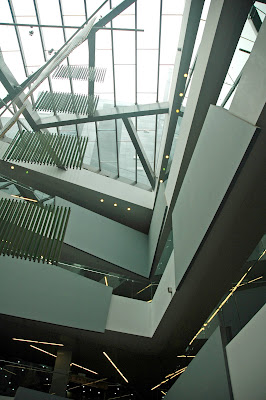 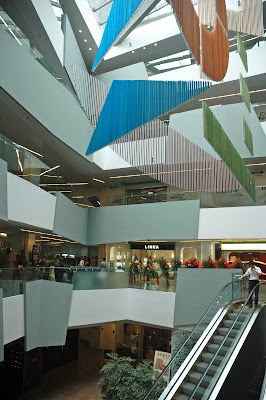 The stand-out feature of the project is no doubt the facade design which has a random pattern of glass and stone finishing. From some angles, the play of light and texture on the skin is quite enticing. 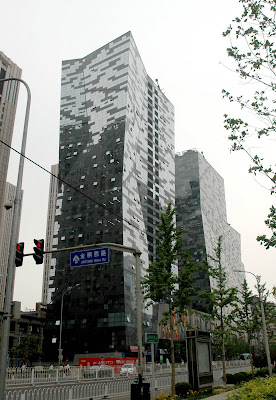 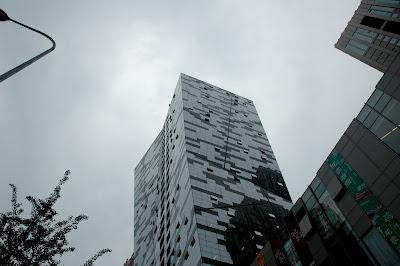 The SOHO Shangdu project shows how difficult it is to make high design concepts work in a commercial project. Sometimes a more straight-forward, "commercial" approach can be more effective and honest.

Magnus said…
Great photos! Those buildings look realy special. The composition is so strange that it might be beautiful:)
August 14, 2009 at 10:57 PM

China Car Service said…
This is very beautiful place. but when i visited china i enjoyed my journey on many places without worry because i hired china car service with professional driver.
August 15, 2009 at 5:55 PM

Malaysia Asia said…
Wow, nice pics and that SOHO building rocks! I will visit Beijing by next year! I promise! There is so much to see there. Thanks.