The Tokyo International Forum is a convention centre right in the heart of the city. It is near the Tokyo Central Station - in Marunauchi, Chiyoda District. Designed by Rafael Vinoly - an Uruguayan-American architect based in New York who won it through an international competition, it created a sensation at the time it was built due to its sweeping form and impressive steel structure which covers the main atrium space. 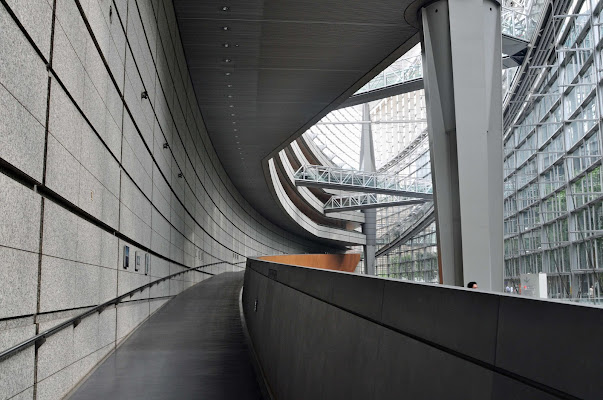 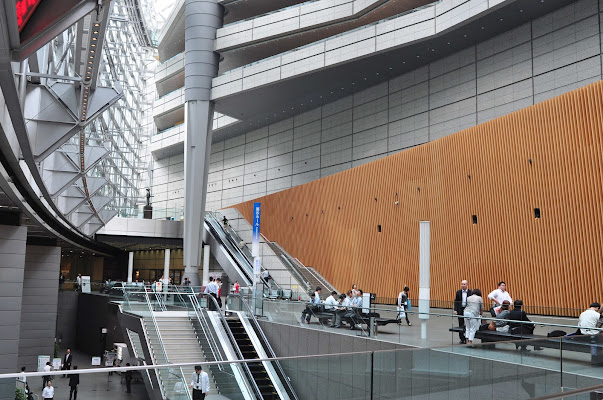 Though it is a huge building, when you actually visit it is difficult to sense the scale as it is surrounded by other equally large structures. There is not much that you can see outside, but the large multi-storey atrium that serves as the main lobby and circulation space is impressive. The steel roof structure is shaped like the barrel of a gigantic ship, and seemingly held up by 2 huge masts. 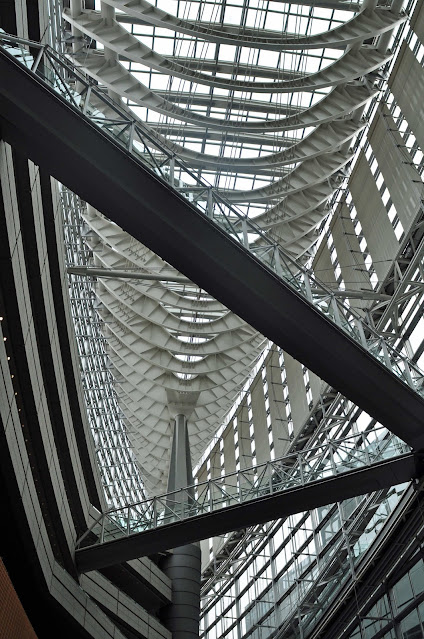 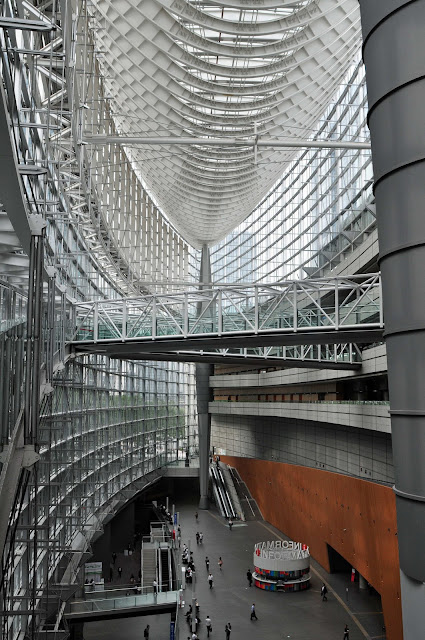 The only way to visualize the whole building complex is through an aerial photograph which is helpfully placed in the lobby. Here you can see that the curved atrium building is flanked by the railway lines on one side. The largest auditorium can house around 5,000 people. 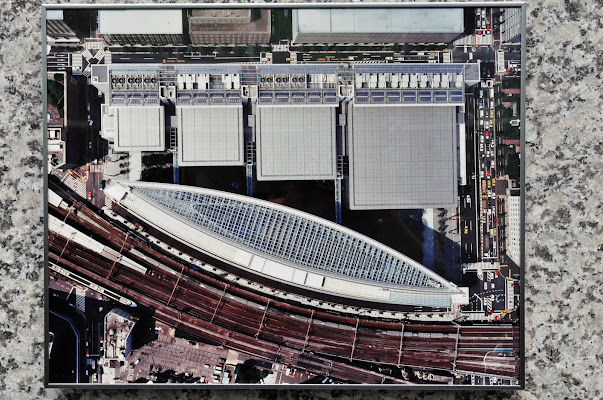 What I find very interesting about this building is that some of the exhibition spaces are visible from glass bridges connecting from the atrium to the convention spaces. 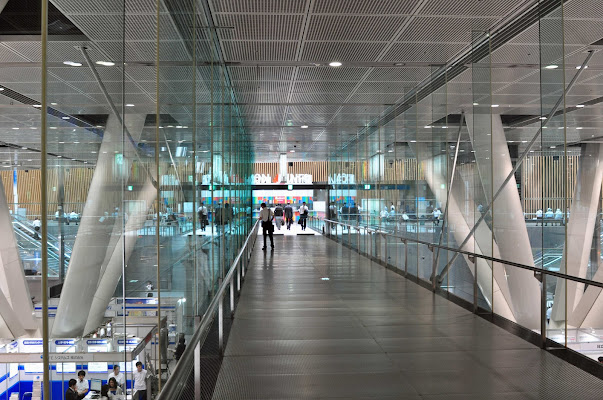 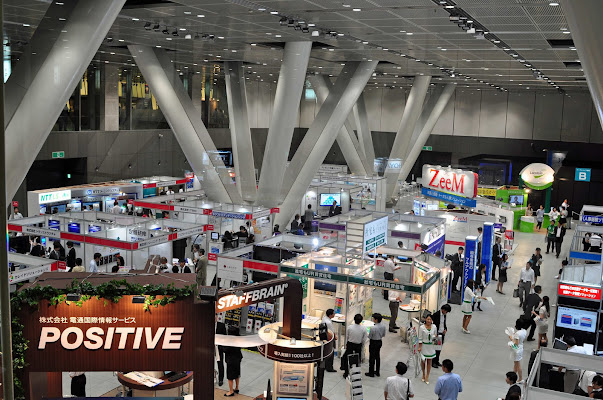 The atrium at night. 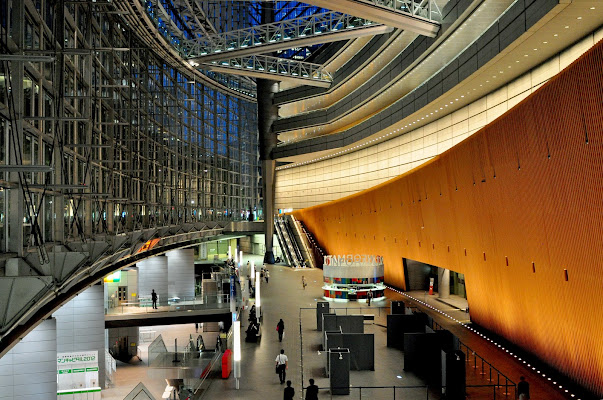