The Mori Art Museum is at the same level as Tokyo City View, i.e. right at the top of Mori Tower. It is quite unusual to find a museum in a highrise office tower - let alone right at the top where the view is the most premium. I guess this shows the importance that the Tower's developer placed on art. 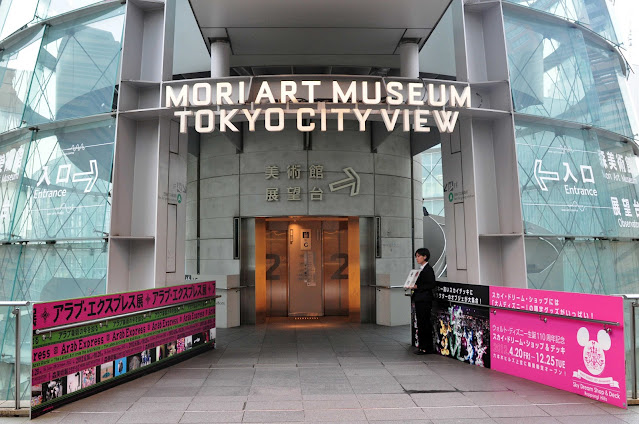 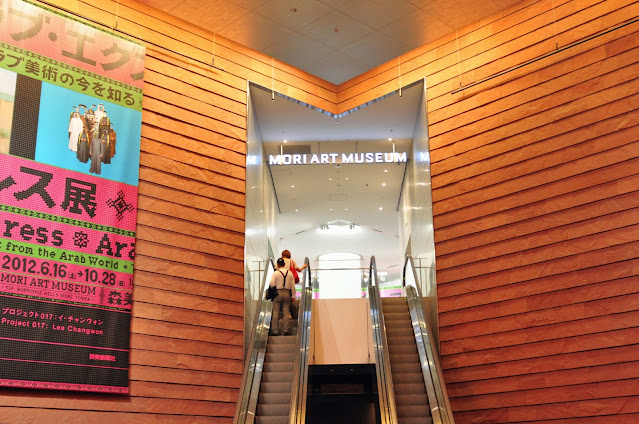 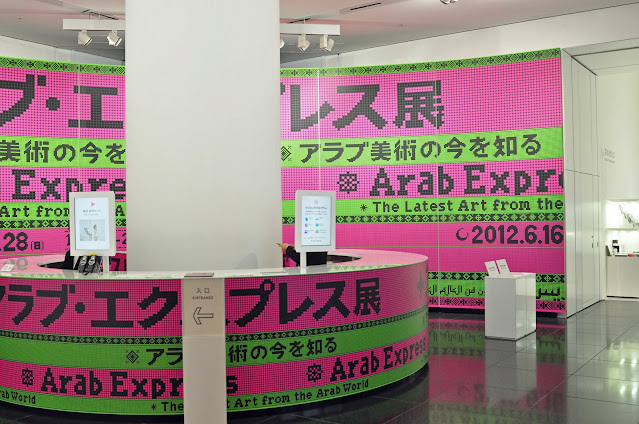 The Mori Art Museum has no permanent collection. Instead it features a constantly revolving exhibition showcasing works from some of the foremost artists working today. While I was there the exhibition was called Arab Express - featuring cutting edge works by artists from the Middle East. 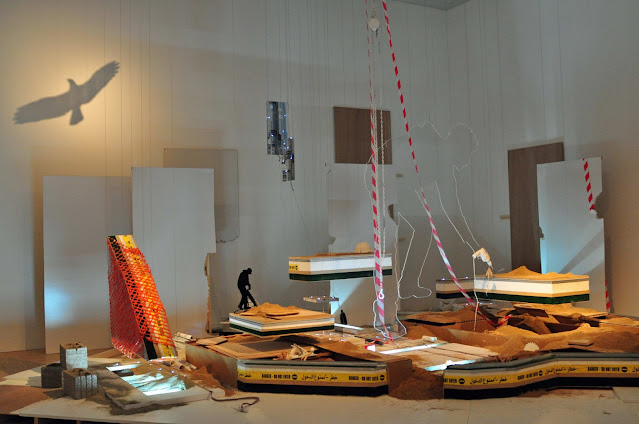 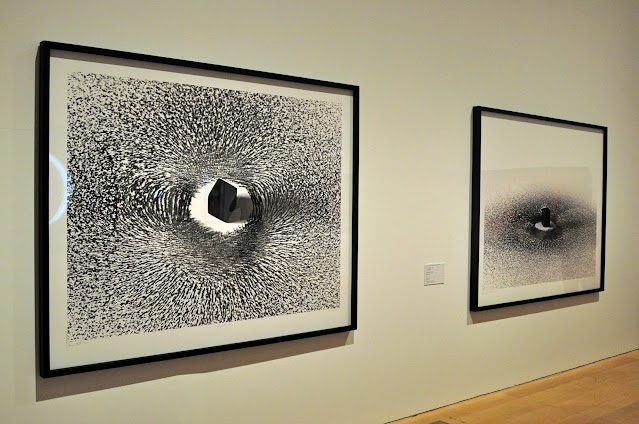 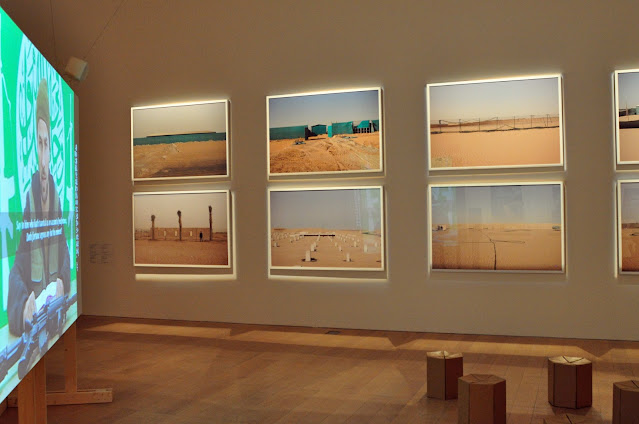 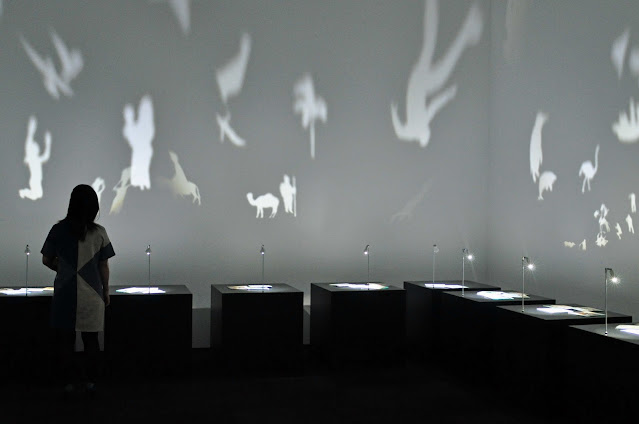 A lot of the artists work with the idea of collage - juxtaposing images from everyday life with images of wars and destruction. They express quite strongly their feeling of anguish living in a world that is often dangerous and precarious. 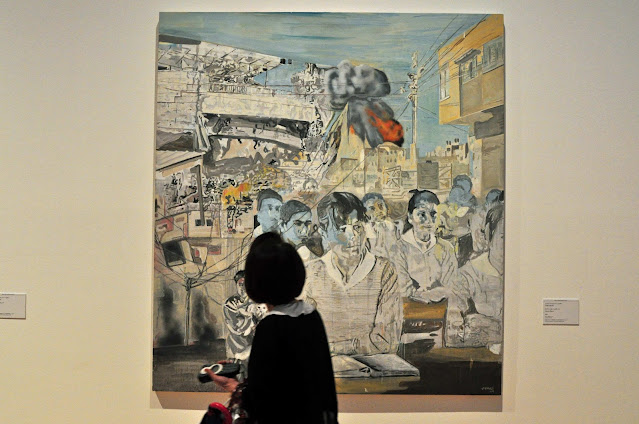 One of the most moving exhibit was a series of photographs of a city square. The square looks really beautiful in the photographs, but when you read the text you realize that many executions had been carried out in the square. 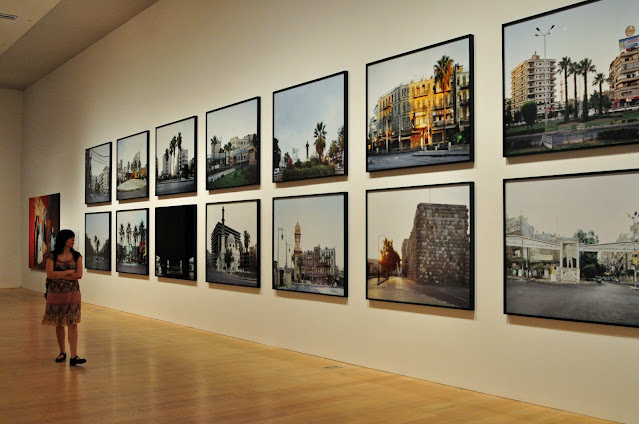