The Vienna University of Economics and Business was founded in 1898 to provide training to future business for the Austro-Hungarian empire. It has grown to become one of the most important institutions in Austria - and many of the Austrian business leaders and politicians received their education here. Due to expanding student numbers - the university was moved to a new campus at the 2nd District in 2013. No expenses were spared - internationally renowned and cutting-edge architects were engaged to design the building complexes.

One of the most striking buildings on the Campus is the colourful Departments and Administration Building - which was designed by Sir Peter Cook and CRABstudio from London. The facade is covered by vertical and horizontal fins of raw timber sunscreens. 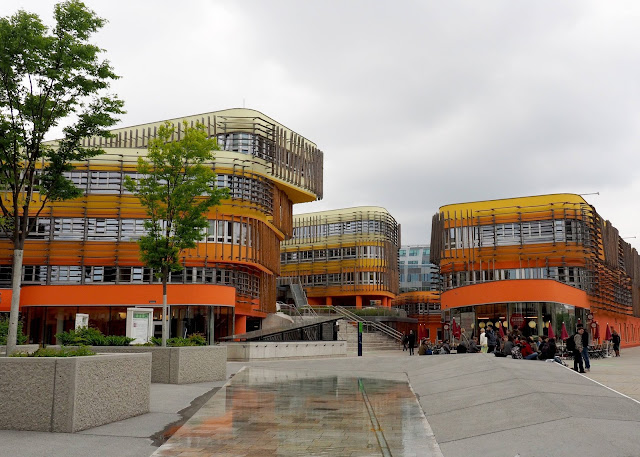 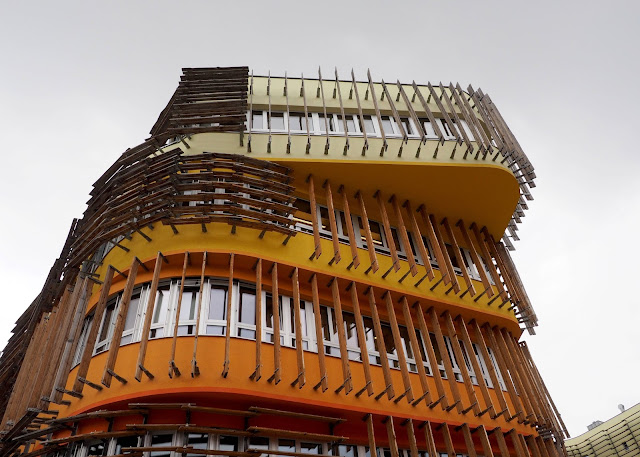 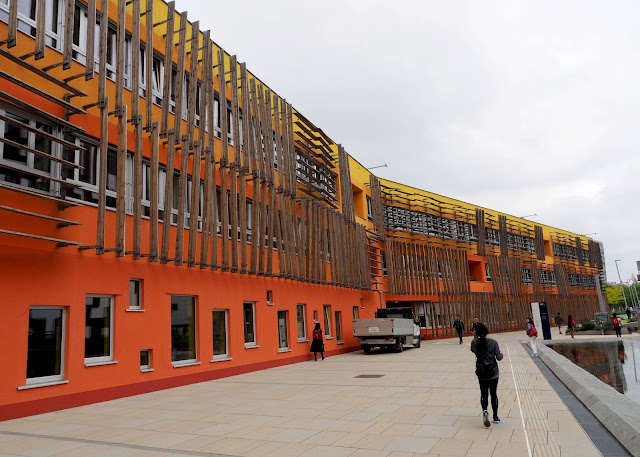 The D4 Department Building was designed by Estudio Carme Pinos SL from Barcelona. The striking feature of this building is the zig zag window design. 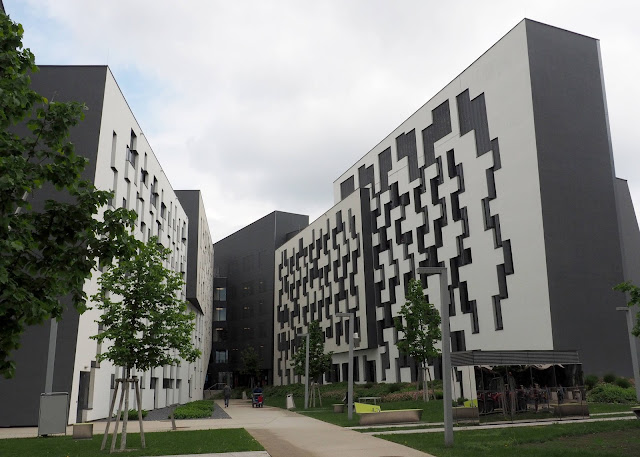 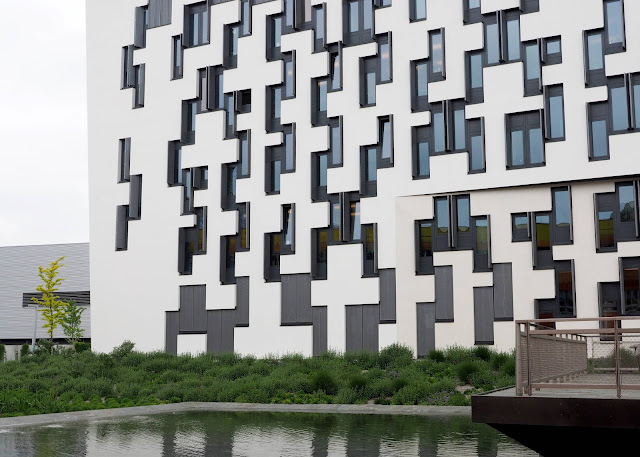 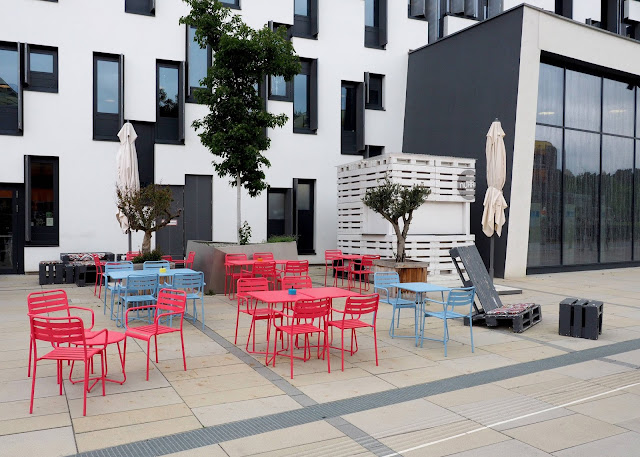 At the main entrance to the Campus is TC/D1 - the Teaching Centre and Department Building. This was designed by Vienna-based office BUSarchitectur ZT. The corten steel facade looks really cool - and the shape of the building looked like it came out of a sci-fi movie.
BUSarchitektur ZT GmbH 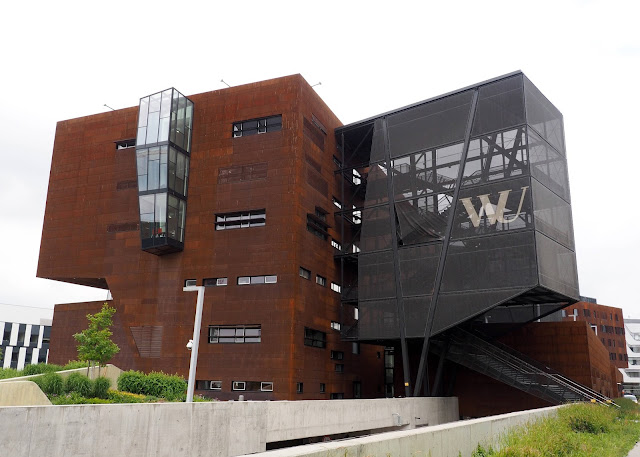 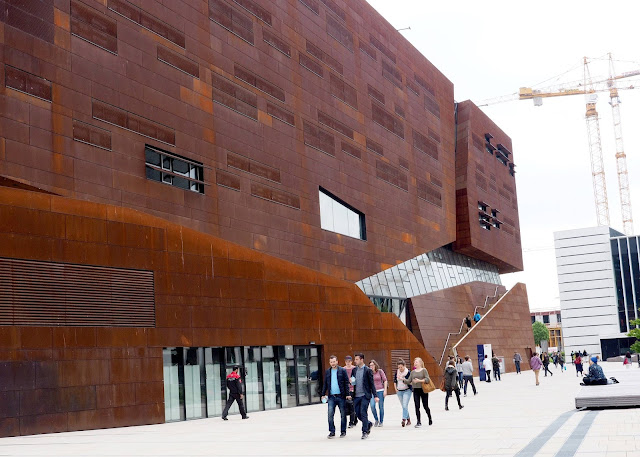 At the end of the Campus sits an odd looking building - this is the WU Executive Academy, designed by NO.MAD Arquitectos from Madrid. 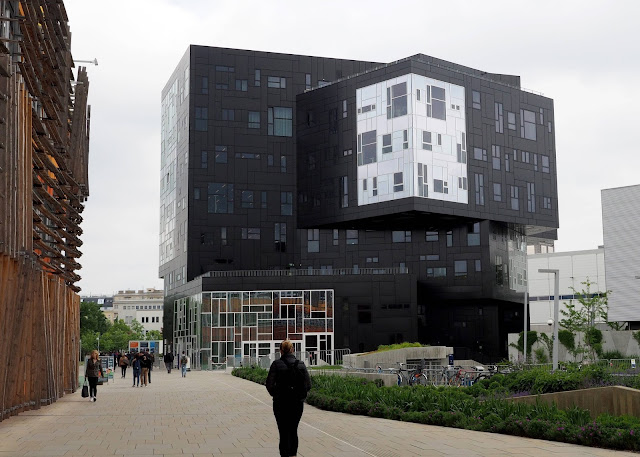 Anonymous said…
This comment has been removed by a blog administrator.
September 18, 2017 at 12:49 PM