When in Salzburg it is a must to attend a Mozart Concert. For a very enjoyable evening - booking a dinner concert in one of the many restaurants offering such a service in the Old Town. St Peter Stiftskeller is one of the top venues offering such a dinner service, and has hosted dignitaries such as Bill Clinton, Clint Eastwood and other European royalty. It is also believed to be the oldest documented restaurant in Europe - being mentioned by a scholar in 803, though the honour of the oldest European restaurant in continuous operation goes to Sobrino de Botin in Madrid. 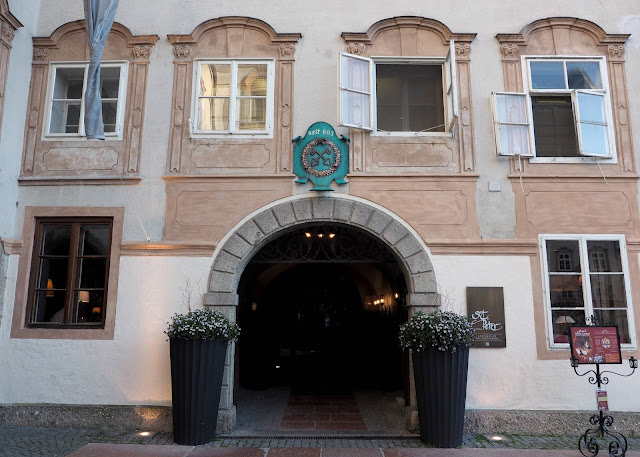 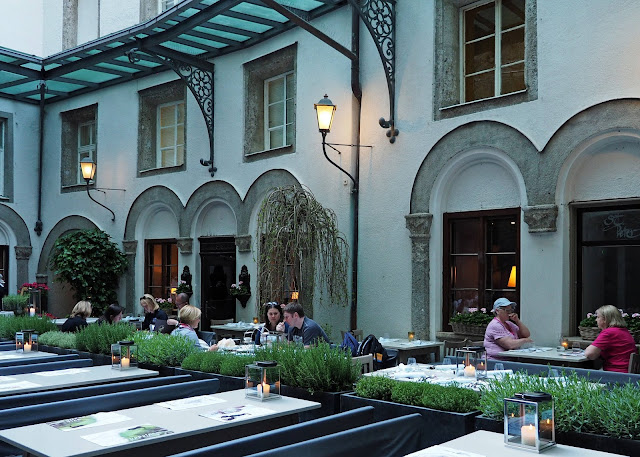 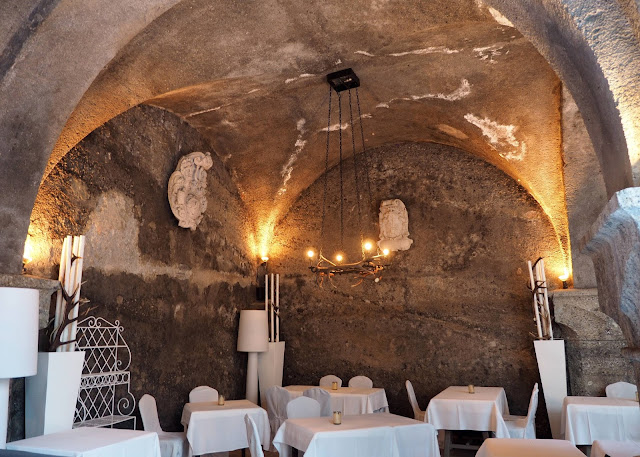 The restaurant has many dining halls - some of which are carved into the stone cliffs under the Holzensalzburg Fortress. Our dinner was hosted in a medium sized dining hall - and all the tables had a good view of the small stage. Dinner was served during intermissions. The concert that evening was an operatic programme with selections from Don Giovanni, The Marriage of Figaro and The Magic Flute - some of Mozart's most popular operas. Music was by a six piece ensemble - The Amadeus Consort Salzburg. Singing duty was by a female soprano and male baritone. The music was really good - and it was great that the singers actually moved around and get really close to the tables. You can really feel the power of their voices - especially the male singer. 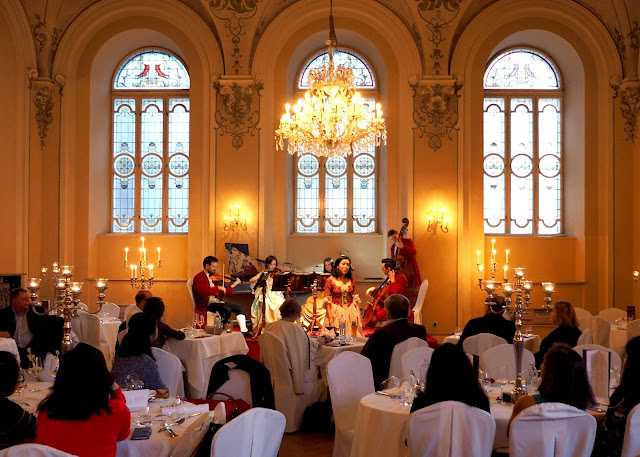 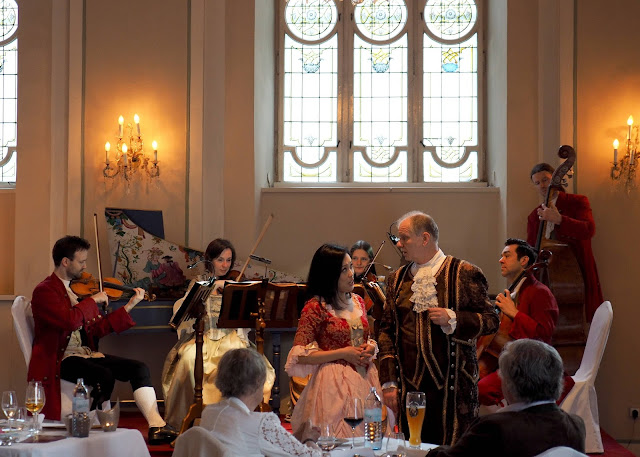 The food was good but not great. Appetizer was a clear lemon chicken soup with curd cheese and rosemary dumpling. Having had dumpling during several meals in Berlin and Praque - this was one of the best. 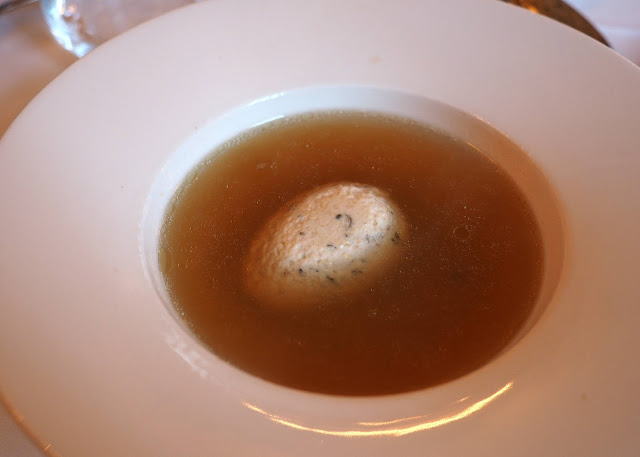 Main course was Breast of Capon on Glaze of Red Wine and Herbs with Potato Gratin and Vegetables. The chicken was tender, but the taste was average. 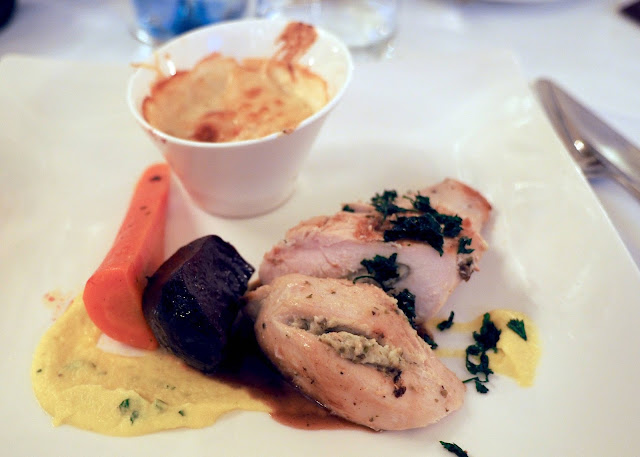 Dessert was a Semi Frozen Parfait of Forest Honey on 2 different sauces. It sounded much better then it tasted - and it was a very small serving. 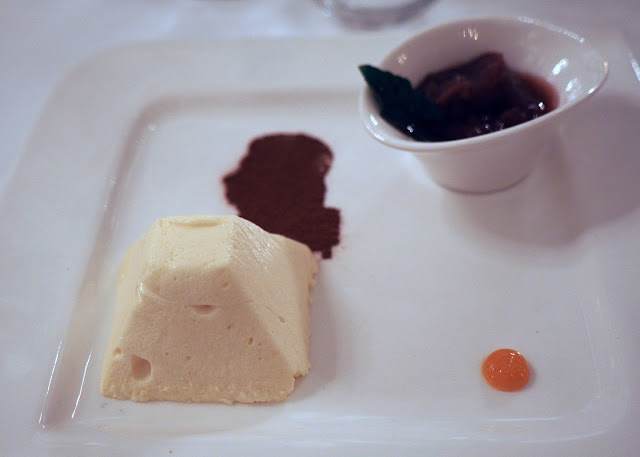 Though the food was just average - the music and the ambiance was perfect. It was a very enjoyable evening and a great unique experience in Salzburg.