Ueno Park is a large public park toward the West of the Asakusa District and on the northern side of Tokyo City. It is a popular cherry blossom viewing spot in Spring, and the park itself is a great place to escape from Tokyo's concrete jungle, but what attracted me there are the buildings and not the trees. 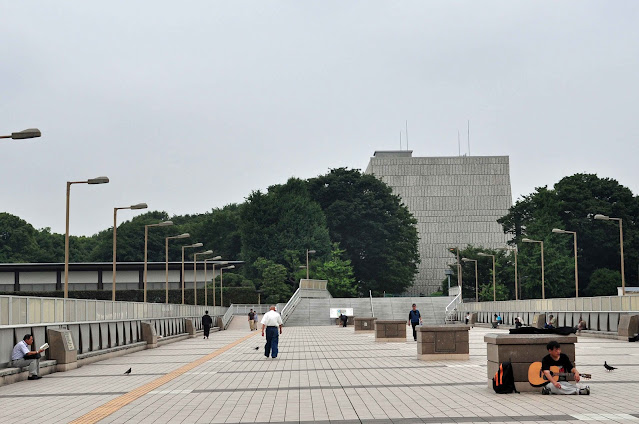 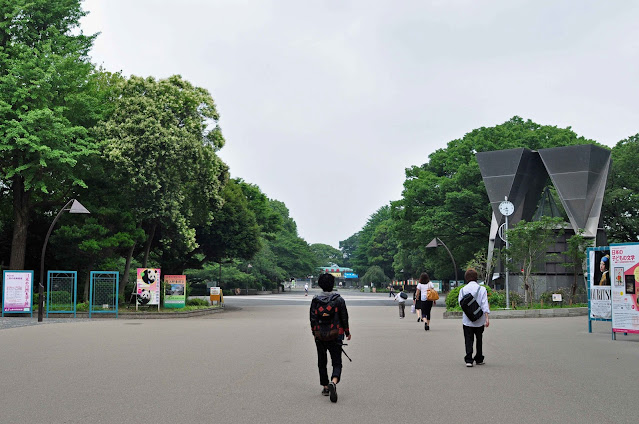 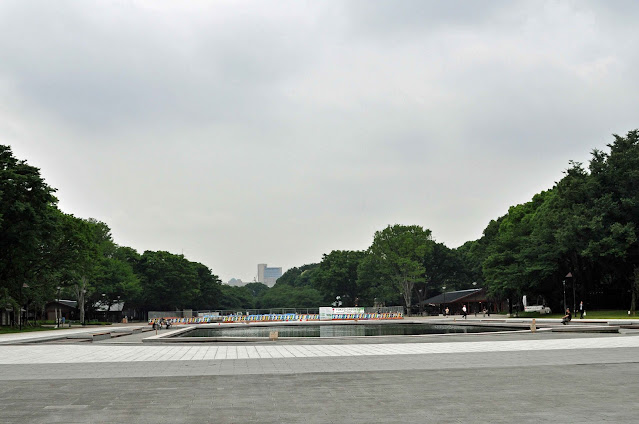 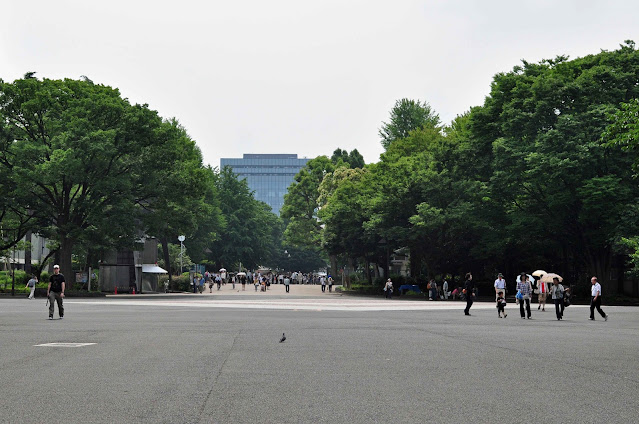 As you approach the Park from the JR Ueno Station,you will see an interesting building on the left. When you get closer, it begins to look familiar. This building is the Tokyo Bunka Kaikan - and every architect would recognize its design language. It looks like something by the famous Le Corbusier - but it is not actually by him but one of his disciples in Japan - Kunio Maekawa.The assimilation of Corbusier's architectural language is almost complete. This building houses a concert hall that is still used today and beloved for its great acoustics. 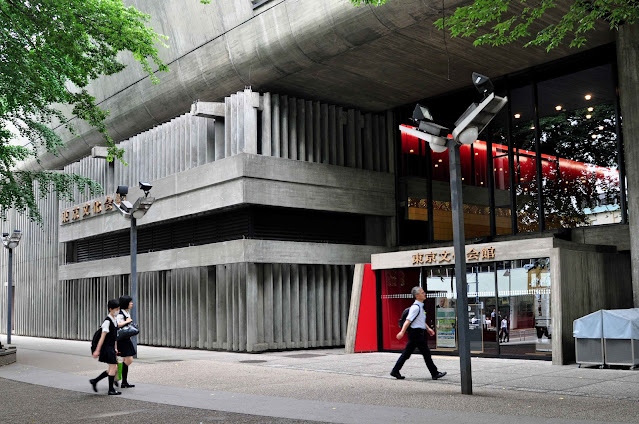 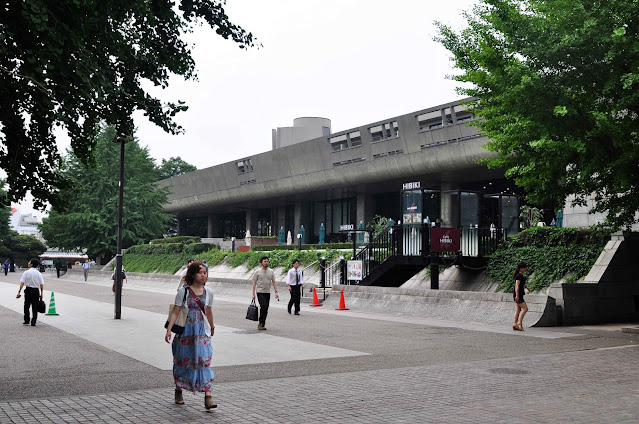 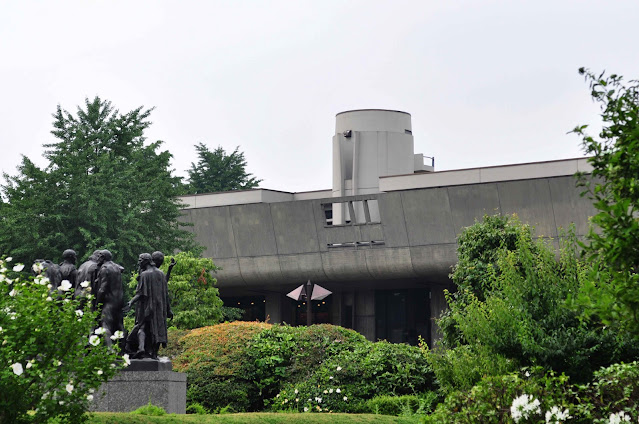 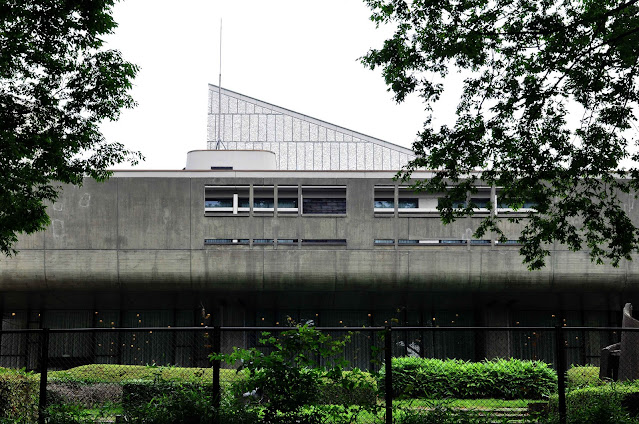 Opposite the Bunka Kaikan is a much smaller building - the National Museum of Western Art. This is a building that was actually designed by Le Corbusier - his only realized project in the Far East, and it houses the famous Rodin sculpture - The Thinker. On first look it doesn't really appear very much like Corbusier's other works, and perhaps most people would have passed by it without realizing it was designed by one of the preeminent 20th Century architects. This is actually one of the few museums built based on Corbusier's concept of a "Museum of Unlimited Growth" - a spiral plan that can be added to as and when the need arises. 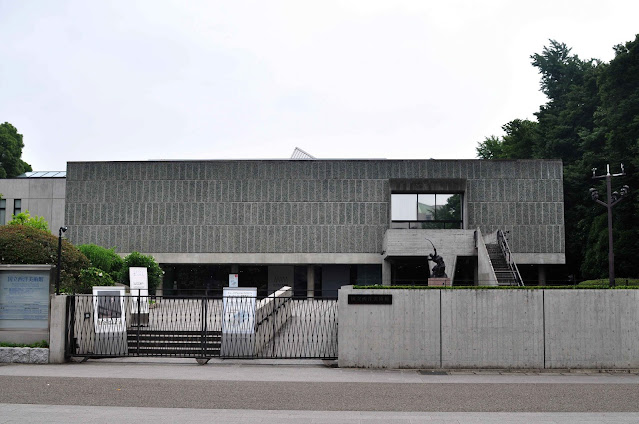 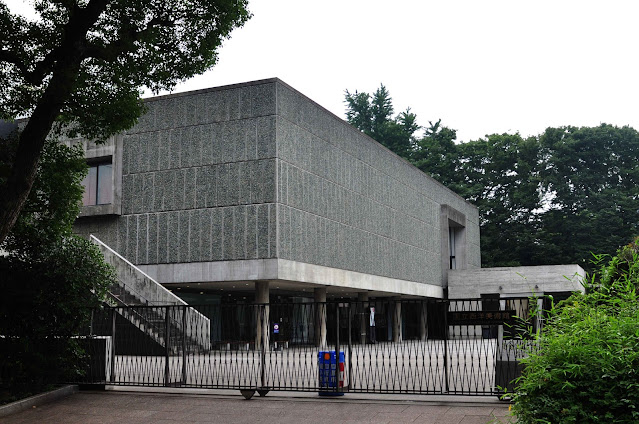 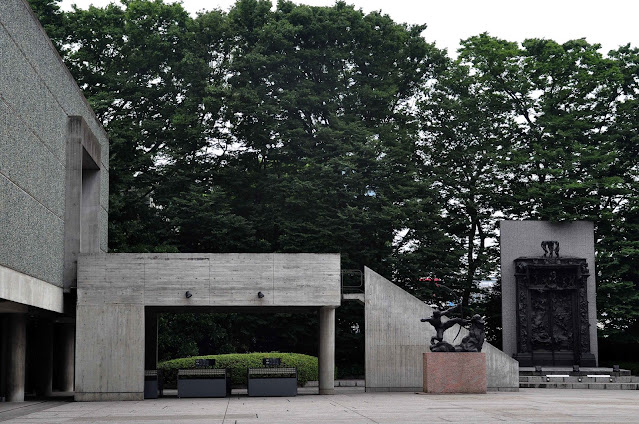