Perhaps only in Japan would you find an entire library devoted to children's literature. The International Library of Children's Literature (ILCL) is located on the northern side of Ueno Park. It is house in a 3-storey heritage building which was originally the Imperial Library. The extension was designed by renown Japanese Architect Tadao Ando, and in his addition he has tried to preserve the interior and exterior of the existing building as much as possible.

From the main elevation, all you can see of the extension is a glass box which is tilted at a slight angle to the main building. This is the main entrance to the library. This glass box cuts through the building and ends up as the cafe which faces the garden behind. 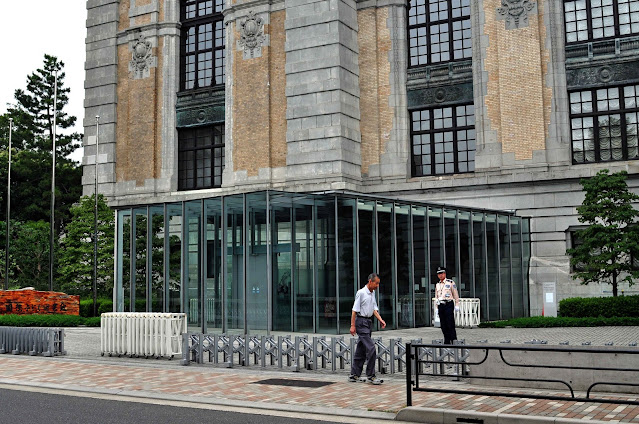 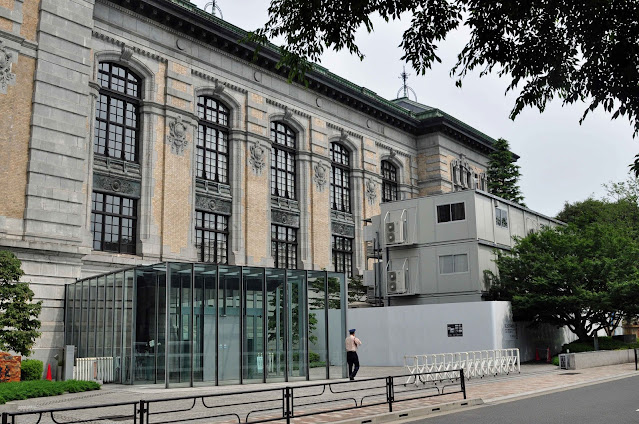 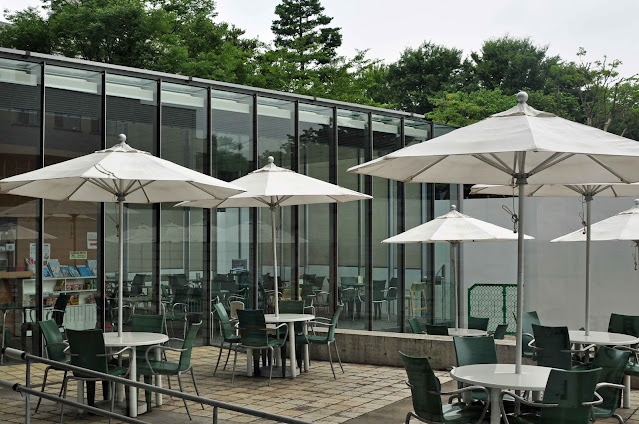 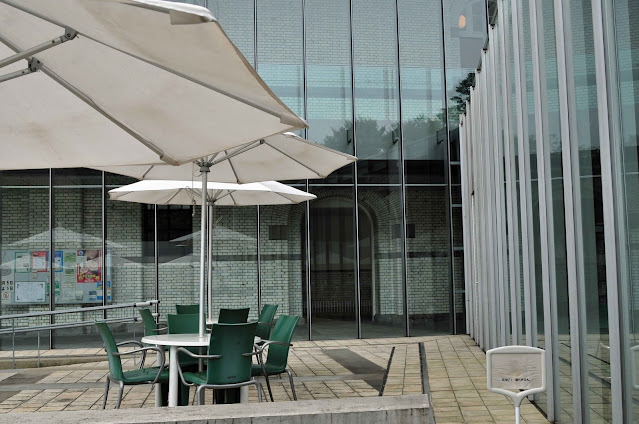 The new addition is essentially another glass box that stretches along the back facade of the existing building. The new spaces are fully day-lighted, and serve mainly as the circulation space and foyers. What is great about this is that you can actually see and touch the existing facade up close - and appreciate the beauty of the heritage building. 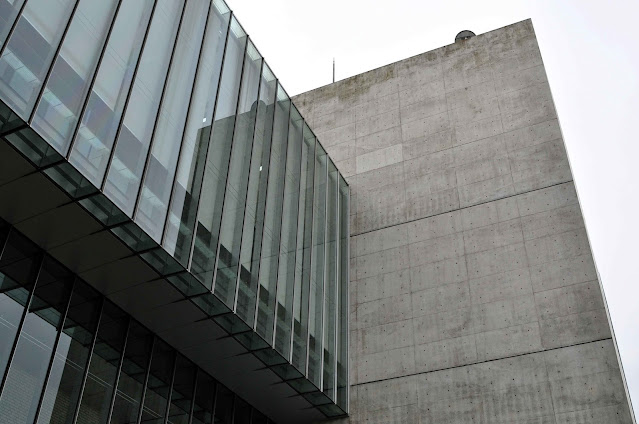 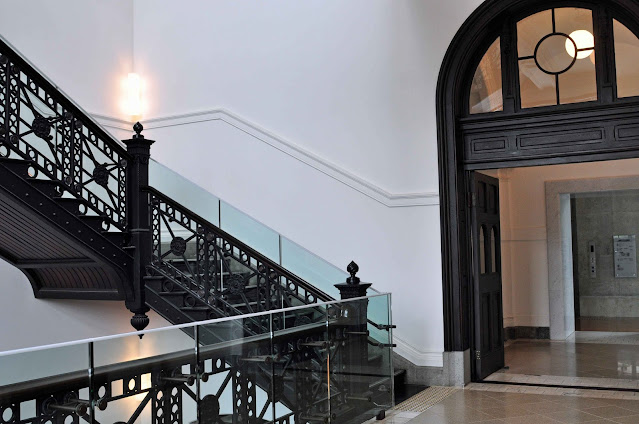 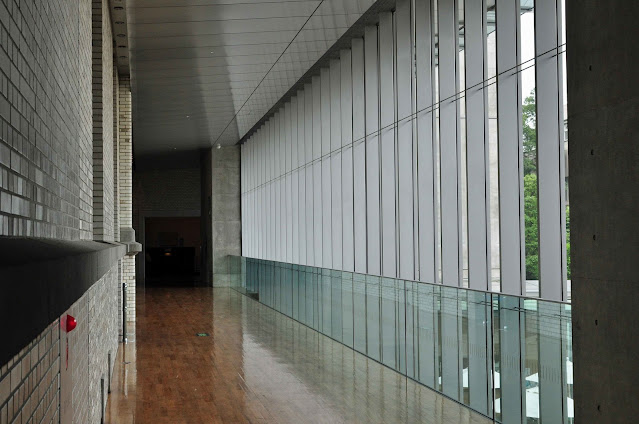 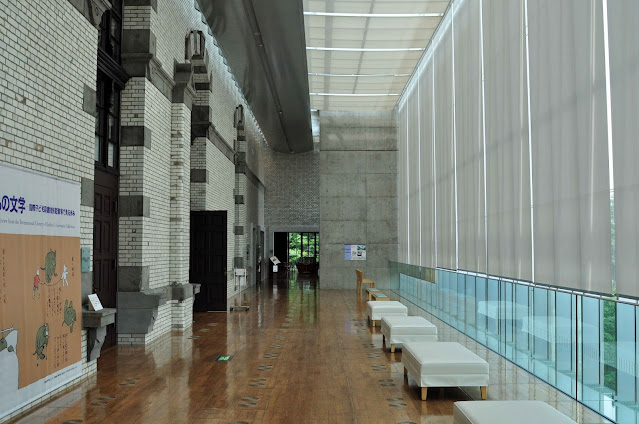 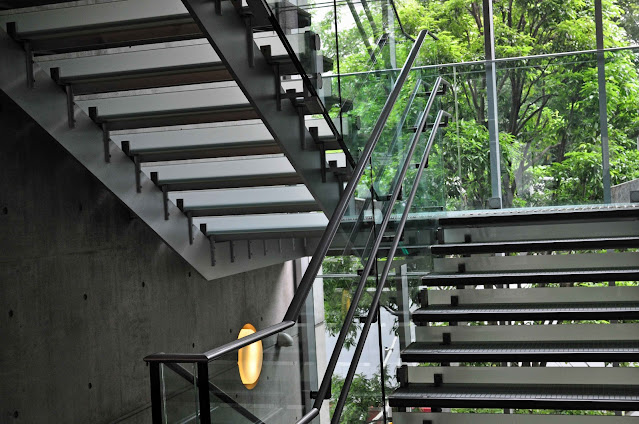 On the whole it is a great example of architectural conservation. But if you are expecting to see Tadao Ando's signature architectural moves you may be disappointed, as the main idea here was to preserve and enhance the existing building - and for that they have done a great job.