The Zhong Zhen Memorial and the Presidential Office Building must be two of the most visited sights in Taipei. The first is a memorial erected in memory Generalissimo Chiang Kai Shek - the former President of the Republic of China and generally considered the Father of Modern Taiwan. The Memorial is located in the Zhong Zhen District - which is at the Western side of Taipei City. Inside the huge Memorial compound you will also find the National Theatre and the National Concert Hall. 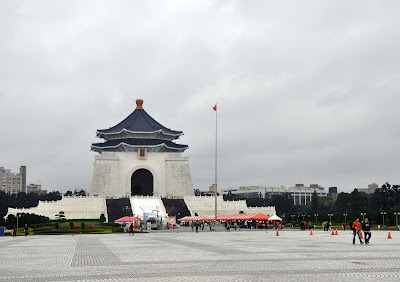 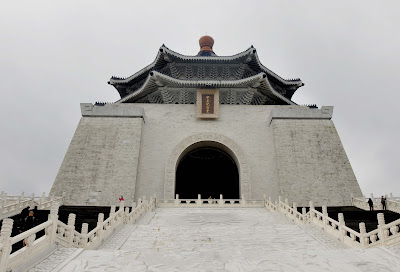 Inside the Memorial - a large statue of Chiang Khai Shek. 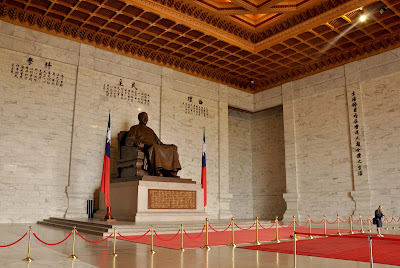 At the base of the Memorial is a museum. It is worth a visit to see some of the people behind the formation of modern Taiwan. 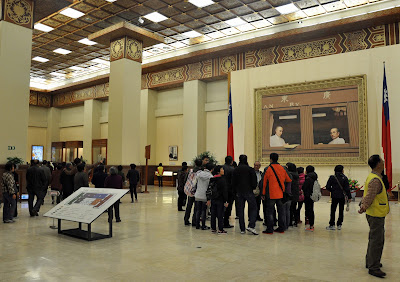 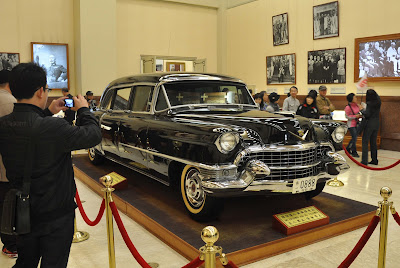 Looking over the large plaza fronting the Memorial. The plaza is named Liberty Square and is flanked by the National Concert Hall and National Theatre. 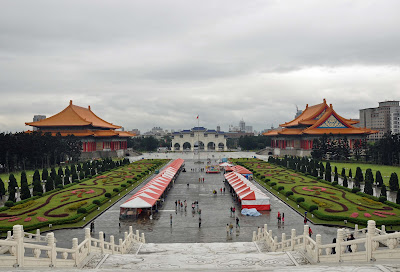 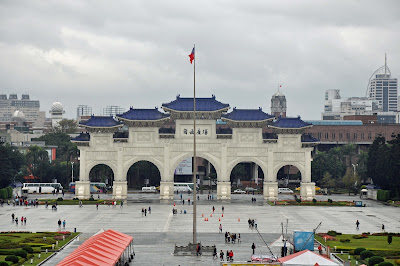 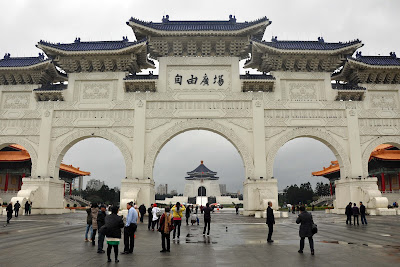 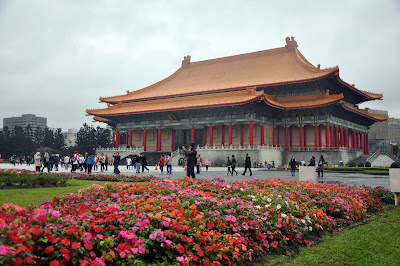 The Presidential Office Building was built by the Japanese when they ruled Taiwan from1895 to 1945. Completed in 1919, it was designed by a Japanese architect in the preferred style of the Imperialist Japanese government - Neo-Classical with touches of Renaissance and Baroque architecture. When the Japanese retreated after the 2nd World War, this building became Generalissimo Chiang's Presidential Office. 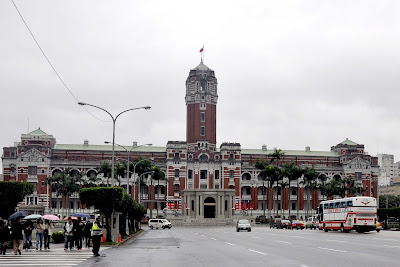 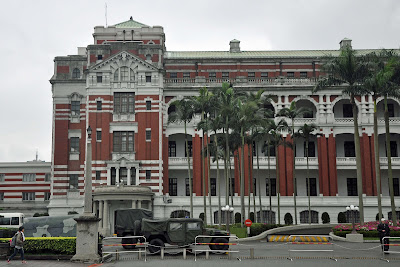