This year I decided to take my family on the Star Cruise experience, having heard quite a lot of positive things about it in the media, and also among bloggers. It was a short cruise which goes from Singapore to Malacca, Port Klang and back to Singapore - a total of 2 nights and 2 days.

The journey starts from the Singapore Cruise Centre. I have never been there before, and it was surprising to see such an old facility in Singapore which has not undergone any major upgrades. The baggage check-in was smooth enough - it took just a few minutes and we were told to go up 1 level for the passenger check-in. Once we reach there - it was a nightmare. There were hundreds of people in endless queues waiting to check in. To make matters worse, there wasn’t anyone from the cruise line to usher the crowd, or to inform them what was going on. We were not even sure we were on the right queue !

The nightmarish check-in process took more then 2 hours. They gave us plastic cards which would be used as room key cards as well as credit cards on board. After the check-in we tried to make our way to the ship, but it was another long queue to hand in the passports which would be kept by the cruise line during the trip. We finally stepped on the ship around 11.30 p.m., and by that time everyone was too exhausted and not really in the mood to enjoy. 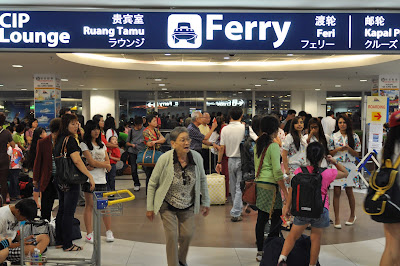 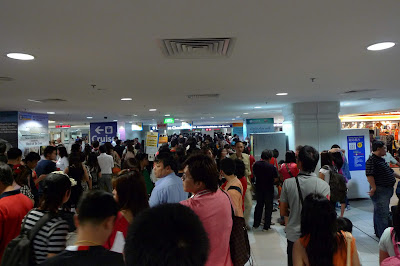 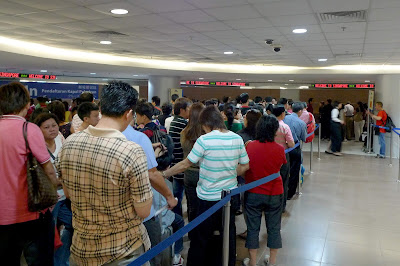 Once we got on the ship the situation was quite chaotic as everybody scrambled to get on the few lifts there were on board. We decided to take the stairs. 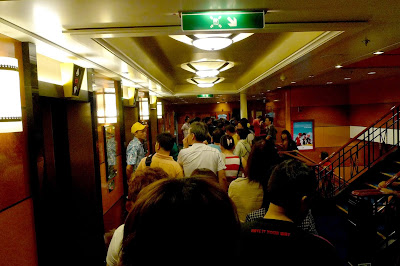 There was a welcome supper served in the Mediterranean restaurant, we went for a few snacks. 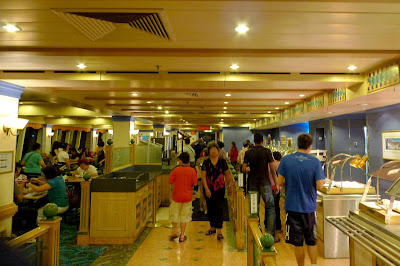 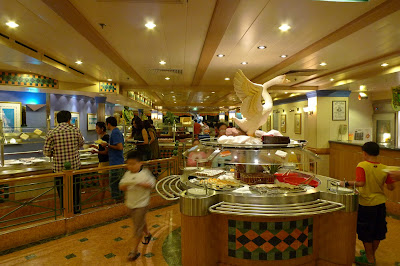 Though it was already so late, we couldn't resist a quick tour of the ship. The decor is kind of like a floating casino, understandable as the parent company for Star Cruise is the Genting Casino Group.

Views of the main lobby. 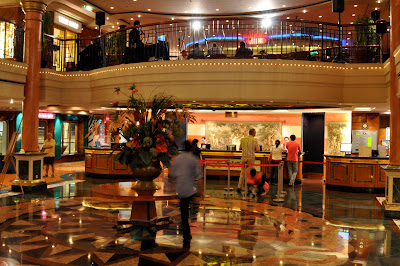 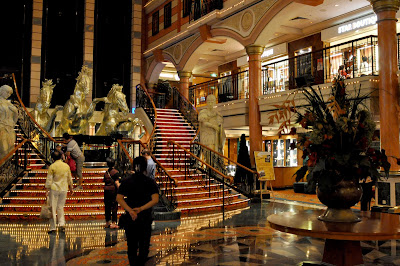 The swimming pool at the top deck. 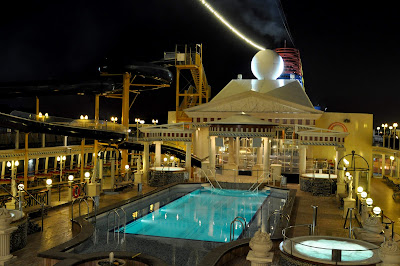 We had booked a balcony room, and it was very small by hotel standards. After they put in another bed for our 2 kids, there was hardly any room to move, but it was home for the next couple of days. The balcony was a much welcome relieve from the cramped quarters. The ship set sail at mid night, and we were on our way to Malacca.