Positioned as a style-conscious luxury hotel, W Hotels have never failed to make a splash whereever then landed. The W in Hong Kong opened with much fanfare in 2008, nad have since becomed the abiter of taste and design in the territory. With about 400 rooms which cost upwards of RM 1,000 a night, I certain can’t afford to stay here but couldn’t resist going in for a look see.

Being part of the gigantic IFC 2 development, the entrance is not easy to find. You have to read the directions carefully and the easiest way to get to the lobby is through the shopping podium level. From here you will enter a special W Lobby which gives you a first glimpse of the unique W design language. A large textured wall with a big pulsating LCD W character on the wall, and a Bentley. From here dedicated lifts take you to the W Lobby. 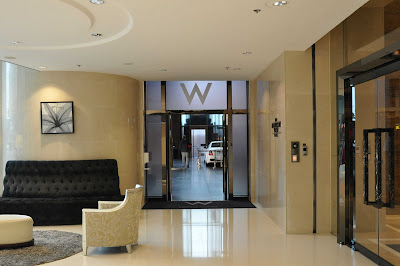 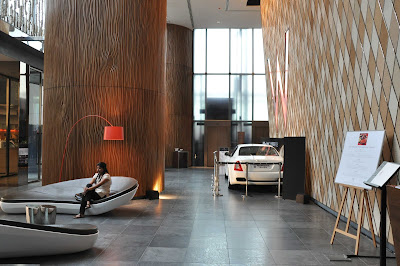 The Lobby is more like a lounge - albeit a very nicely appointed one. The Reception Counter is hidden away in a cove. The lobby extends into a lobby bar. 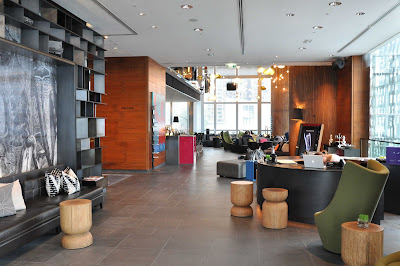 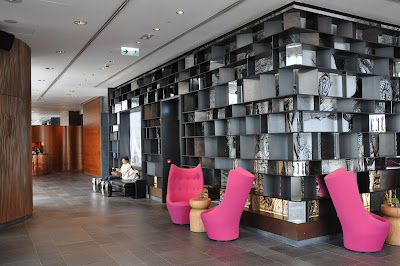 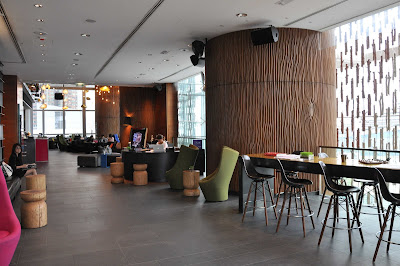 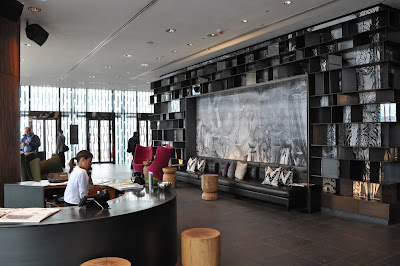 The hidden away reception area. 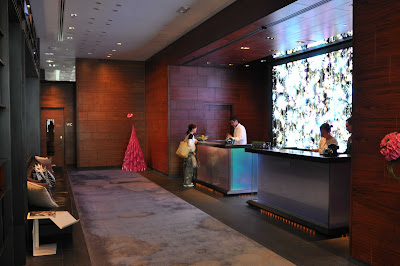 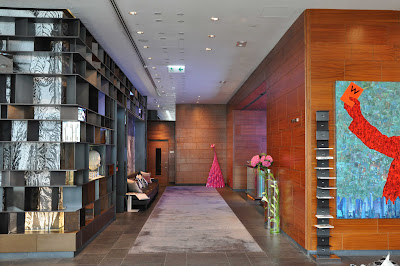 The lobby bar - an extension of the lobby lounge. 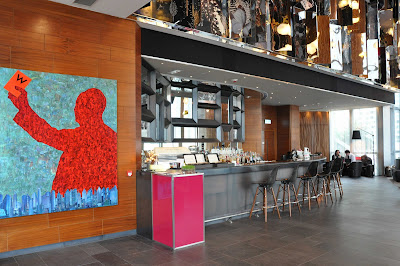 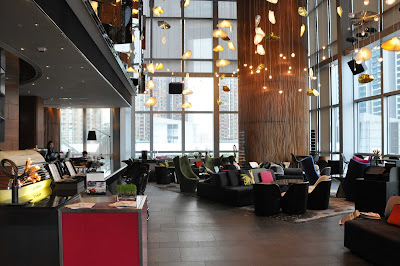 I was most captivated by the cafe which is very nicely done. The open kitchen is designed like a high-end restaurant kitchen complete with expensive copper pots and pans hanging everywhere. Unfortunately they have a no photo policy and I was not able to get the shots.

Entrance to the cafe - no photos were allowed beyond here. 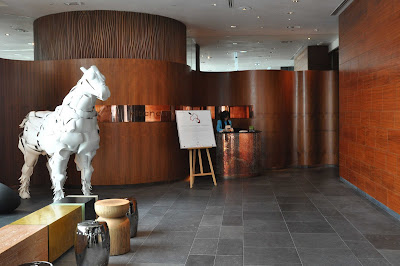 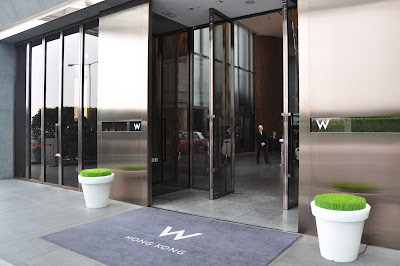