Another monument in Agra worth a visit is Akbar's Tomb. This tomb for the Mughal Emperor Akbar the Great was built by his son Jahangir who completed it in 1613. 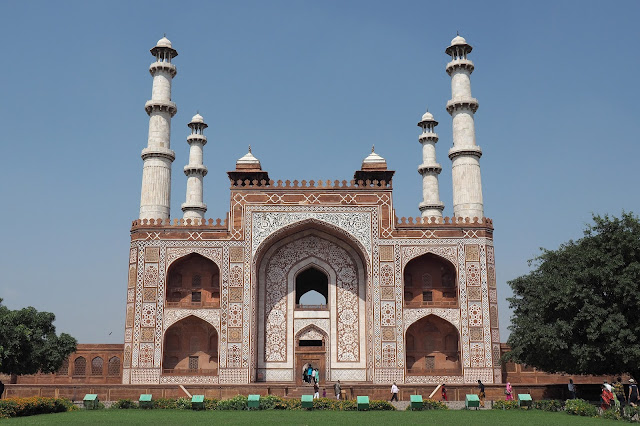 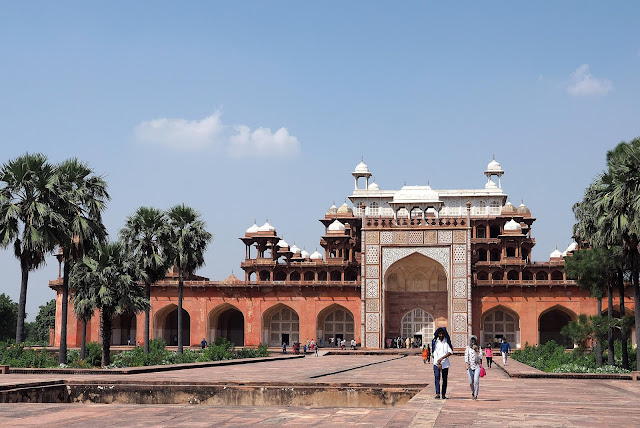 The tomb was done in the typical Mughal style - with a symmetrical composition anchored by a large arched gate on the South. The main structure is 4 storeys high and staggers toward the top. The upper part of the tomb looks like the typical Mughal palaces featured in Prince of Persia movie fantasies. 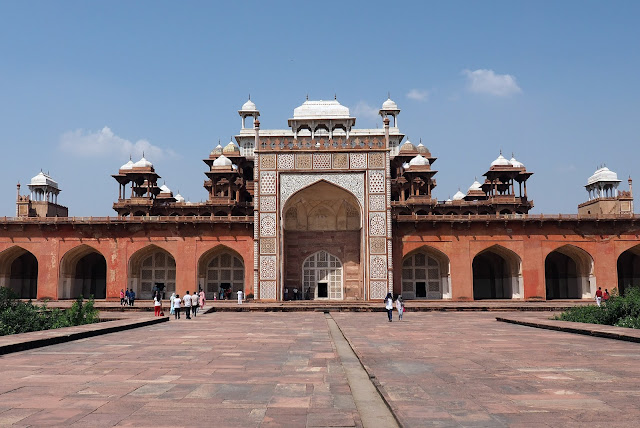 Some of the most beautiful features of the building are the intricate and colourful ceilings. The craftsmanship is really breathtaking! 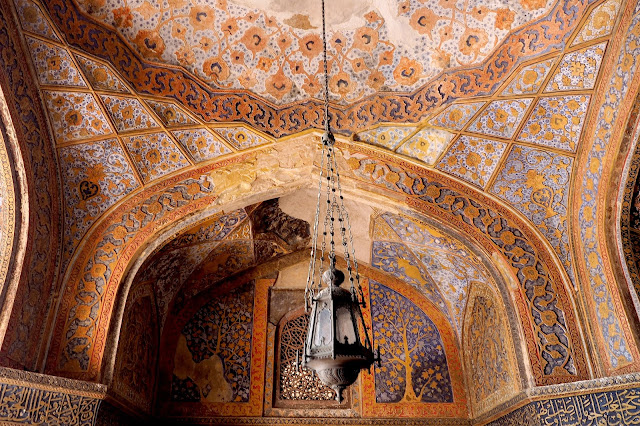 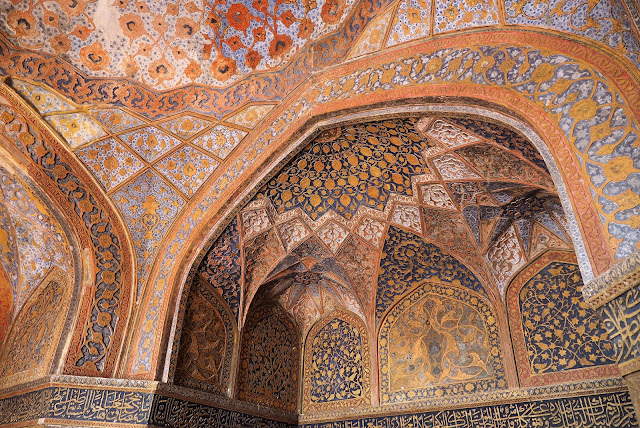 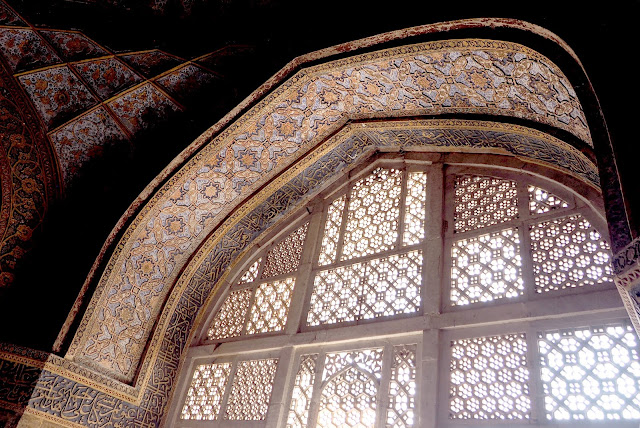