One of the most common street foods in Prague is called by an unpronounceable name - Trdelnik. This is a rolled pastry made by wrapping the dough around a round stick called a trdlo - and then roasted over hot charcoal. When its done - it is dusted with a sugar and spice mix and served. 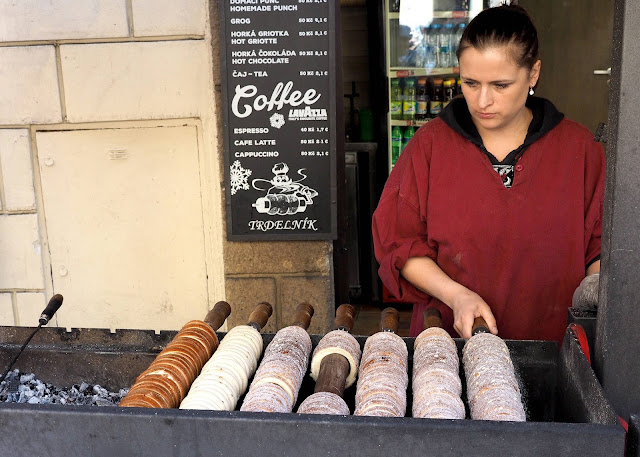 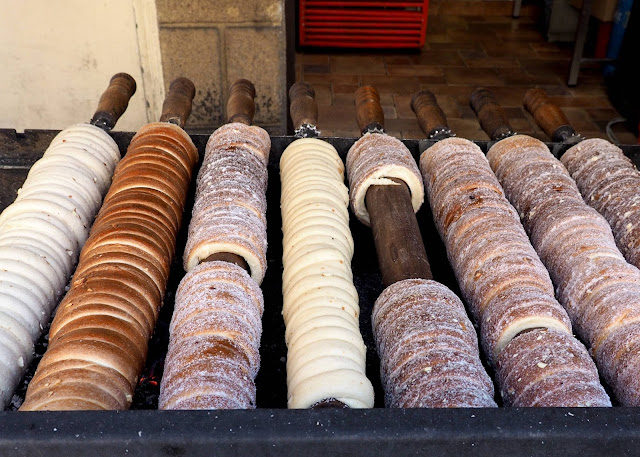 The traditional Trdelnik has a slightly crispy shell and a lovely caramelized taste with a slight hint of spices. 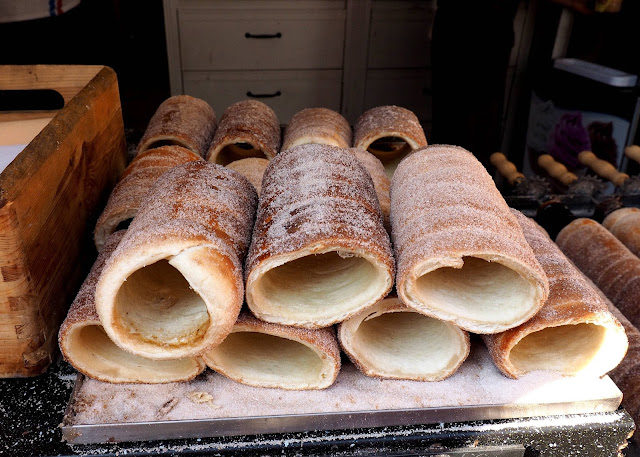 Trdelnik is very popular. There are many shops around the Old Town Square and they are always busy - sometimes there is even a line outside. 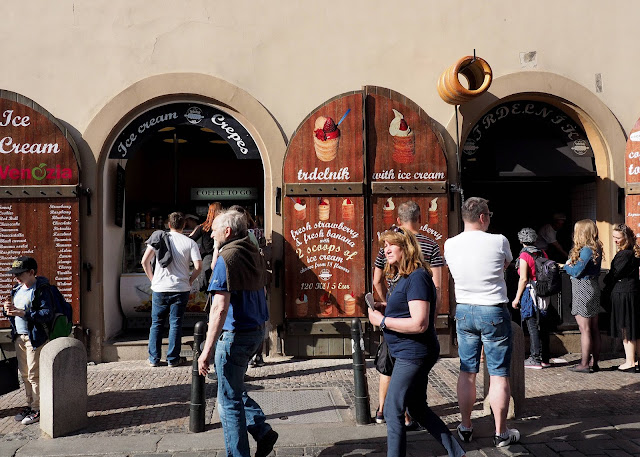 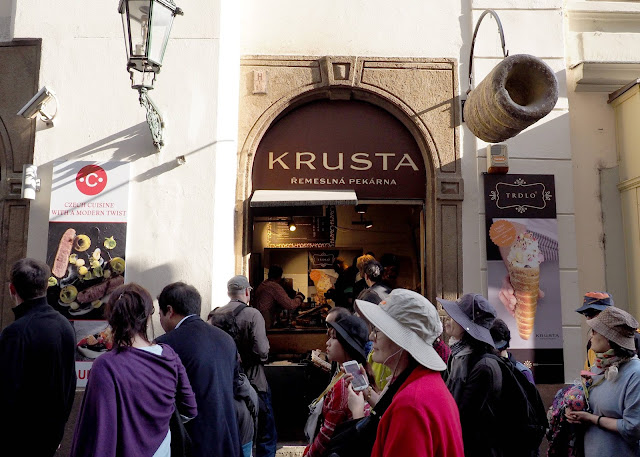 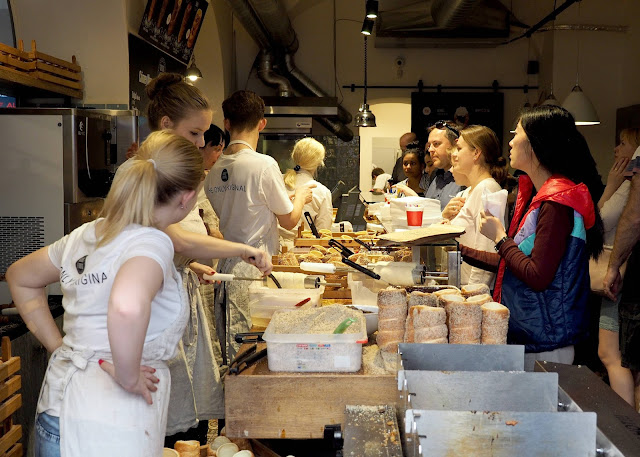 Many of the new shops are selling modernized versions of the Trdelnik. 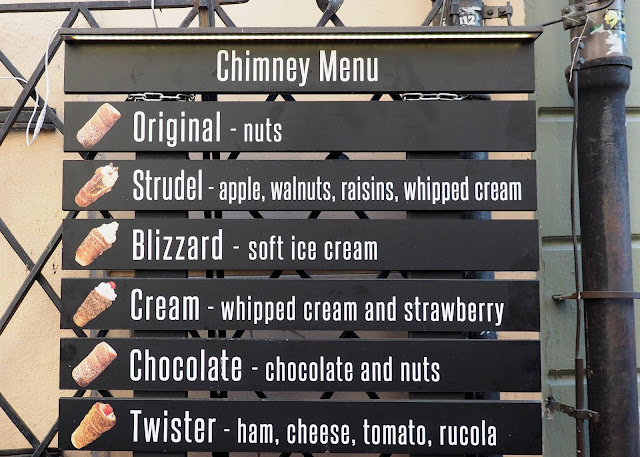 The best one I had was a called a Strudel Chimney - which was Trdelnik filled with caramelized apple, walnuts, raisins and whipped cream. Probably packed with 2 days worth of carolies - but it was heavenly ! 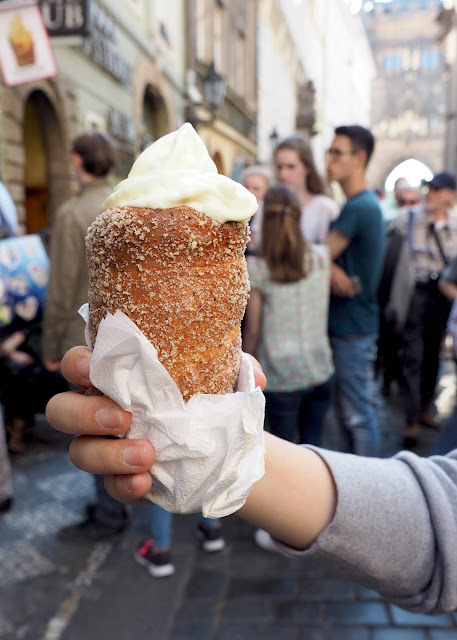