The Ningbo History Museum is probably the greatest work of Wang Shu in his career to date. Located in YingZhou Park in the Southern part of the city - this is a very unique building that defies categorization. Like most of Wang Shu's designs the plan is quite simple - mostly rectangular, but what happens in the section and elevations is another thing entirely. 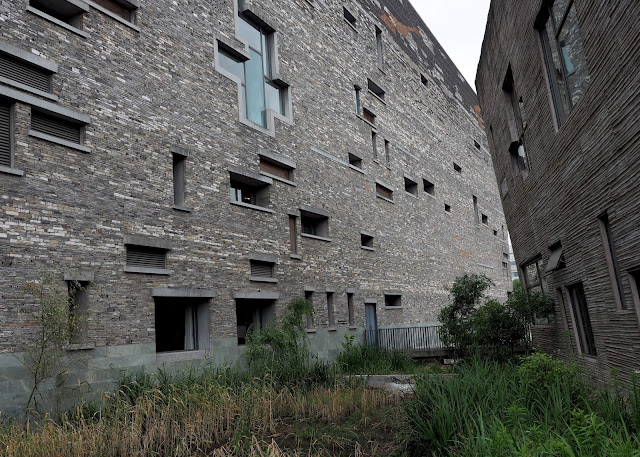 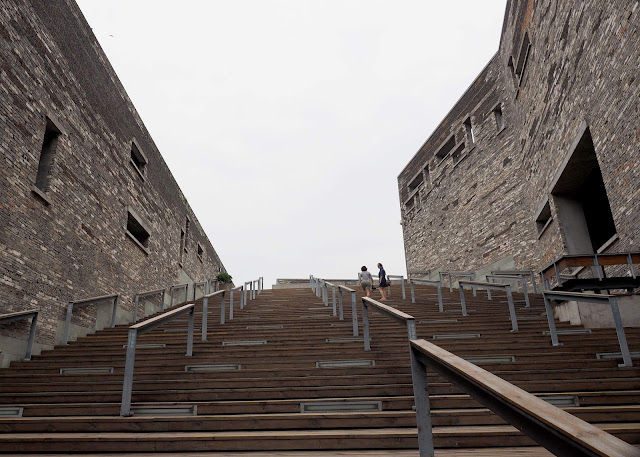 In the Ningbo Museum you can see the culmination of Wang Shu's years of innovations and experiments in developing a unique architectural style - especially in the Xiangshan Campus of the China Academy of Art in Hangzhou. He is especially passionate about developing an architectural language rooted in Chinese history and culture and not borrowed from the West - but he is not so stoic as to oppose modern architectural innovations in style and techniques. 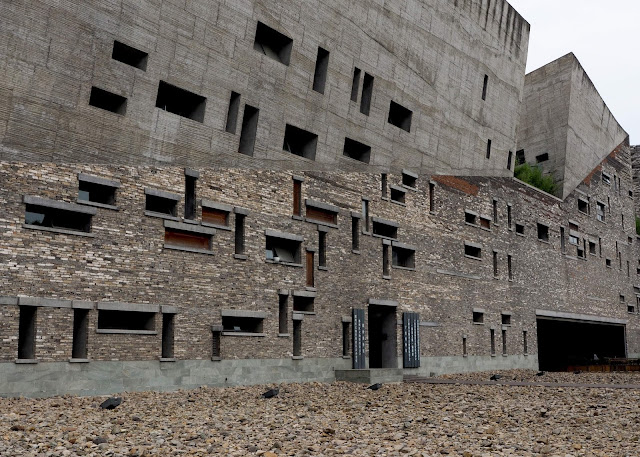 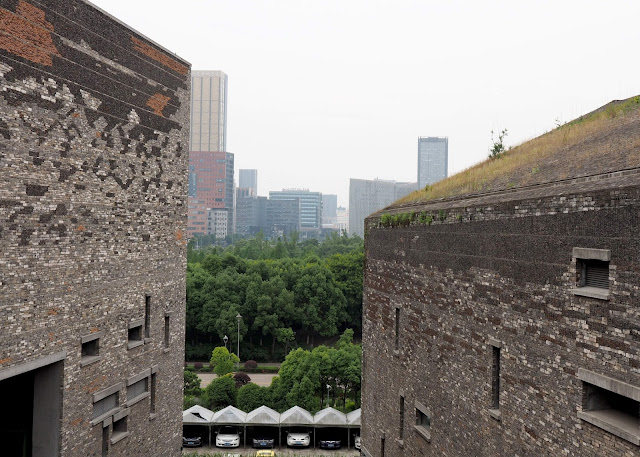 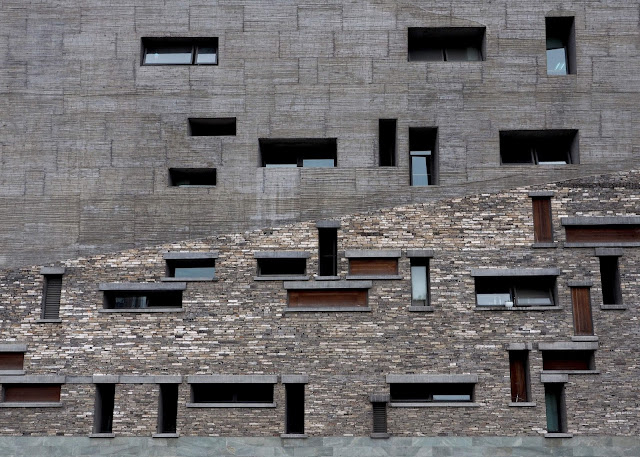 The external facade is built from bricks, stones and roof tiles salvaged from demolished old buildings. Wang Shu worked with local artisans and craftsmen to build the project, and it was obviously a labour of love. The intricate patterns formed on the walls are mesmerizing. 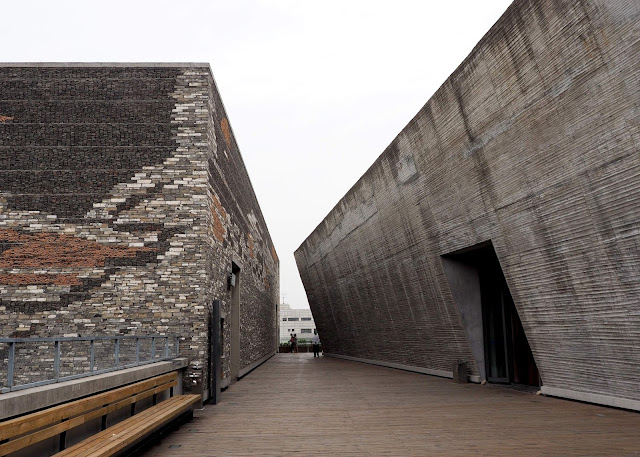 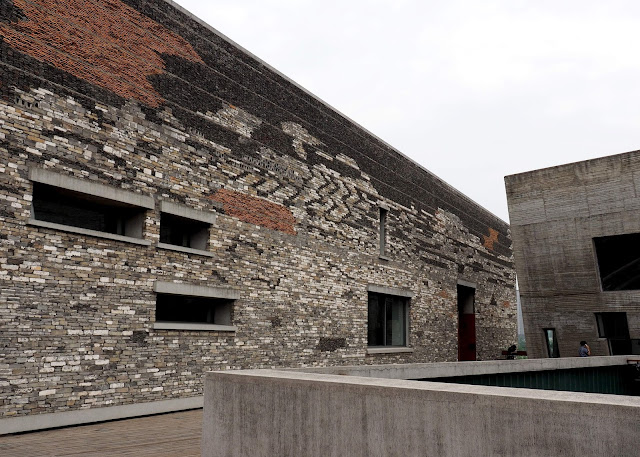 The Museum is meant to showcase the history and humanities and the arts on the east coast of China. Besides the striking architecture, it is a treasure trove of art and artifacts. There is a great collection of beautiful precious stone carvings in one of the galleries. 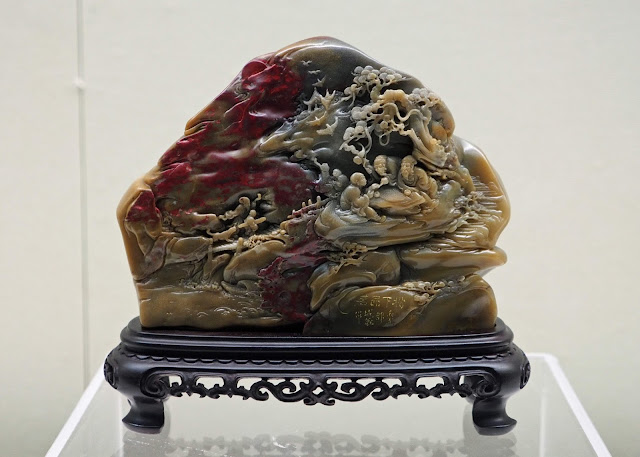 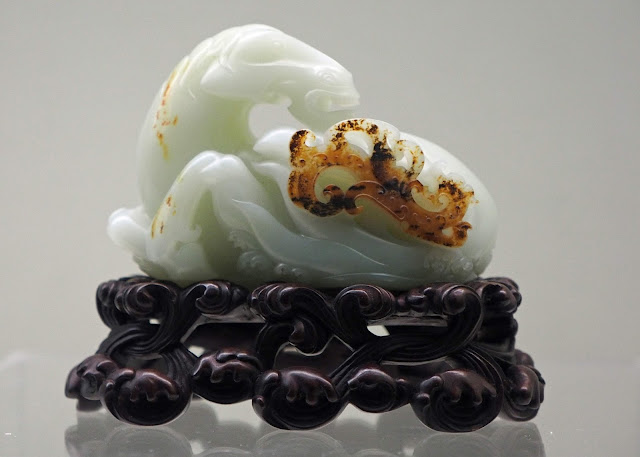 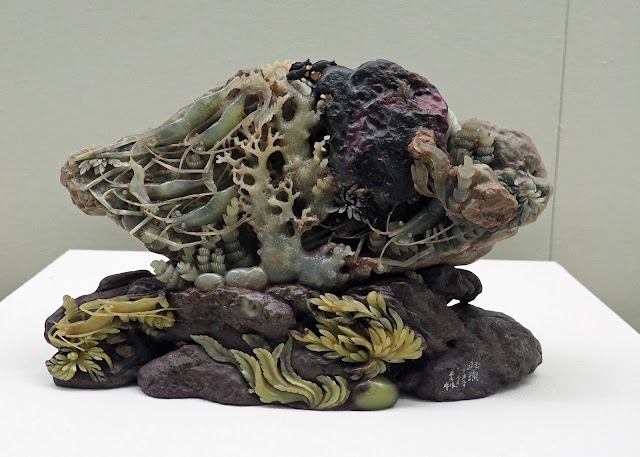 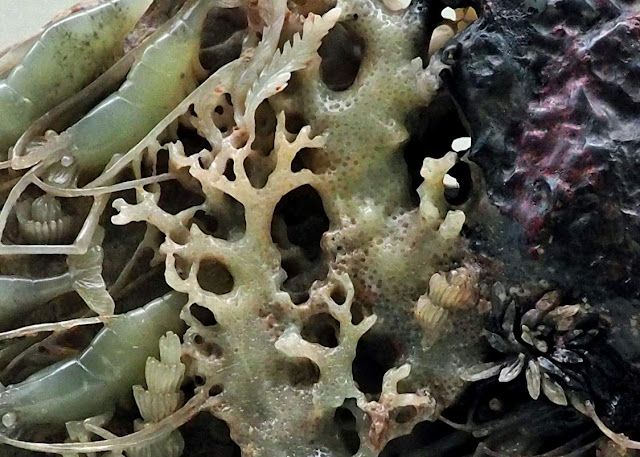 The Ningbo History Museum is amazing and it is worth traveling to Ningbo just to see this seminal building of the 21st Century. While you are there don't miss out on the great exhibitions inside.