One of the main reasons we visited Nongbo was to see two of Wang Shu's key projects. The first project we visited was the Ningbo Museum of Art. The Museum was completed in 2005 and is located at the Old Bund. The design of the Museum appears quite simple and minimalist from the outside. A series of vertical columns frame the building, and behind these, the main facade of the building is clad in bamboo panels. The building is raised on a stone platform and faces an open plaza. The plaza is secluded from the main street and is meant to be an open cultural space. 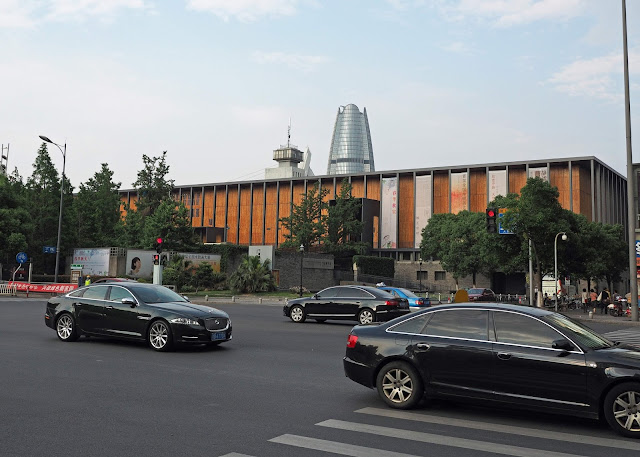 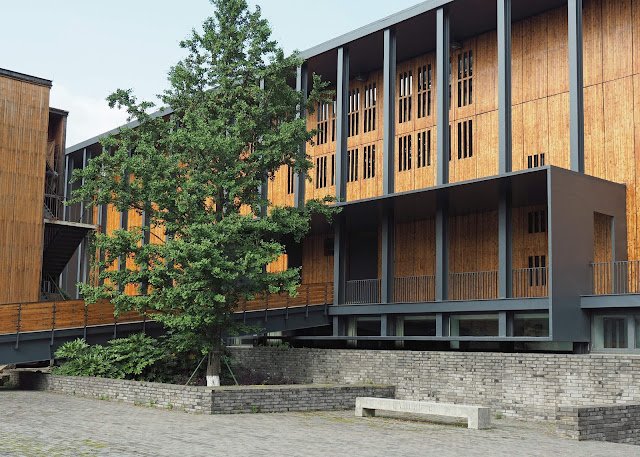 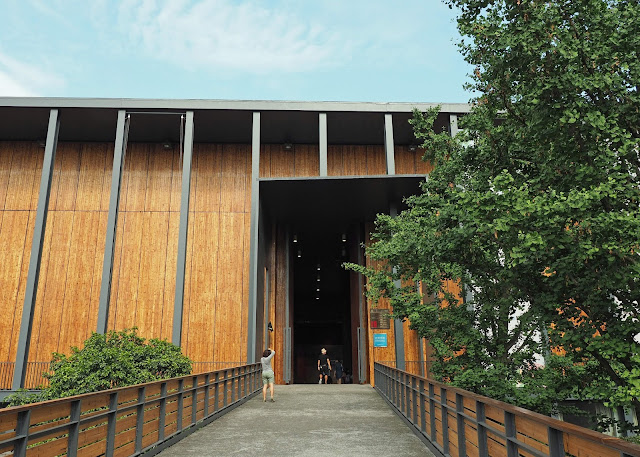 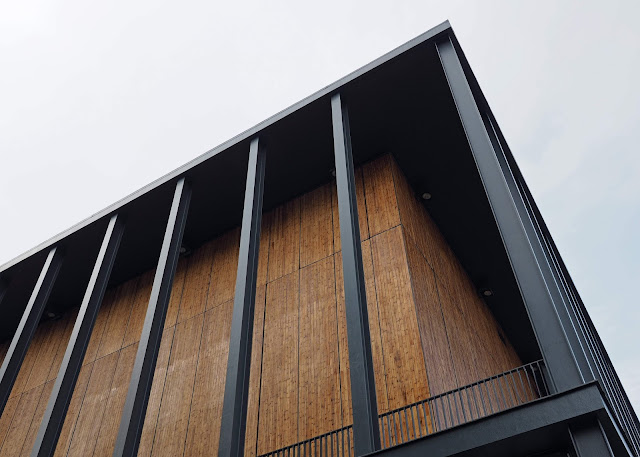 The interior is just as minimalist - basically a large exhibition hall with minimal partitions. 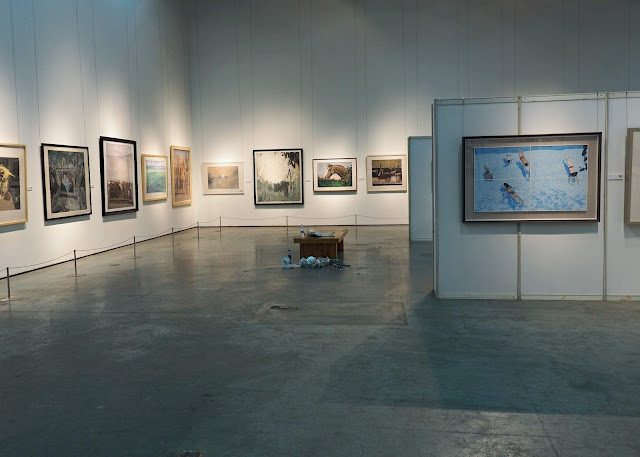 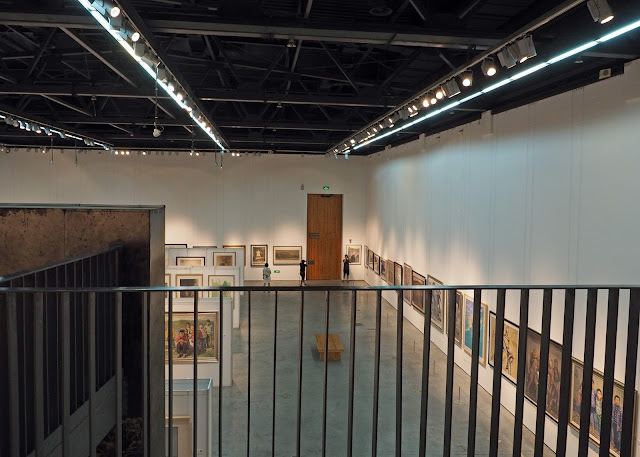 The Museum is conceived as an Ark of Art. It faces the river at the back, and 2 long jetty-like platforms project toward the river. Inserted into the base is a series of grottos which house a number of interesting stone sculptures. 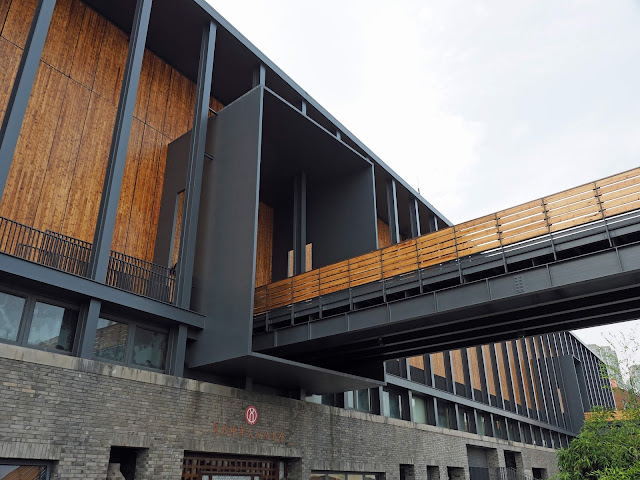 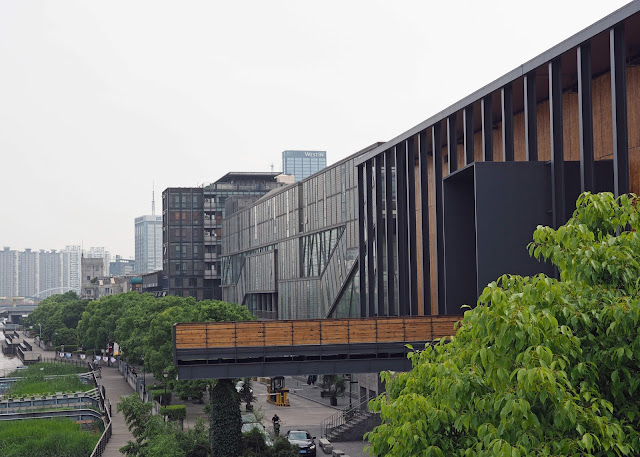 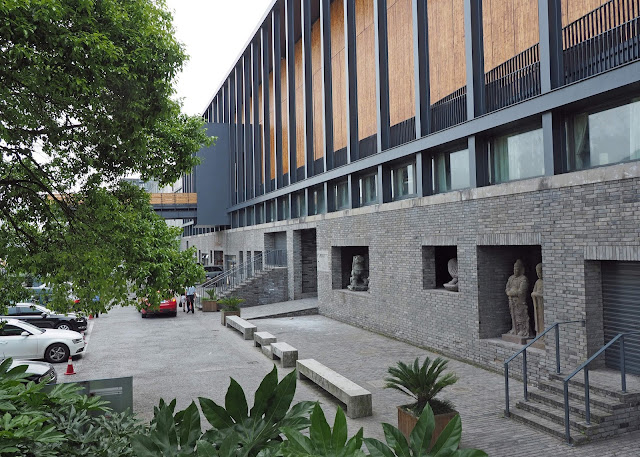 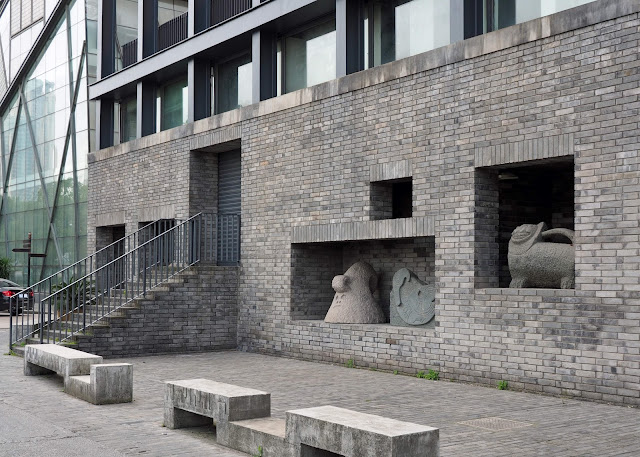