There is another area in Gion which in my opinion is even better than Hanami-Koji for spotting maikos. It is the Shirakawa area which runs next to the Shirakawa Canal. The canal is lined by willow trees and is quite beautiful in the evening just before the sun sets. 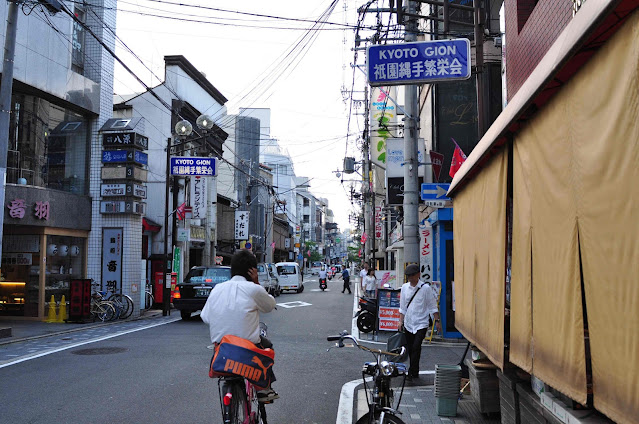 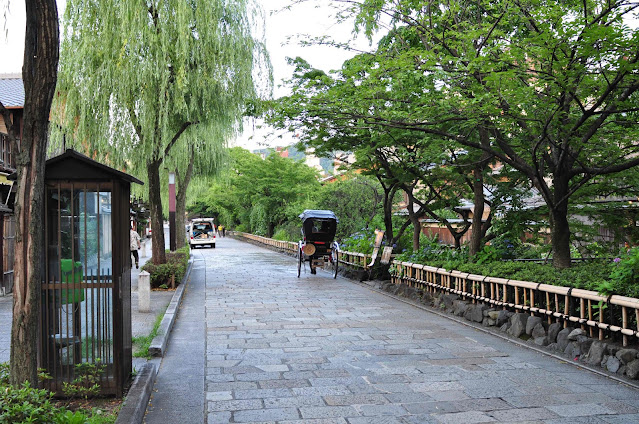 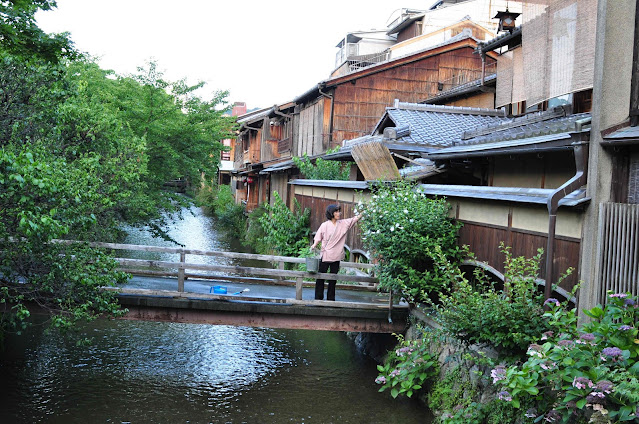 This area is much quieter than Hanami-Koji. It is also filled with discreet restaurants and tea houses. 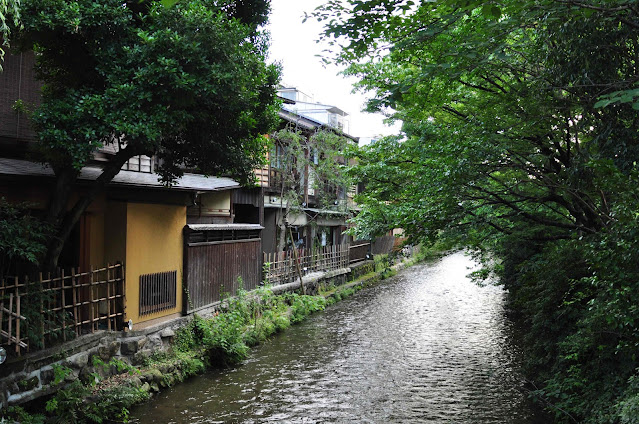 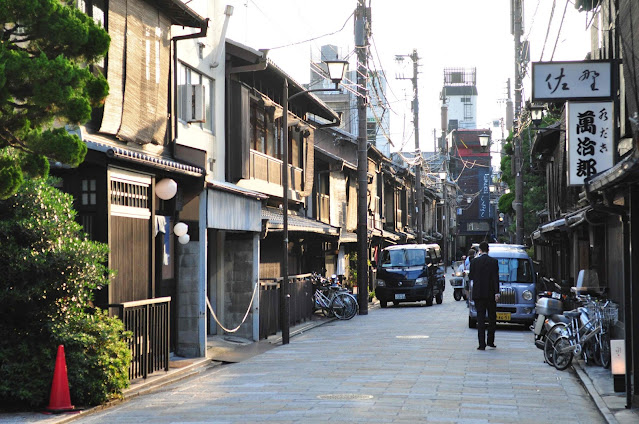 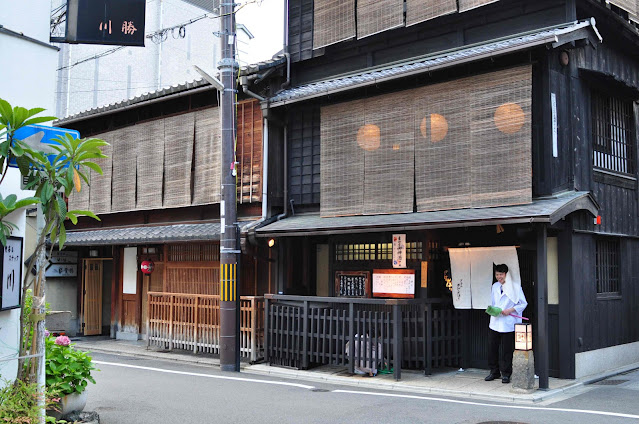 I sat at the bridge which crosses the Shirakawa Canal, connecting to Shijo Avenue. I must have spotted around 4 or 5 maikos making their way to their engagements. It is amazing how fast they can walk in their tight kimonos and wooden sandals. 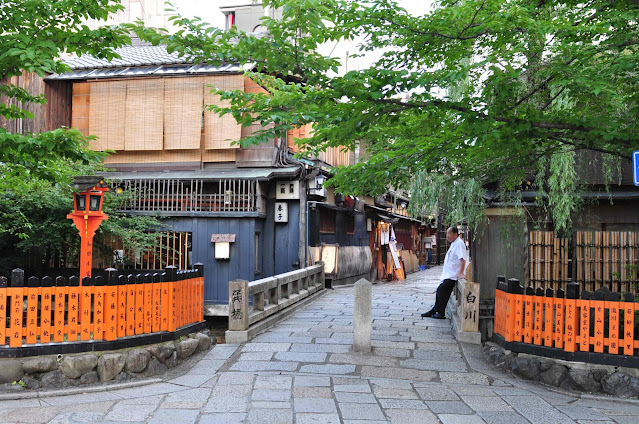 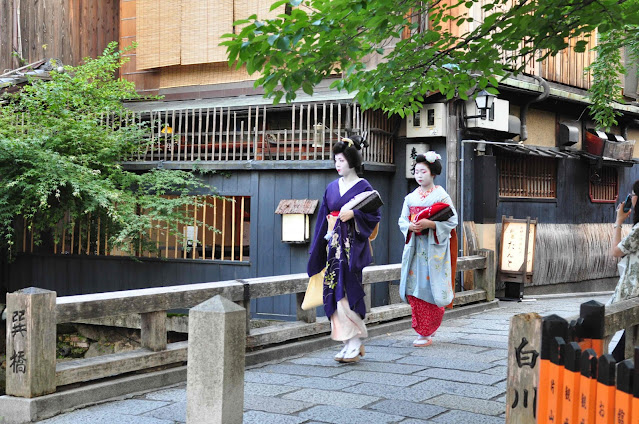 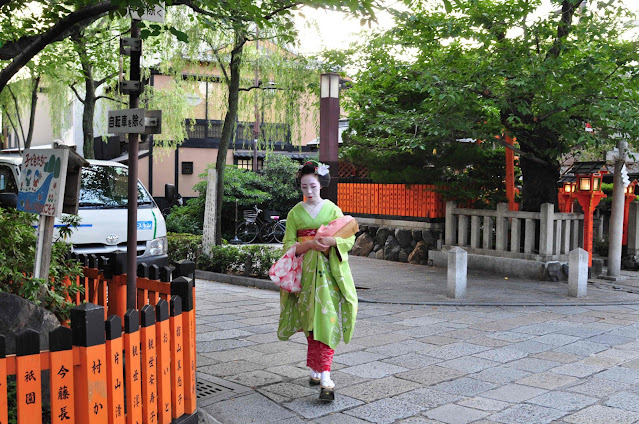 There were a few big cars waiting in the area. In Japanese mangas, these are cars favoured by the Yakuza. I wonder if these belonged to them. 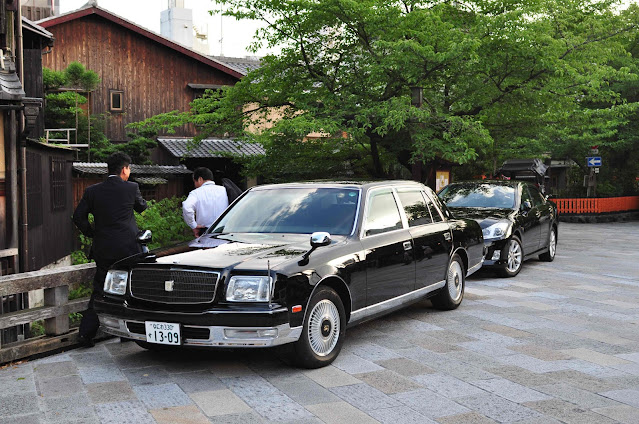