Our trip to Beijing was an unexpected but welcomed break. Our first stop was a 3-night stay at the Sunrise Kempinski Hotel. This luxurious hotel in the Yanqi Lake District of Beijing is probably one of the most eye-catching in China right now. It has 21 floors and 306 guestrooms and suites, and was opened in 2014. It is about 60km to the North of Beijing city centre. We arrived in Beijing just after midnight and were whisked to the hotel by the hotel limousine. When we arrived it was pitch dark outside – so we went straight to bed.

The next morning after breakfast we finally had a chance to admire the hotel in the early Spring sunshine. The hotel was designed to look like a rising sun, and being located next to Yanqi Lake it creates a striking reflection.  The entrance is shaped like the mouth of a fish which symbolizes prosperity. The entire façade is clad in glass – which made it look like a futuristic space ship from certain angles. 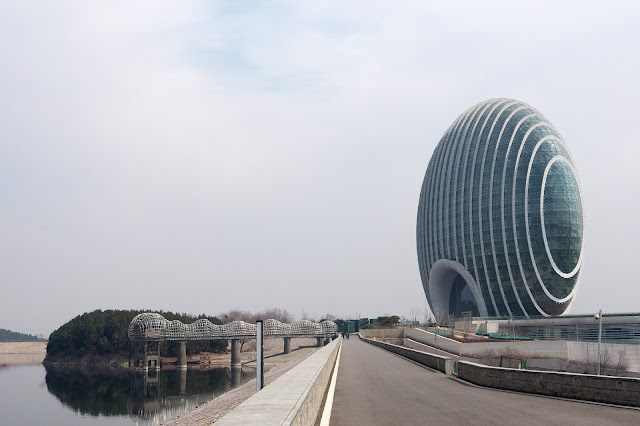 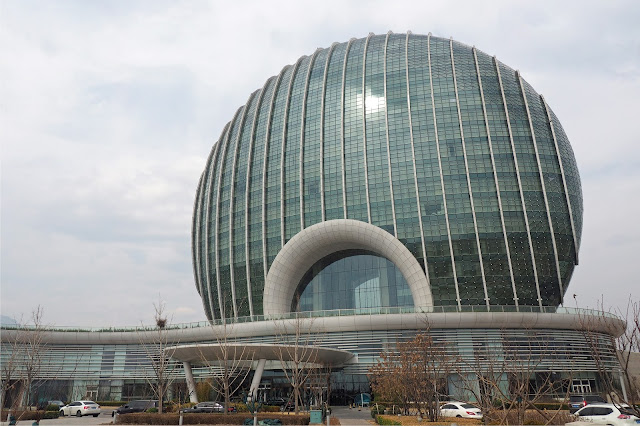 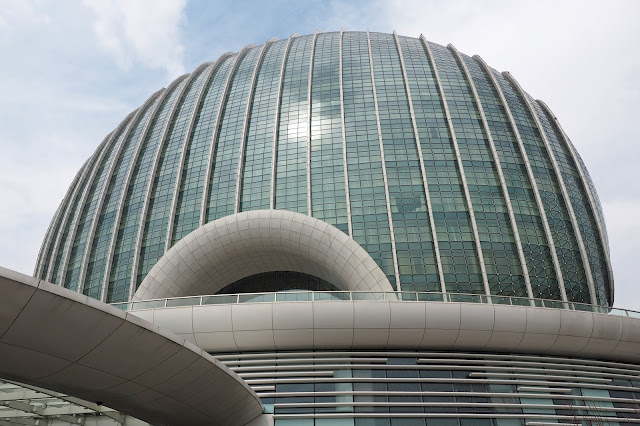 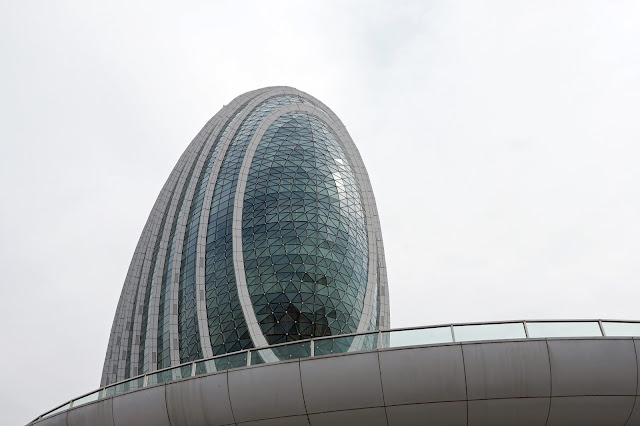 The interior of the hotel is done to typical international 5-star standards - marble everywhere. The most striking design feature is a large crystal chandelier installation which reflects the sweeping mountain ranges nearby. 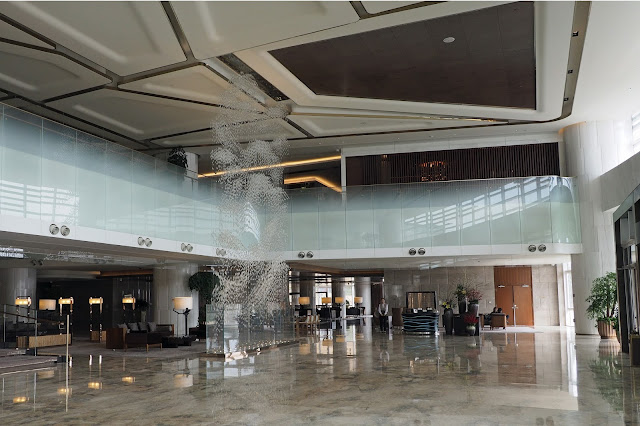 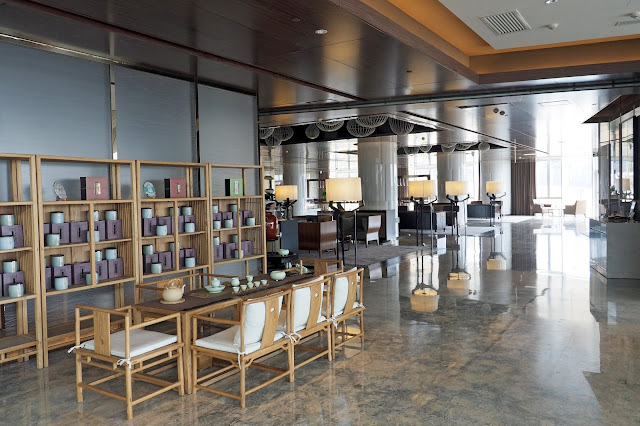 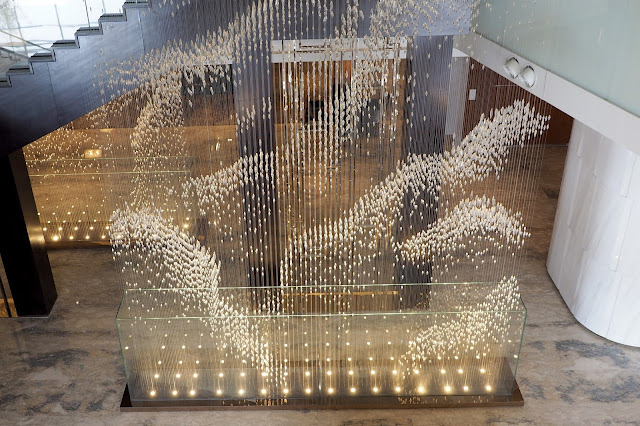 The hotel is very close to the Great Wall at Mutianyu, which was one of the reasons we chose to stay there. The surrounding landscape with a large lake against the mountains is also quite beautiful. 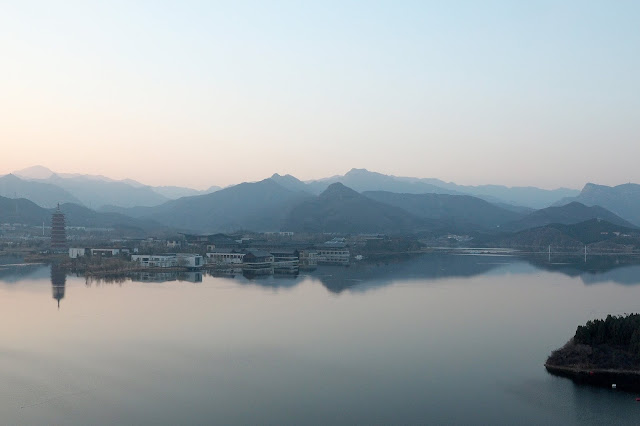