There are many restaurants inside the Sony Centre including even Chinese or Asian. But we were looking for German food and ended up in one of the brewery restaurants - Lindenbrau. The Germans love their beer and many of the traditional German restaurants are beer houses. Once you enter Lindenbrau you are confronted with their mini-brewery which takes centre stage. It features a sterling silver brew kettle that is impressive to behold. The restaurant is quite big with 3 floors of dining space. 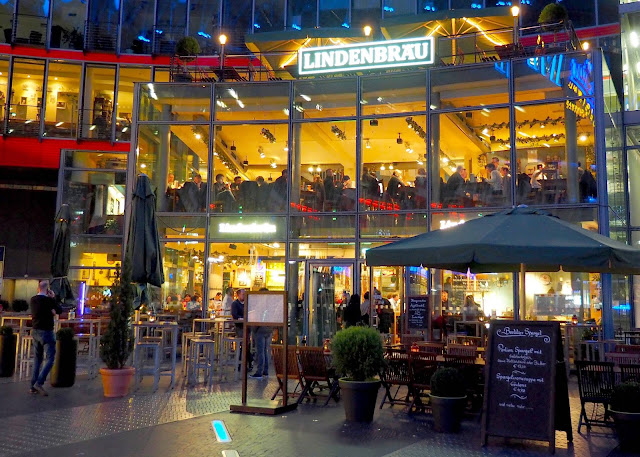 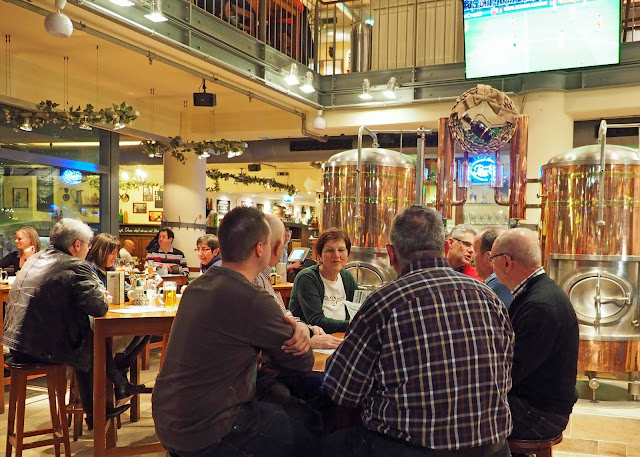 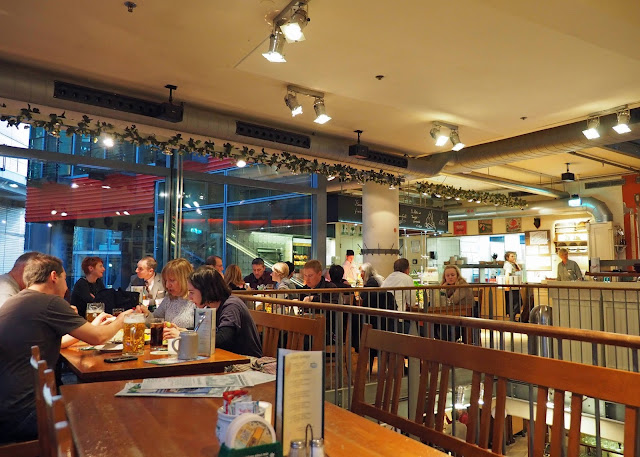 On the menu are the main German staples - and we ordered the Weiner Schnitzel, Berlin Style Pork Knuckle and a clear soup with liver dumpling. The soup was very good - it has a strong and rich flavour. The dumpling was like a meatball - the texture was a bit too mushy to our liking. 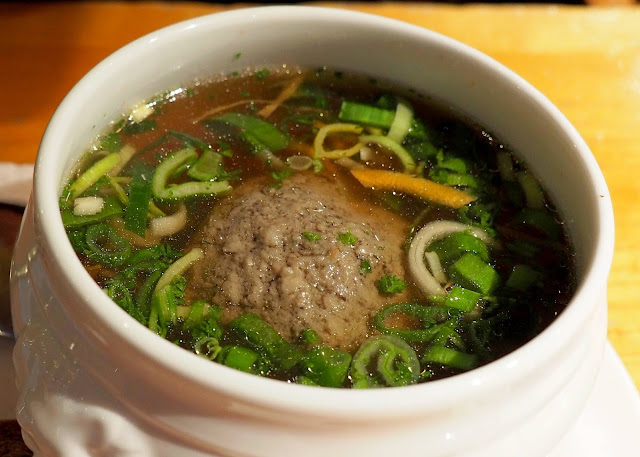 The Weinar Schnitzel was impressively large - it was bigger then the plate ! The batter was quite light and not oily. The veal was tender but very mild in flavour - in fact pork would probably be better. The potato salad that accompanied the schnitzel was very good. 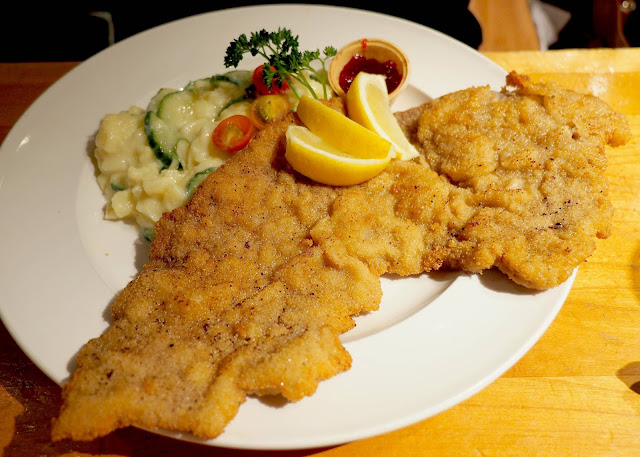 The Pork Knuckle was also impressively large. The skin was not as crispy as we had hoped - but the meat was tender and juicy. 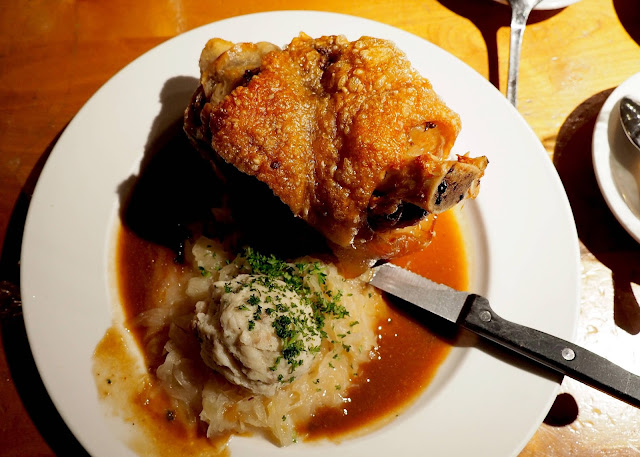 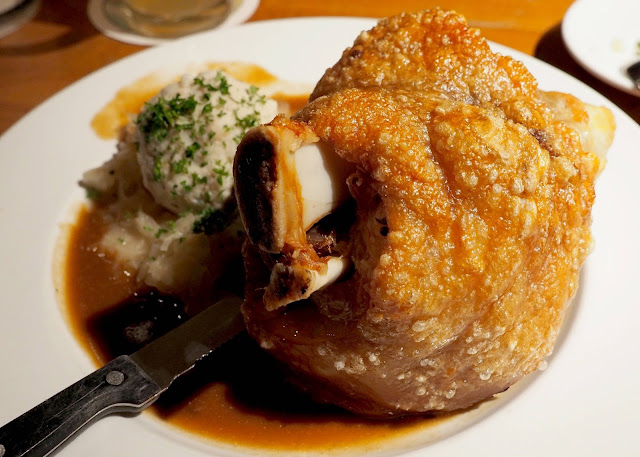 Of course we had to try the beer also - and it was light and refreshing - easily better then anything we can get back home. 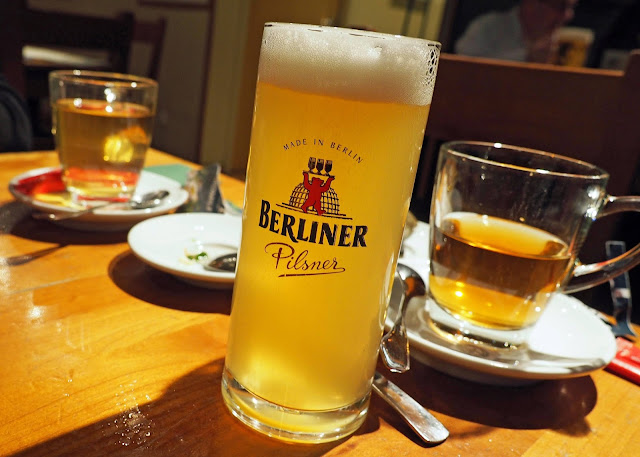 Blogger said…
eToro is the ultimate forex broker for rookie and pro traders.
September 15, 2017 at 5:05 AM