For the first time in our travel experience, we had to change the tour guard on the first day. The first guard who greeted us was from Shanghai and surprisingly knew so little about Hangzhou. Due to his lack of local knowledge and experience, we were taken on a wild-goose-chase around West Lake. He was also unfortunately very stubborn and deaf to friendly suggestions. After our frantic chase around the lake, we were quite famished. We had originally planned to dine at Grandma's House (Wai Po Jia) - a popular West Lake restaurant, but due to the late hour, it was already closed. After checking around, the guard informed that only Lou Wai Lou was still open. Since it was one of the top-rated restaurants in Hangzhou - we agreed to go there.

Lou Wai Lou is an institution in Hangzhou. It is located on the Western shore of West Lake, near Gushan. It is supposedly over 150 years old and has hosted many local and international dignitaries and celebrities. The restaurant we went to is the more modern branch which is a huge establishment with several floors of dining, though as it was already after 2.00p.m., we were the only customers there. 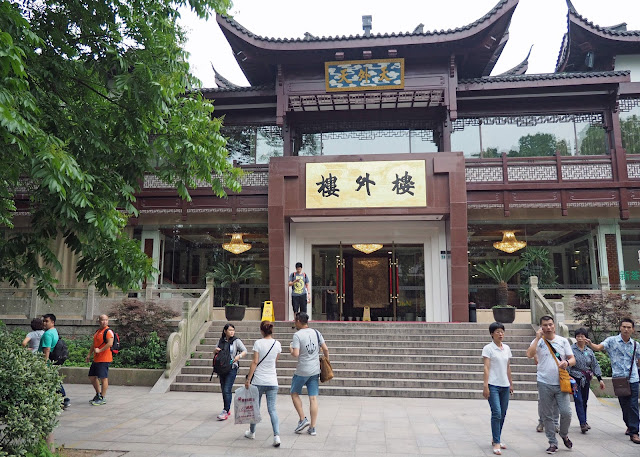 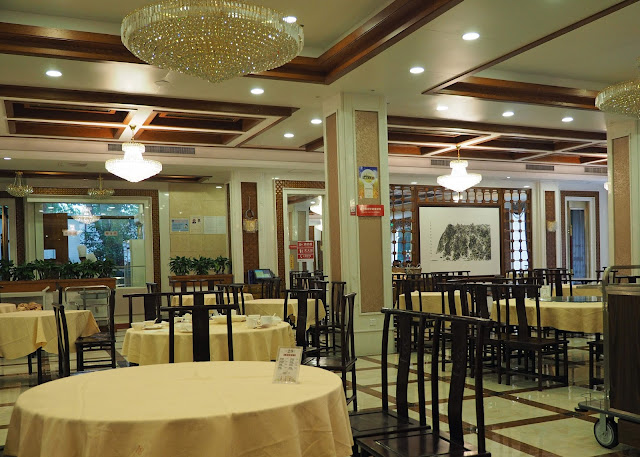 Lou Wai Lou specializes in Zhejiang cuisine - one of the eight distinct styles of cooking in China. One of the signature dishes is Tung Po Rou - braised pork belly, and another famous dish is West Lake Fish. Of course, we ordered those, but to start off we had some lighter dishes. First up was drunken chicken - poached chicken in wine. This was a good version - the meat had a tender yet firm texture and infused with the subtle fragrance of wine. 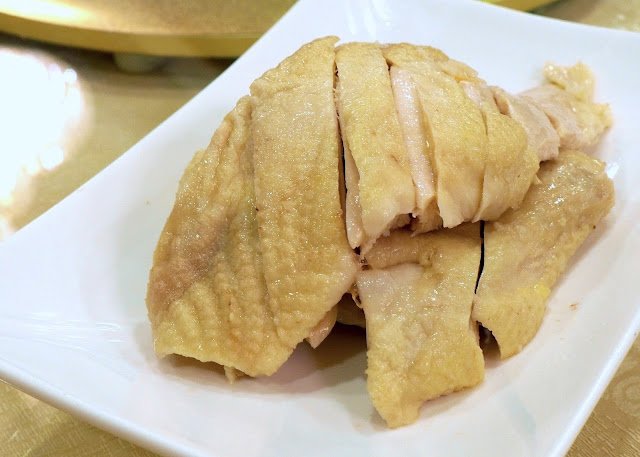 The Long Ching Shrimp was another very good dish - the prawns were perfectly cooked and retained their sweetness and springy, crunchy texture. There was a hint of bitterness from the Long Ching tea leaves used in the dish. 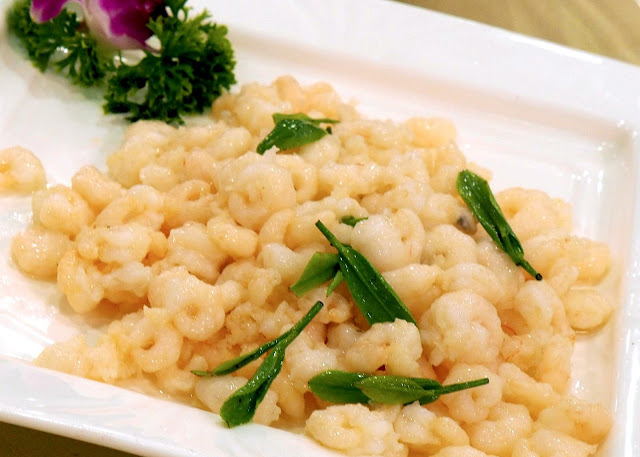 A couple of vegetable dishes followed - winter melon with bamboo shoots, eggplants in fish-fragrant sauce. Both were fresh and tasty. 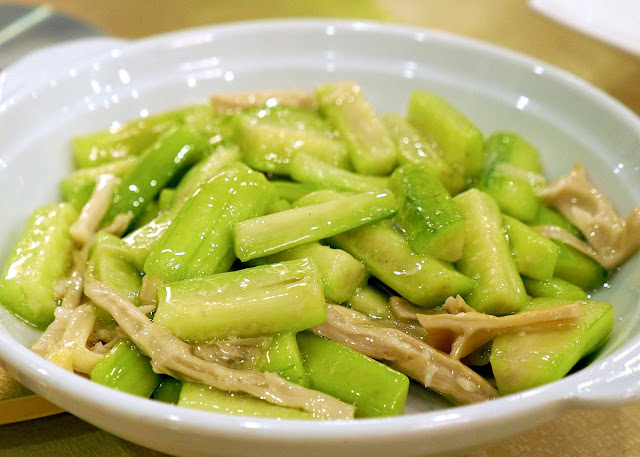 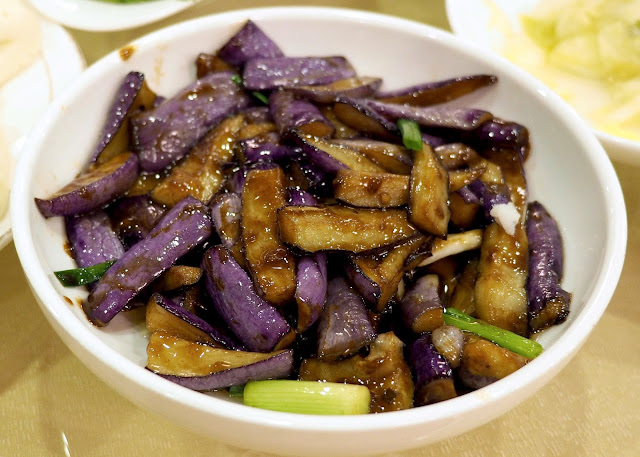 Next came the Tung Po Rou - which was served in individual portions in a terracotta pot. It was melt-in-the mouth and delicious. 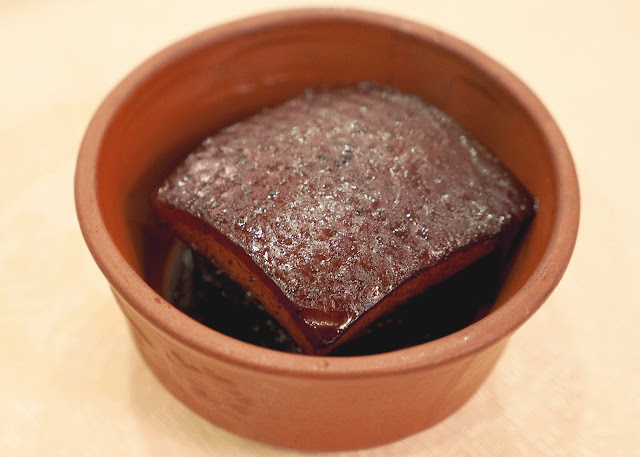 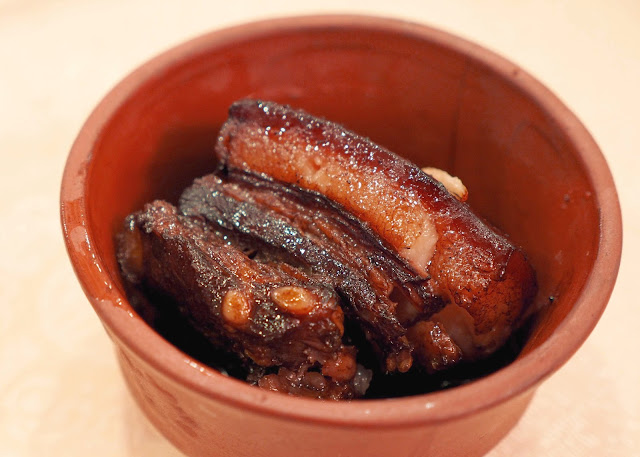 The West Lake fish - freshwater fish steamed and served with a sweet and sour vinegar sauce, was actually my least favourite dish. I don't generally like the texture of freshwater fish, and the sauce did not do much to bring out the flavours of the fish. 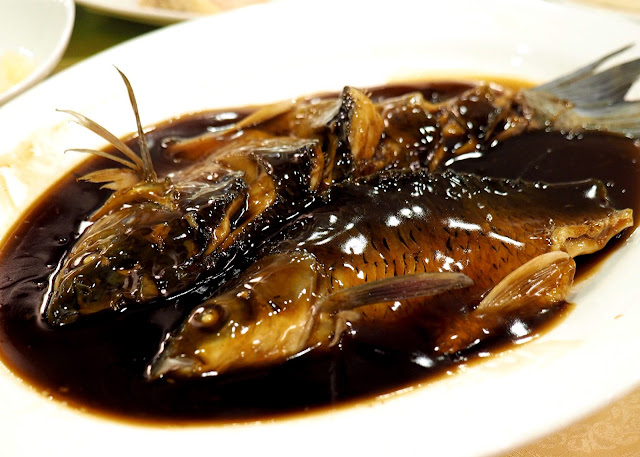 The food at Lou Wai Lou was good, but not outstanding. I have been to Zhejiang restaurants in Shanghai which are much better. Based on what we had, I think there are far better options in Hangzhou.