Four Seasons Hotel Budapest is the most prominent hotel in Budapest - as it directly faces the Chain Bridge which is one of the most prominent landmarks in the City. Completed in 1906 as Gresham Palace - it was an office and apartment building for the Gresham Life Assurance Company of London.

The art nouveau building has a grey facade which on first viewing does not appear that impressive especially on a dull day. However as you approach the building you begin to see the beautiful details such as the wrought iron gate with peacock motif. 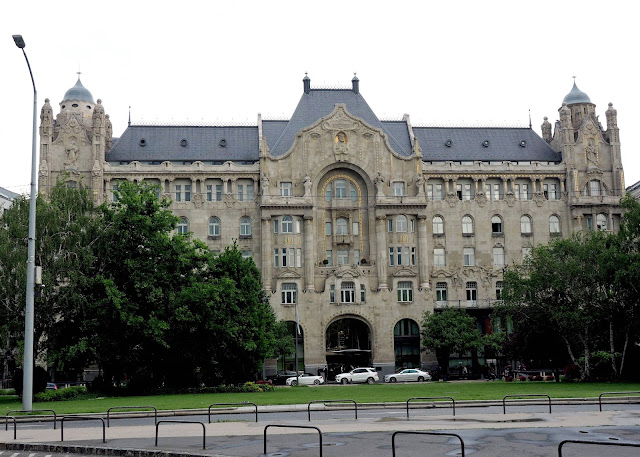 As you enter the lobby - the high vaulted ceiling with stained glass panels eventually brings your eyes to a centre glass-dome adorned with Chihuly chandeliers. The overall effect is an understated elegance that is the hallmark of the Four Seasons brand. 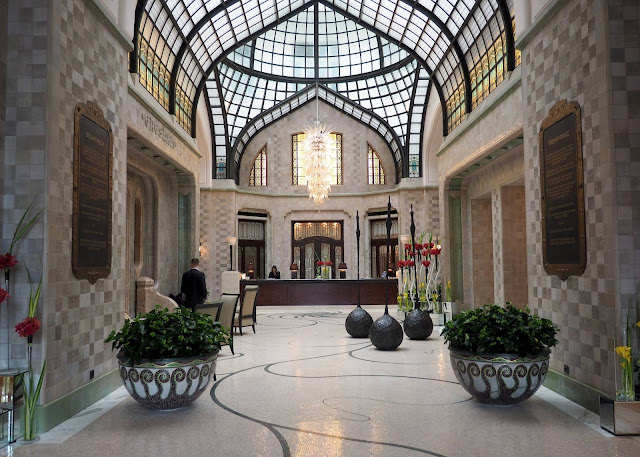 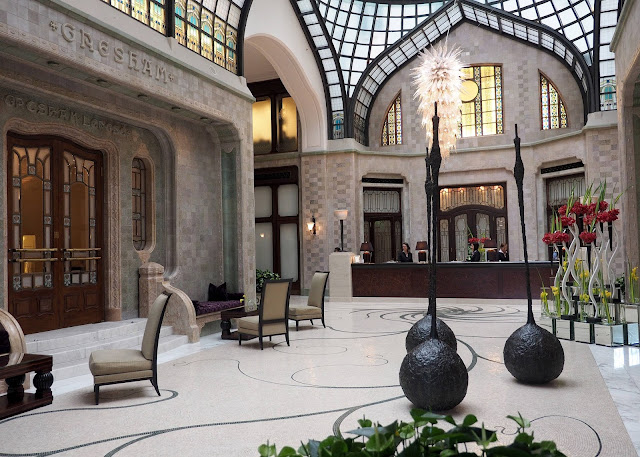 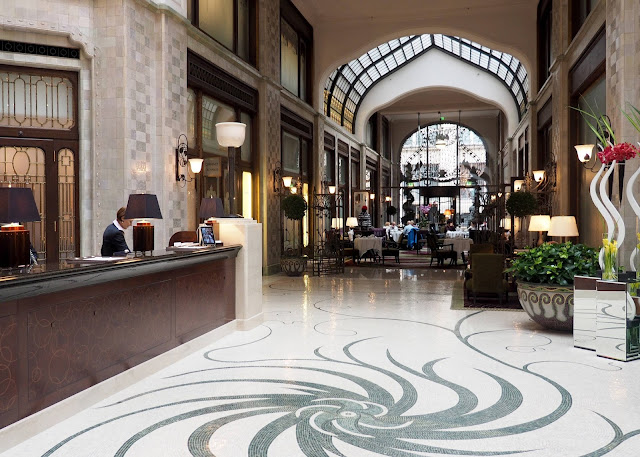