One of the most popular attractions in Hue is the Imperial Citadel. This is a huge fortress and palace complex built by Emperor Gia Long at the beginning of the 18th Century. He based the layout and design on the Forbidden City in Beijing - considering himself of the same standing as the emperors in China. 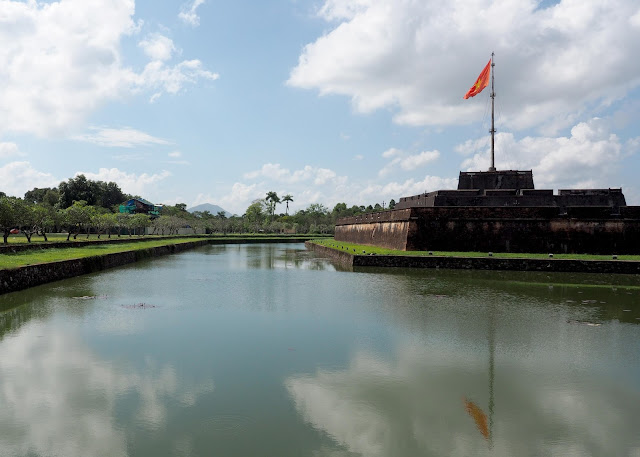 Entrance to the Citadel is through several imposing gates. 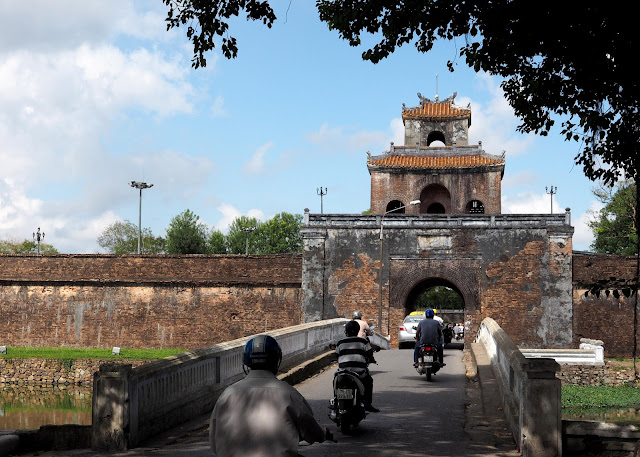 The Citadel once houses over 160 buildings. Most of these were destroyed during the Vietnam War, and only around 10 buildings remain. A process of restoration started after the City was made a UNESCO World Heritage Site in 1993. The most impressive building is the main gate - the Ngo Mon Gate. 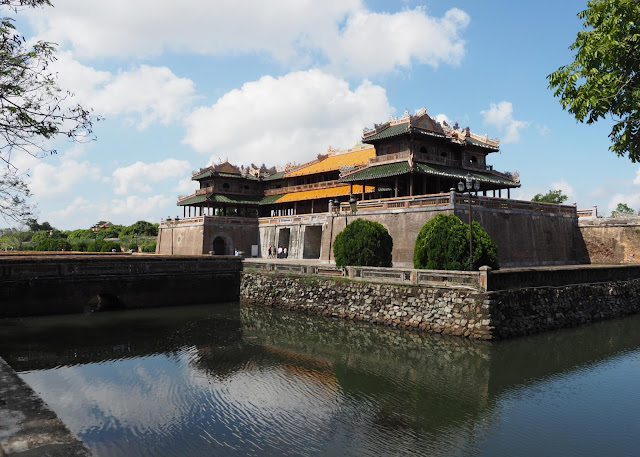 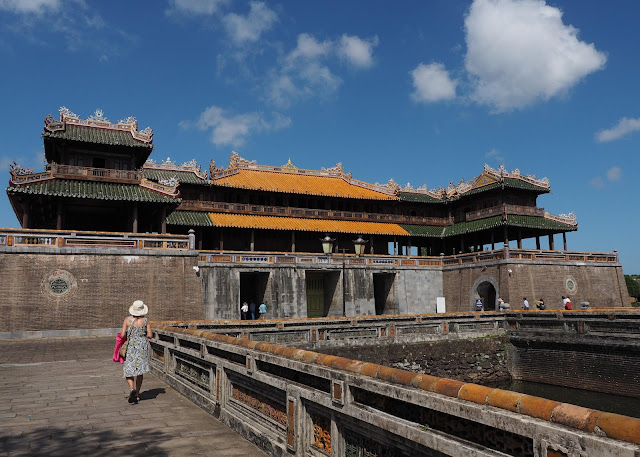 The compound of the Imperial City is huge. It can easily take half a day if you want to explore it leisurely. Among the ruins are some beautiful buildings which give you a glimpse of the splendour that it used to be. 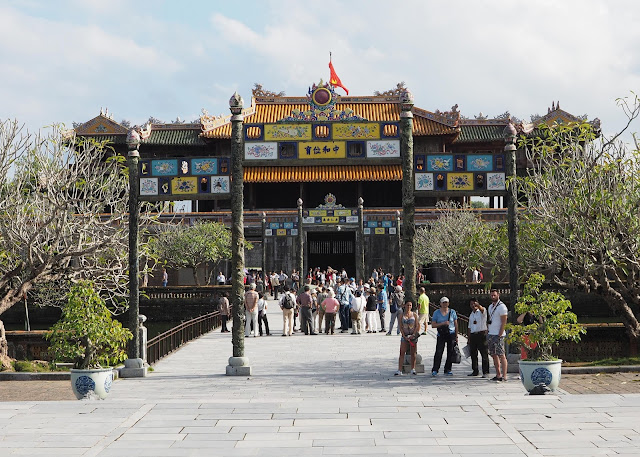 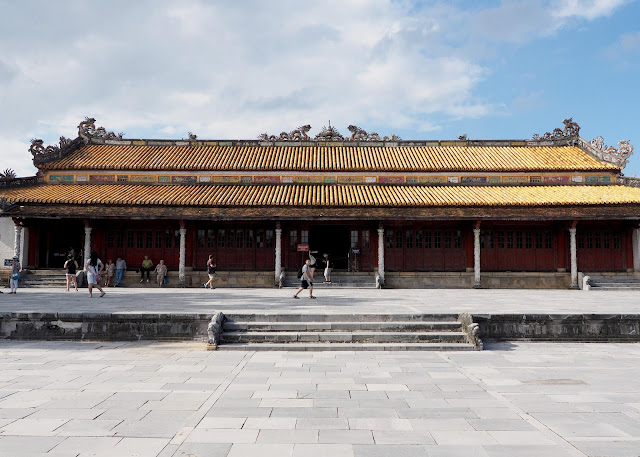 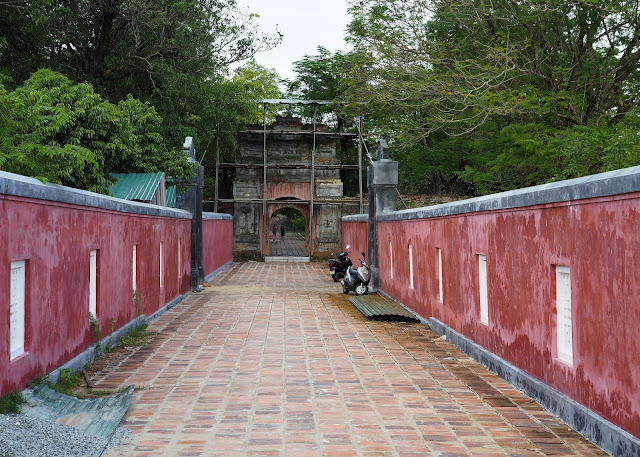 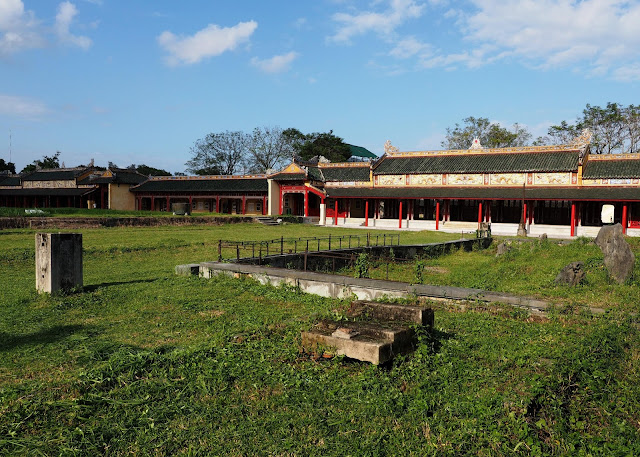 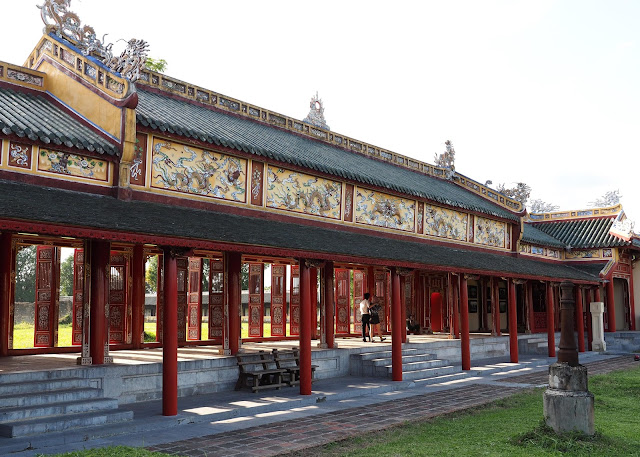 Musicians in traditional costumes provide interesting distractions while you are touring the sights. 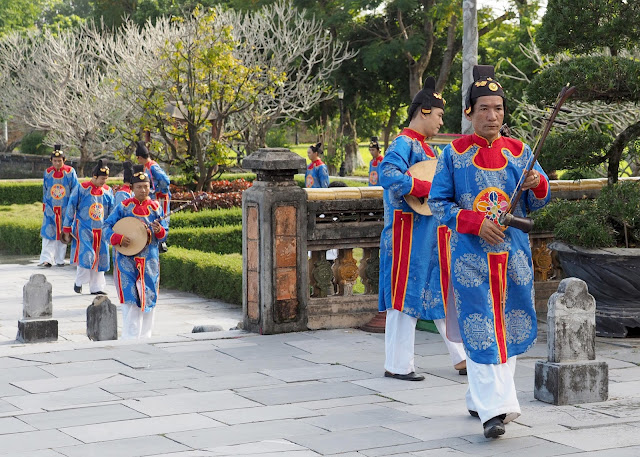 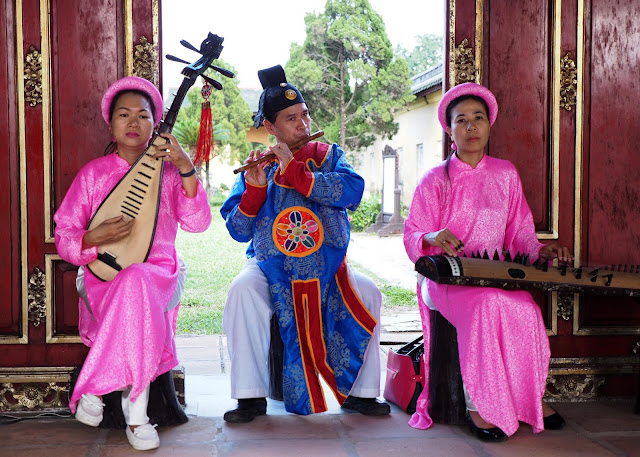