One of the most beautiful heritage buildings in Hue happens to be right in the city. An Dinh Palace was built by Khai Dinh - the 2nd last Emperor of the Nguyen Dynasty. It was completed in 1918 in a French Colonial style in which Emperor Khai Dinh had great interest. The palace was later used by Khai Dinh's son Bao Dai who was the last emperor of Vietnam. It was almost completely destroyed and was recently restored as part of a German Government aid project. 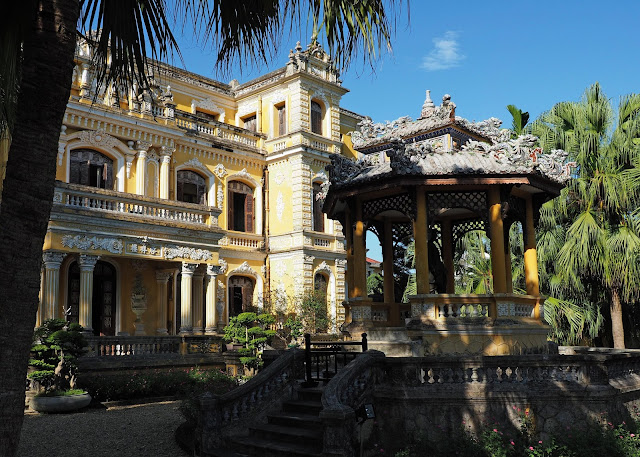 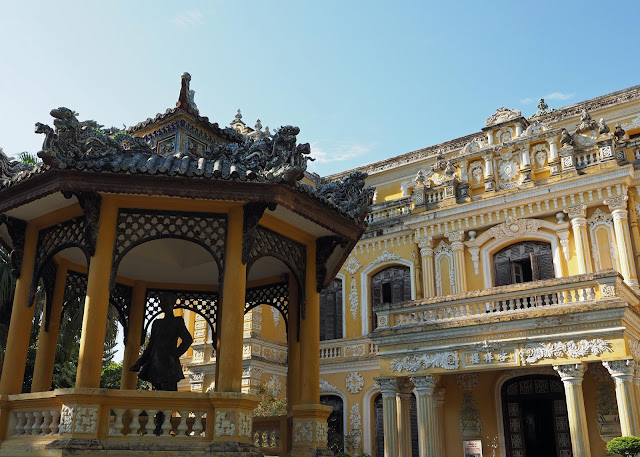 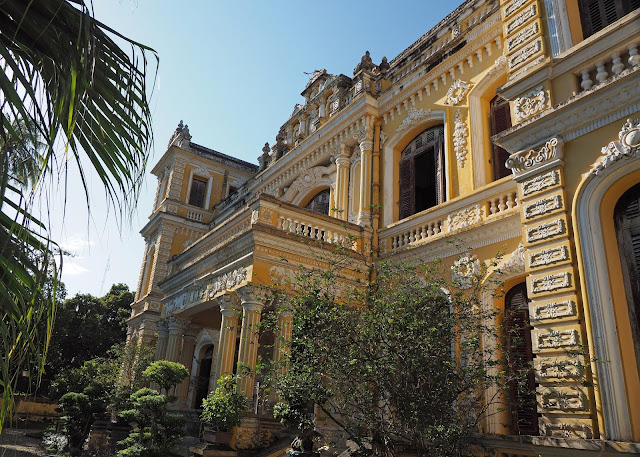 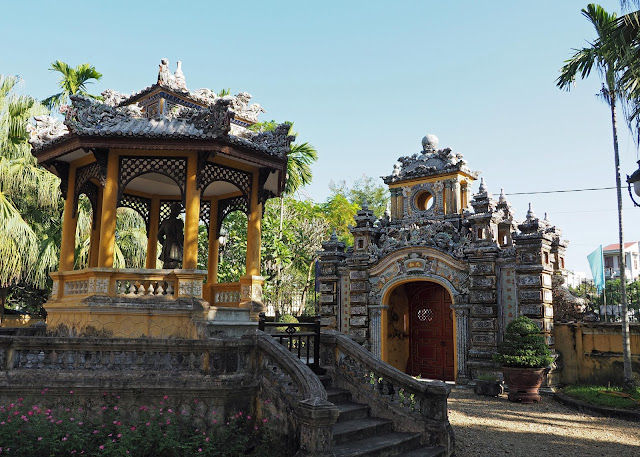 The building interior on the ground floor is very ornate and impressive. 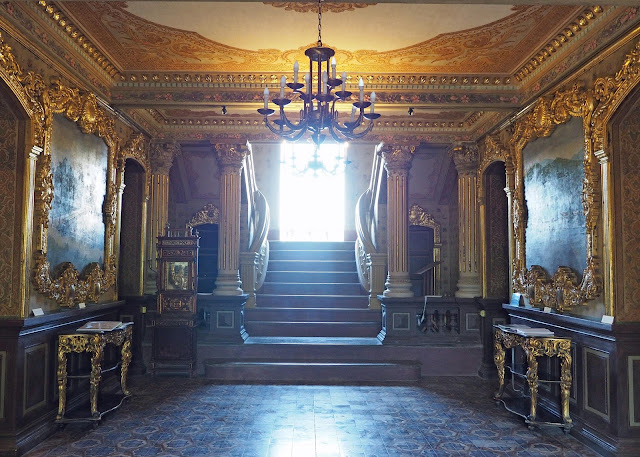 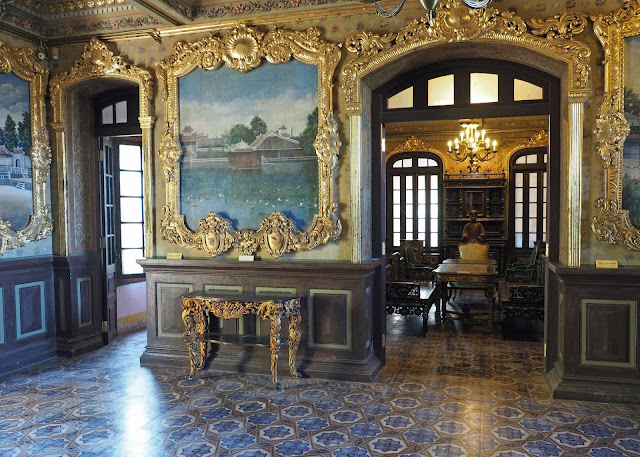 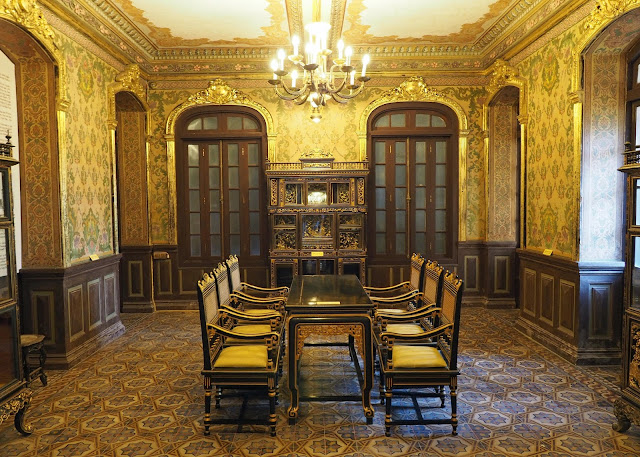 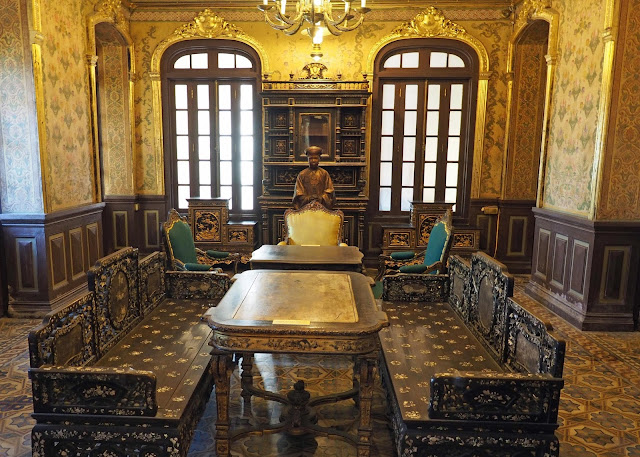 It was interesting to see the sleeping quarters of the royal family. These rooms are not fully furnished like the ground floor - and not as ornate. In fact, the bedrooms are all of quite modest proportions. 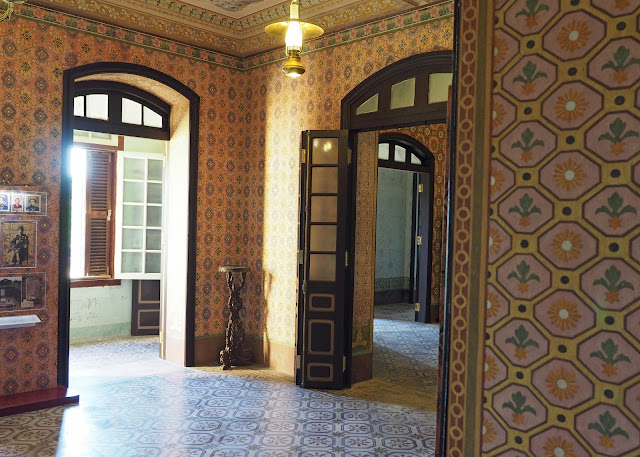 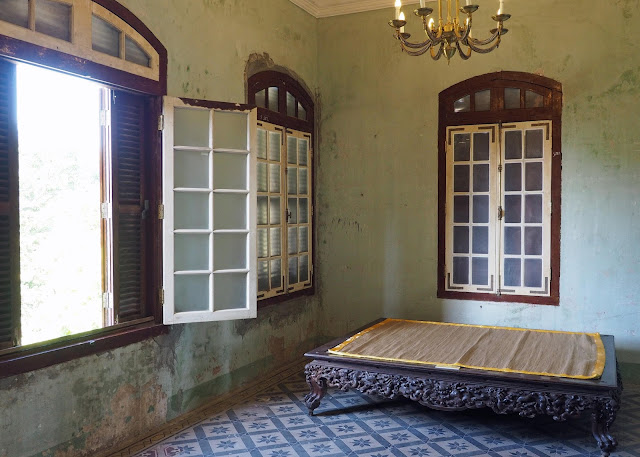 There is supposedly an entrance fee to visit the palace - but when we visited the attendants did not bother to collect anything from us. We were left free to wander through the building and compound on our own.