London has its Tate Modern, Sydney has its Powerhouse Museum - and not to be outdone, Shanghai has its Power Station of Art. Opened in 2012, this massive contemporary art museum occupies a disused power station - the Nanshi Power Plant which was also temporarily the Pavilion of The Future during the 2010 Shanghai World Expo. 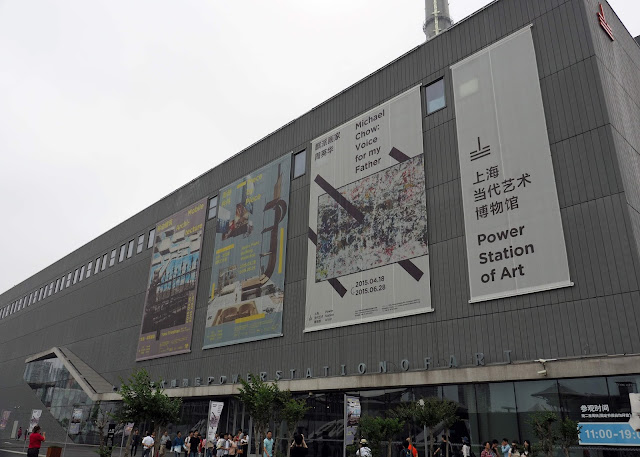 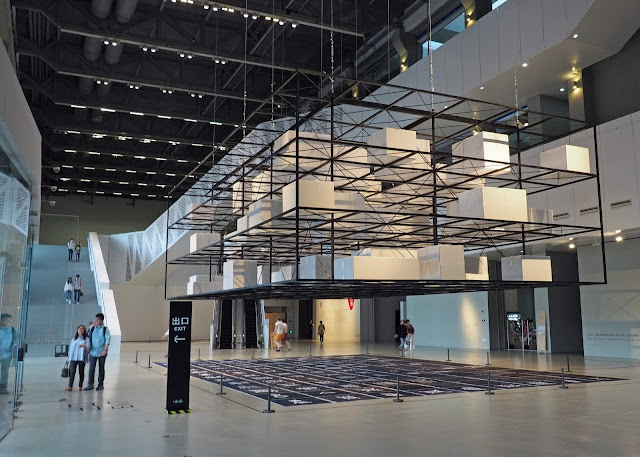 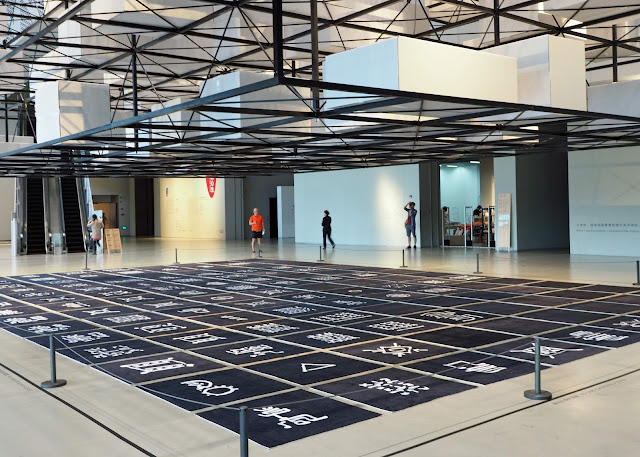 We were there for the Renzo Piano exhibition - Piece by Piece. This is a traveling exhibition that has moved from place to place since 2014. It was hosted at the Power Station of Art from March to June 28 2015. 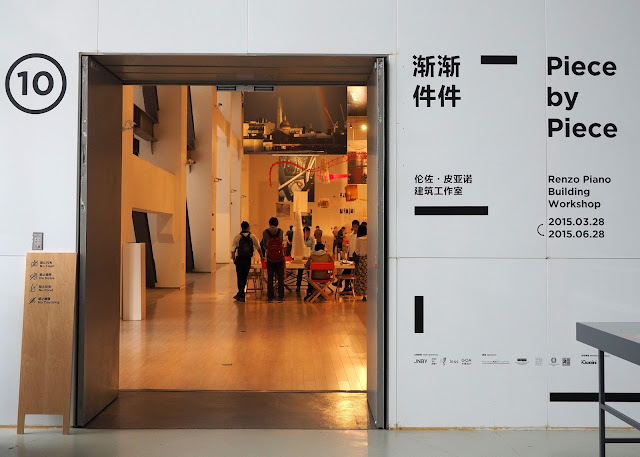 This is a massive architectural exhibition of Renzo Piano Building Workshop's output over the years, The exhibits are organized into 32 tables - each containing books, drawings, sketchbooks, models and even prototypes of various building components. 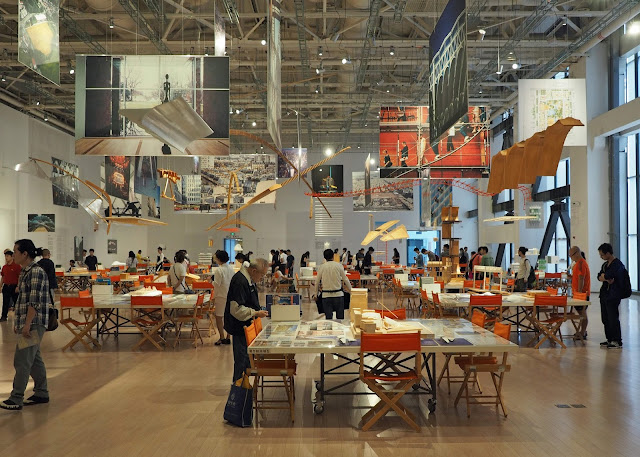 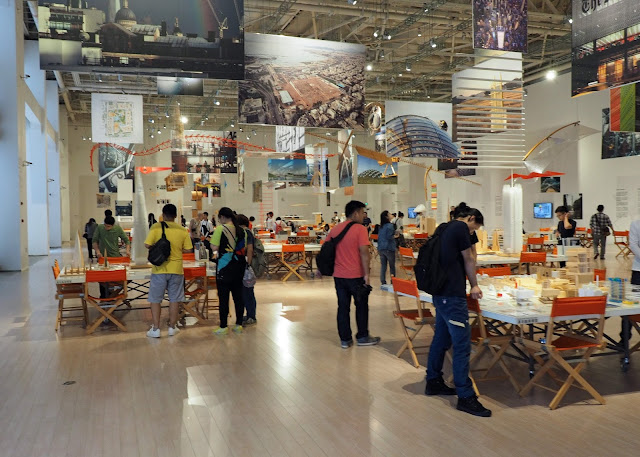 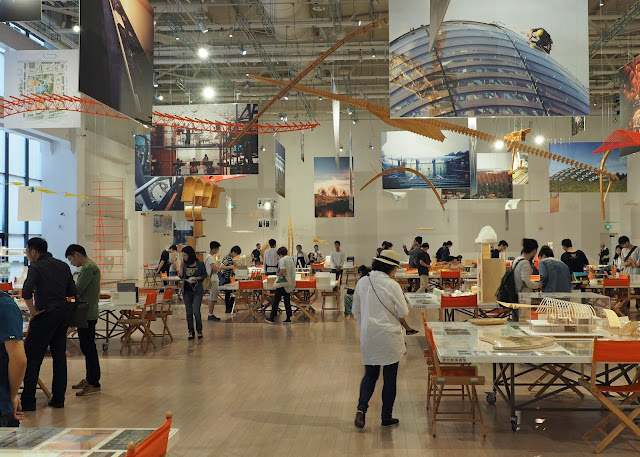 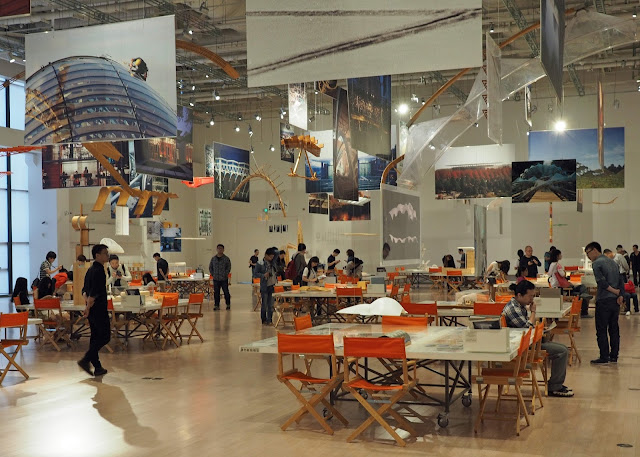 The most interesting exhibits are the beautifully made models. 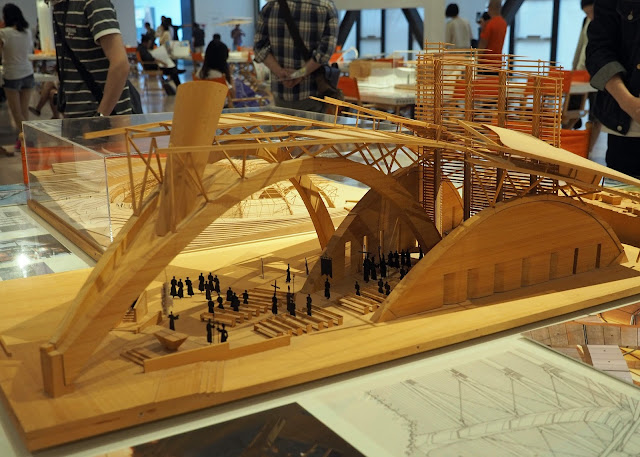 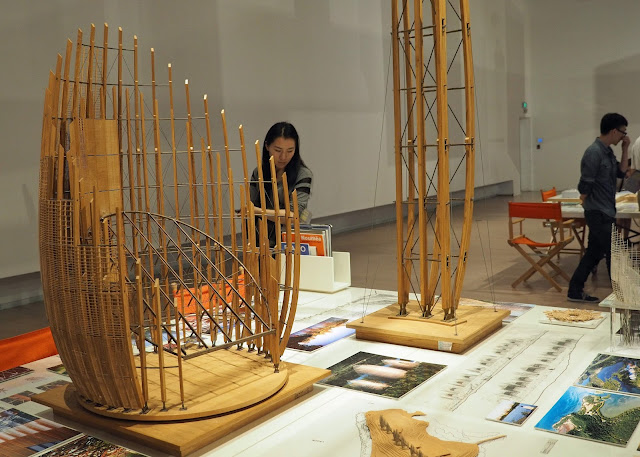 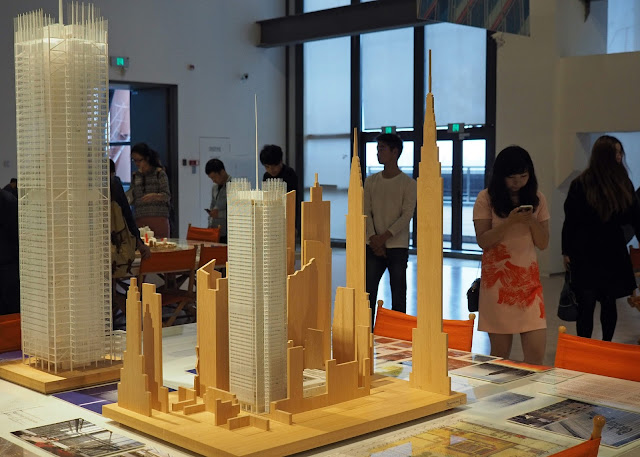 Some of the exhibits hang from the ceiling - large scale mock-ups of building structures. 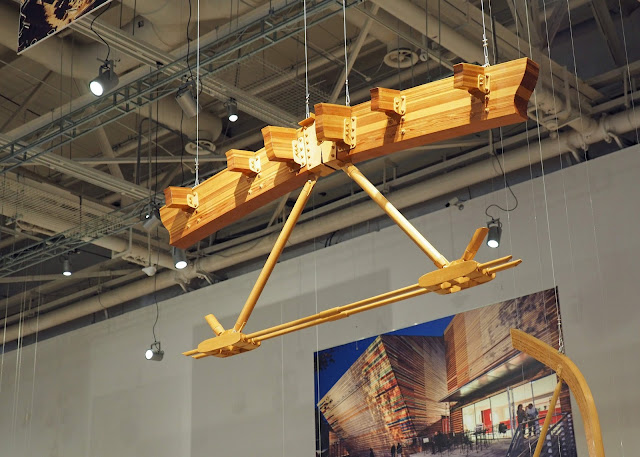 I am not sure where the exhibition is now. If you have a chance - go see it.