In Italy you have Parma Ham, in Spain, you have Jamon Iberico, and in China you have Jinhua Ham. Like the Parma Ham and Jamon, Jinhua Ham is dry-cured.  It is made using the whole hind leg of a special breed of black pig. Some say Jinhua is the best ham in the World, but the Italians and the Spaniards may beg to defer. The earliest record of Jinhua Ham date back to the Tang Dynasty in the 6th Century AD and some believe that it was Marco Polo who brought this technique of dry curing back to Italy. So when we eat Parma or Jamon we may be eating Chinese ham anyway!

While walking down Chungshan Road, I came across this specialty shop selling the premium Jinhua Ham. The Chinese are pretty deft marketers, and big legs or ham were hanging outside the shop attracting lots of curious passersby. 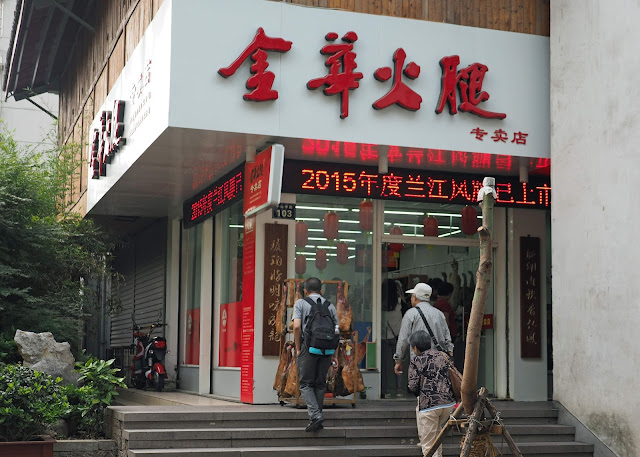 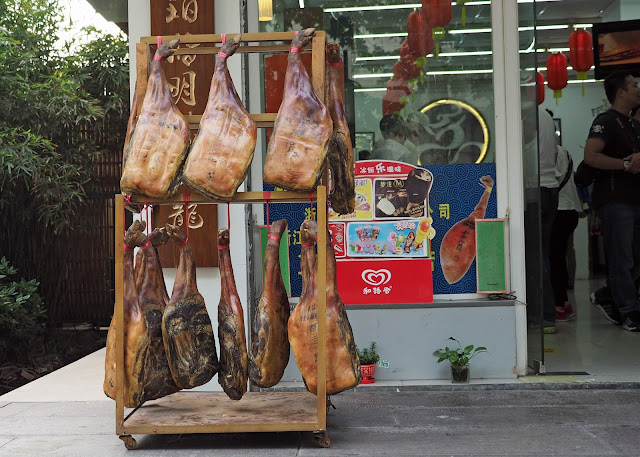 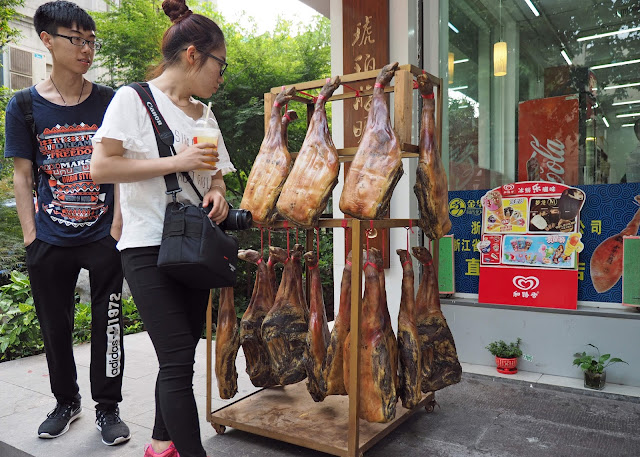 The Chinese normally use Jinhua Ham as a flavour enhancing ingredient - either in sauce or stock. In fact, the Superior Stock owes its special flavour to this important and expensive ingredient. Sliced thinly like Jamon - Jinhua Ham is also delicious on its own. 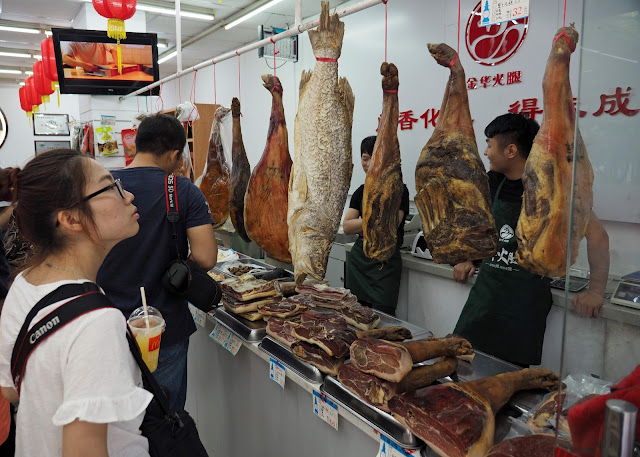 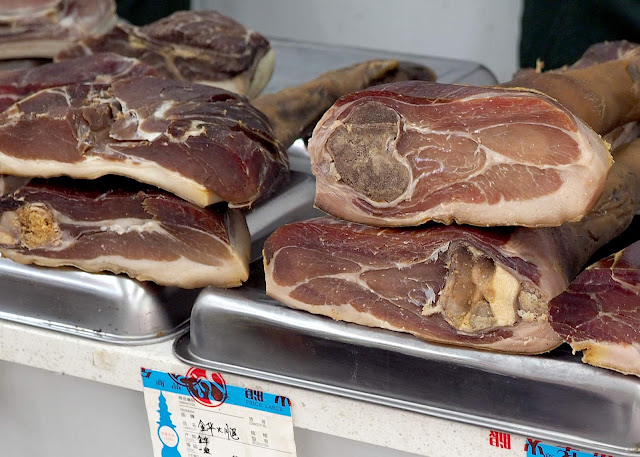