Impressions West Lake is a live performance show directed by Zhang Yi Mou - one of China's preeminent movie directors. He has also directed 2 other Impressions live shows - Impressions Liushanjie and Impressions Lijiang which were both very well received. The West Lake show is staged entirely in the Lake, with the stage built around 3mm below the water surface. It involves more than 500 performers. No need to say we were dying to see this much-applauded live spectacle.

We had booked the premium seats and were right at the front row next to the lake. After a short wait - the show started. The sound, lighting and staging were top-notch - it must have been a huge challenge in such an open environment. 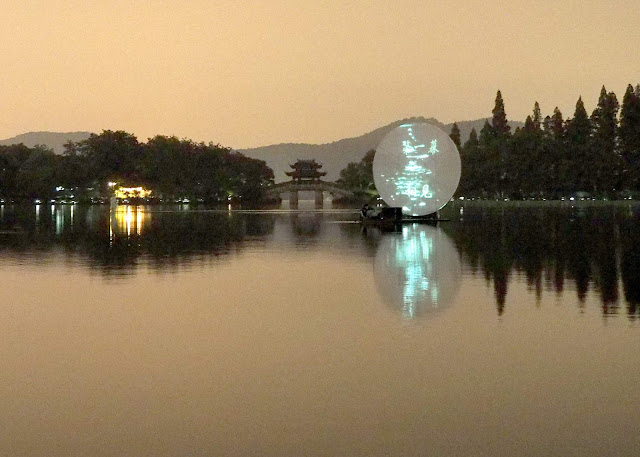 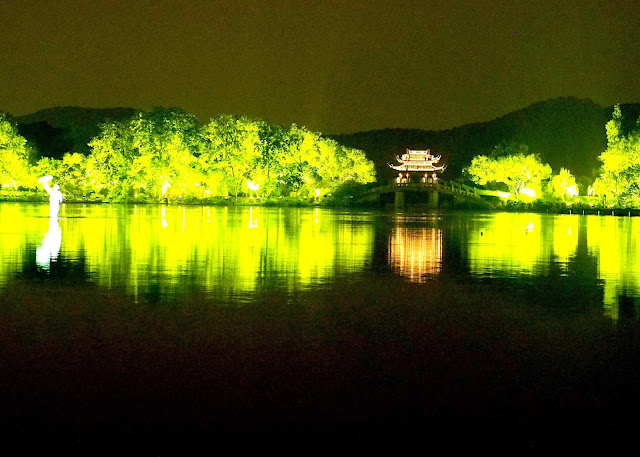 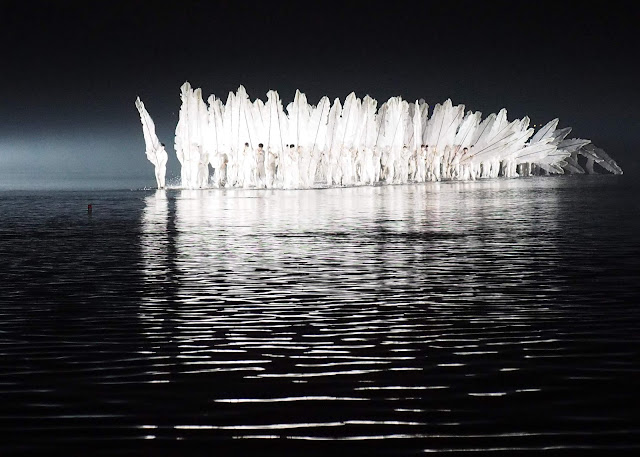 The show is roughly based on the Legend of Lady White Snake - however, there is no dialogue and explanation and the storyline is difficult to follow. It is best to enjoy the show just as a visual dance and performance. Although the number of performers involved is enormous, and the stage is gigantic - the scale of the performance is somewhat diminished due to the distance of the performers from the audience. It was only when the performance moved closer to the audience - either in boats or on a motorized stage, that you can truly appreciate the artistry of the performance - the costumes, the actions, the dance movements. 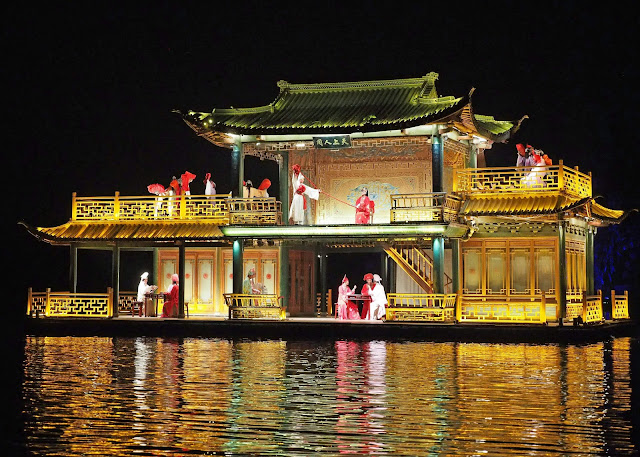 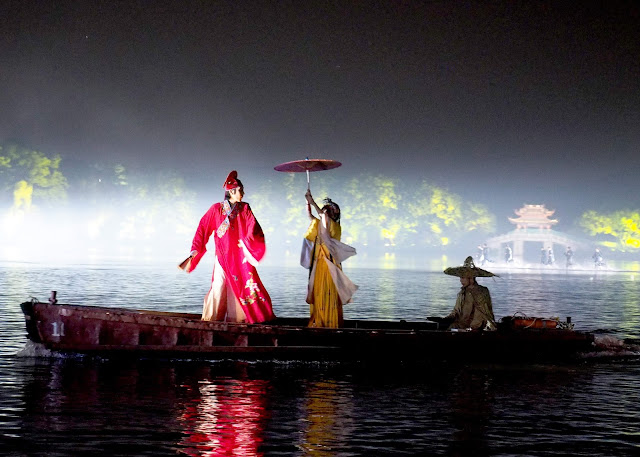 To recreate the rain and the misty effects in the story, at one point during the show there was a huge prop which rose from the lake. The scale of it and the effect was no doubt impressive - but it felt somewhat disjointed from the overall feel of the show - it was a bit sci-fi. 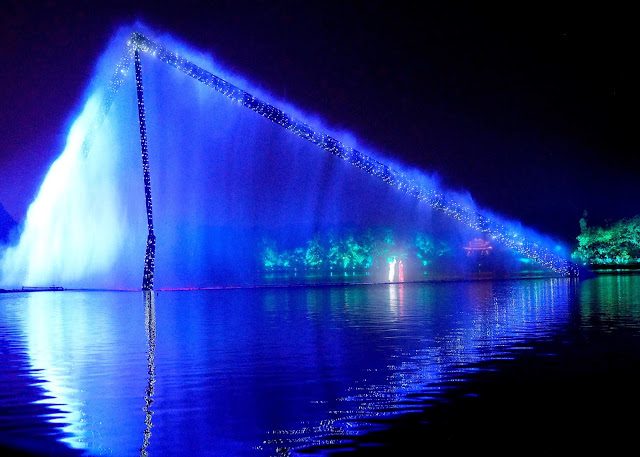 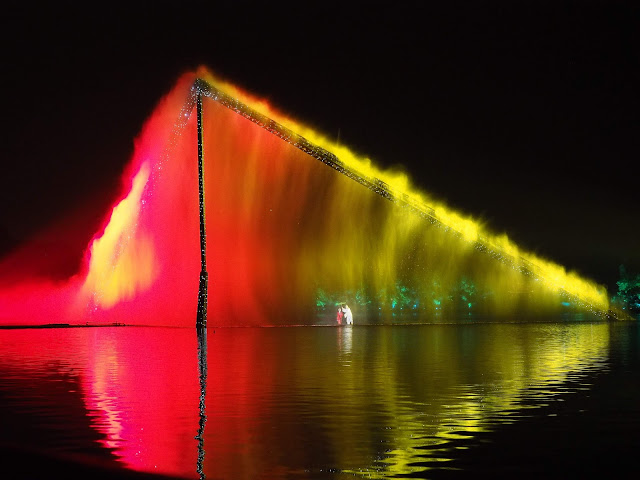 Overall I had a mixed reaction to the show. Some aspects of it are no doubt impressive, but on the whole it was not as impressive as I had expected it to be.