From Madrid we drove to Valencia which is a 4-hour journey covering around 350 km. Valencia is the 3rd largest city in Spain, with a population of around 1.5 million. Located along the Eastern coastline of Spain and facing the Mediterranean Sea, Valencia is one of the major seaports of Spain and Europe.

Valencia is an old city with over a thousand year of history. It was founded during the Roman empire, and over the centuries has accumulated many historical buildings of different periods. It used to be surrounded by a city wall which is mostly gone - the only remnants of the wall are 2 city gates - the Torres de Quart in the West and the Torres de Serranos in the North. Torres de Serranos is considered the main gate to the city, and it is open to the public. It is still one of the tallest structures in Valencia and you get good views of the city from the top.

The Torres de Serranos - an interesting Medieval structure, especially from the back. 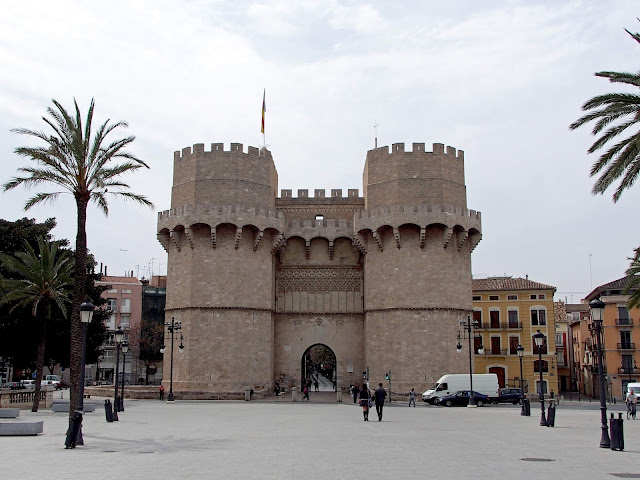 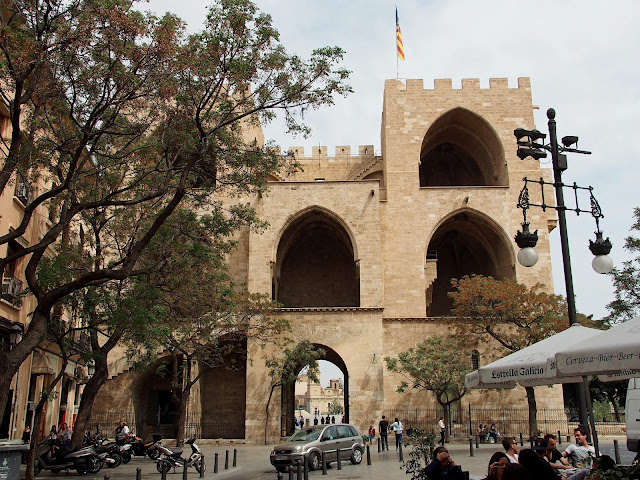 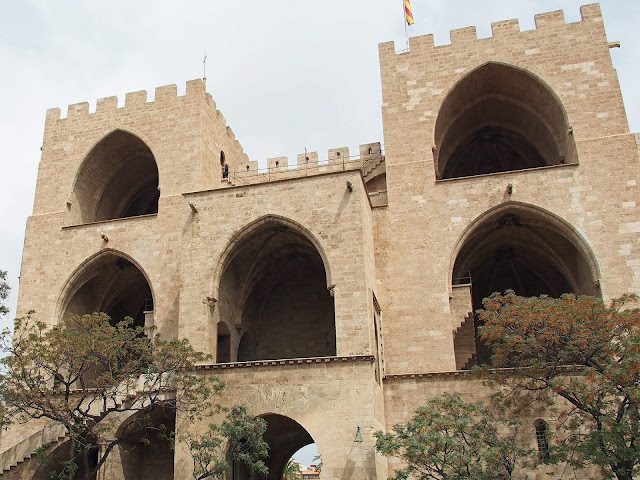 From the top of the tower you get great views of the city. Most of the buildings in the old town are kept below 6 storeys. 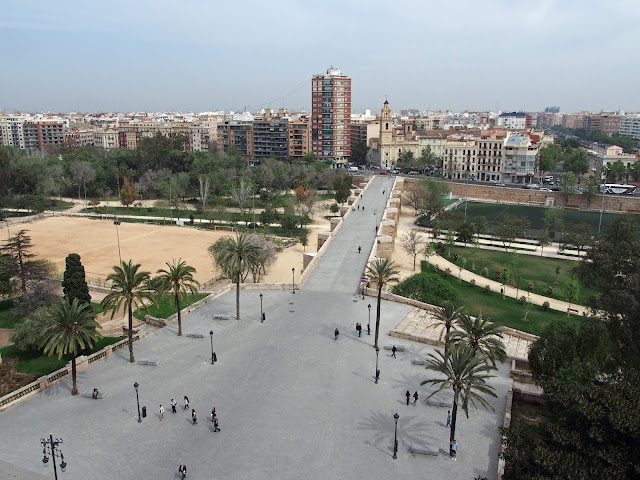 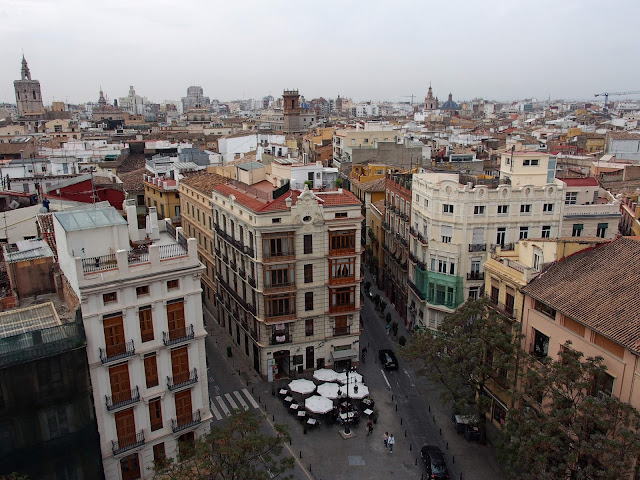 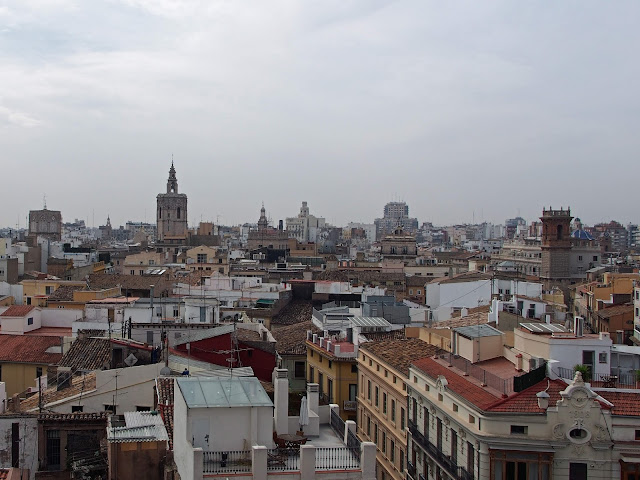 Valencia's architecture is a mix of Medieval, Gothic, Renaissance, Art Deco, Art Nouveau, Modernist and modern. Like Madrid - it is a laboratory of different architectural styles due to its colourful history. 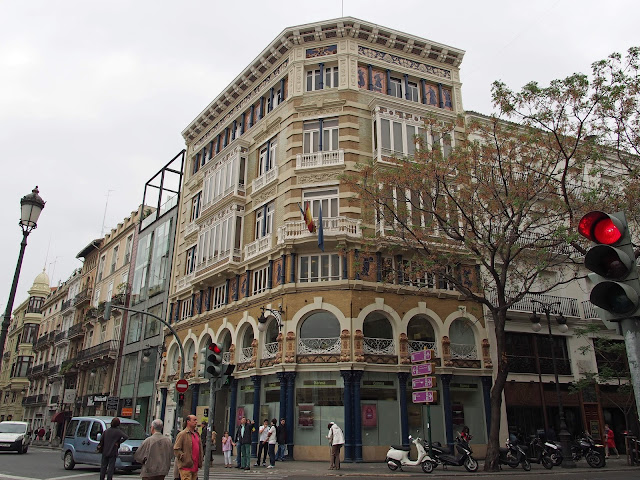 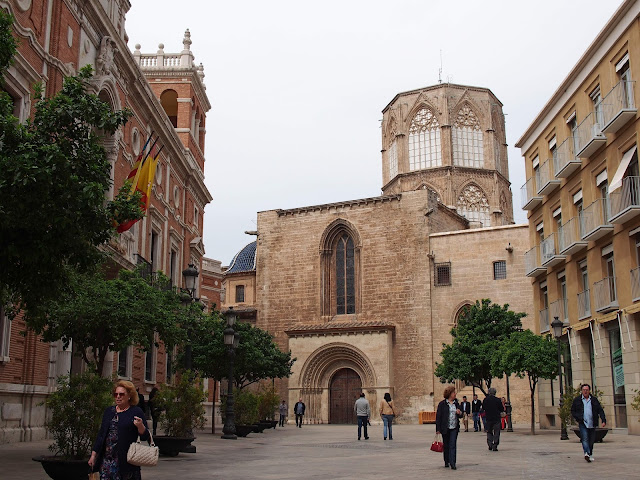 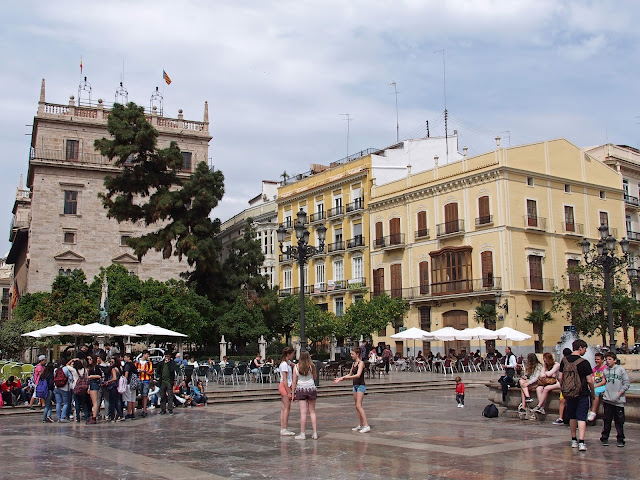 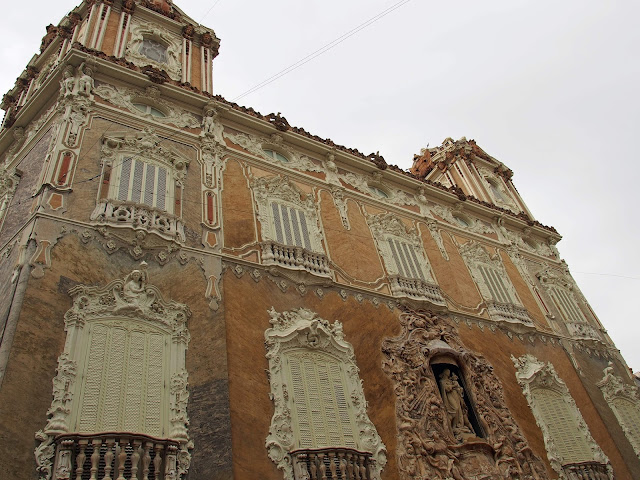 Valencians love the outdoors - and with a mild and pleasant weather it is easy to understand why. 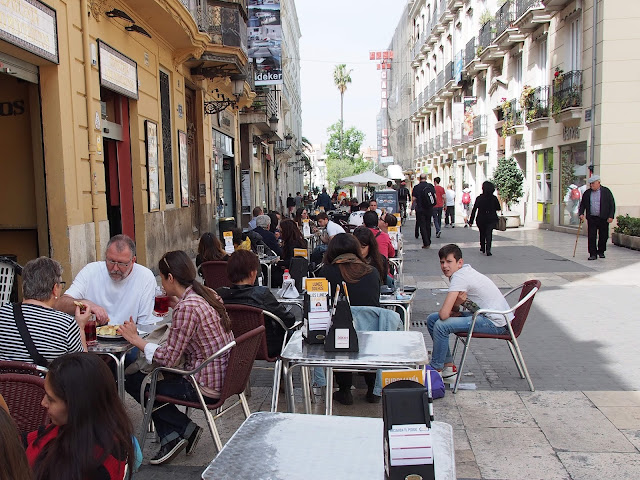 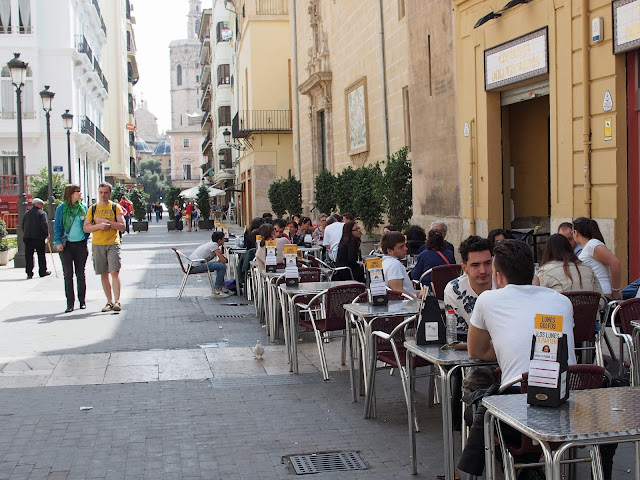 The old town of Valencia has very much kept the Medieval plan and is a maze of small lanes and alleyways punctuated with the occasional courtyards and squares. It is quite compact and great to explore on foot.