Valencia 2014 - The City of Arts and Sciences Part I

The main reason for our visit to Valencia was to see the fantastic buildings by Valencian architect Santiago Calatrava. He has transformed a large part of Valencia into the City of Arts and Sciences - which is a collection of a large number of amazing buildings - all designed by him. The city embarked on this ambitious project in part to try and recreate the "Bilbao Effect" - the transformation of the city through an iconic building project. However, this project in Valencia cost so much that it almost bankrupted the city, and some major problems with the buildings are proving very costly to rectify. More on that later.

The buildings are set in a park which is actually reclaimed from the Turia River which used to run through the city. The Turia River was usually quite dry, but over the centuries serious floods have occurred which affected parts of the city. In October 1957, a major flood swallowed much of the city causing major damage - some areas were covered in 2 to 5 m of water. After that flood, the city decided to divert the river and today the Turia River has been transformed into a beautiful park following the original route of the river, and the City of Arts and Sciences occupies an entire section of the park close to the harbour.

One one the main components of the Calatrava complex is the City of Sciences - which itself consists of several buildings - the most prominent being the Príncipe Felipe Science Museum - an interactive science centre. Visually very striking - the building resembles the bones of a prehistoric dinosaur. Calatrava's structural pyrotechnics can be seen everywhere - and it is quite a sight to behold. 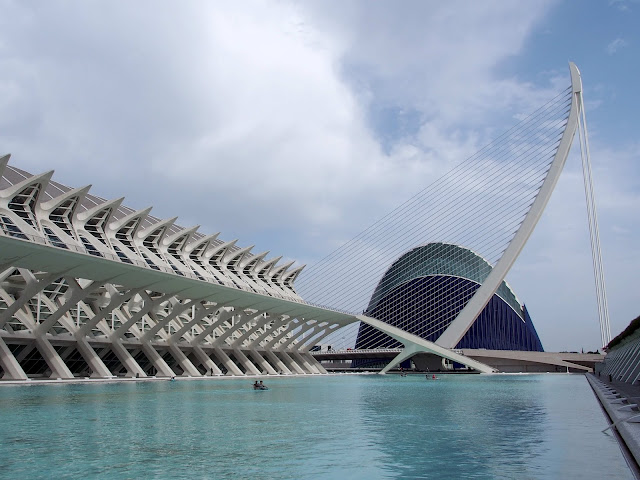 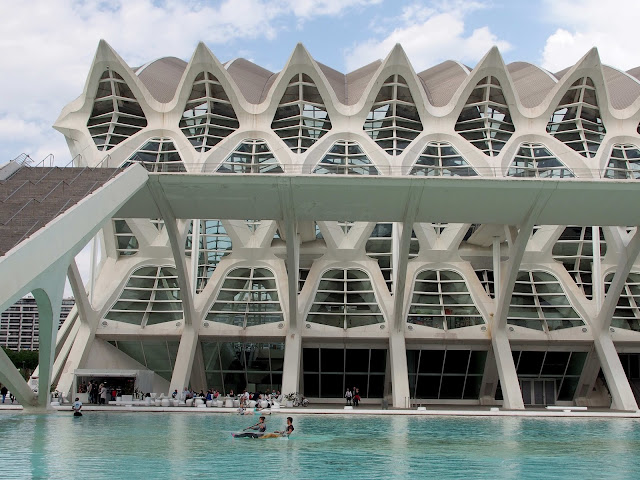 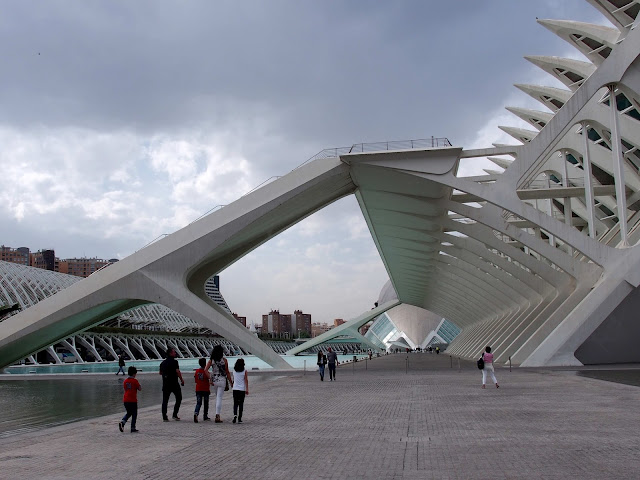 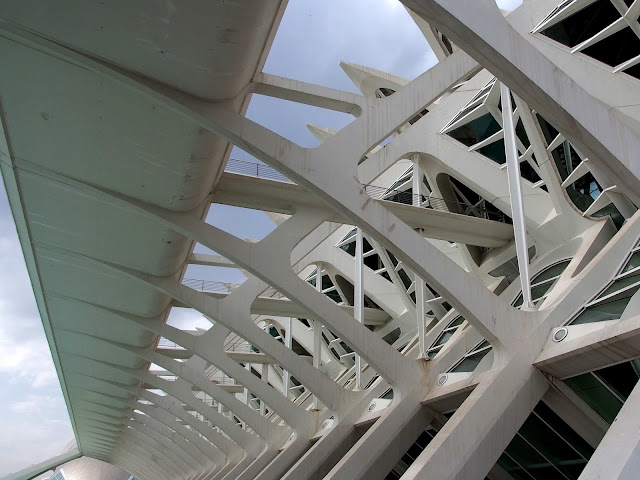 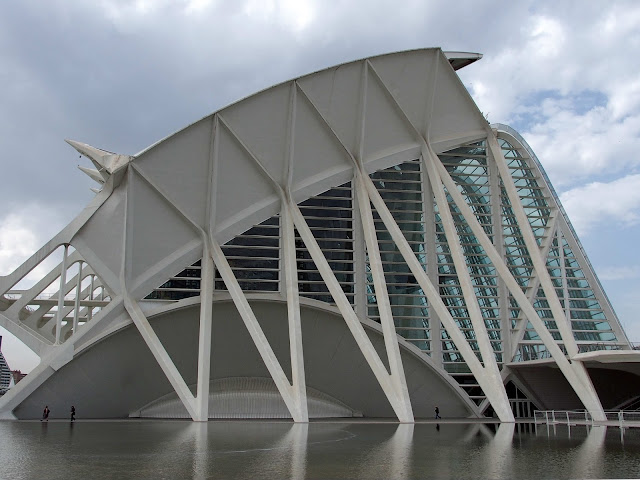 The interior of the building is just as futuristic. 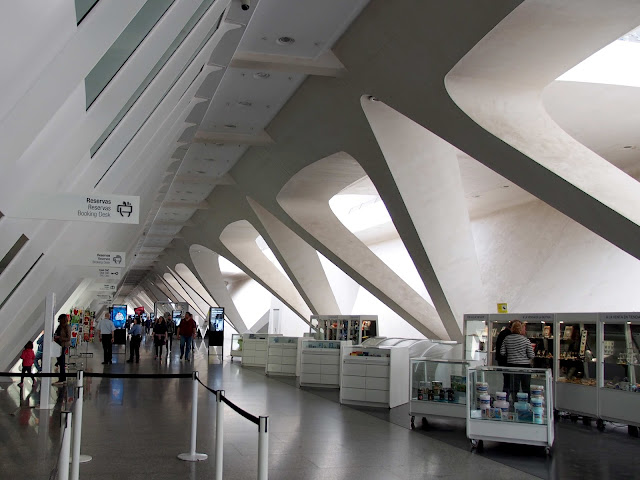 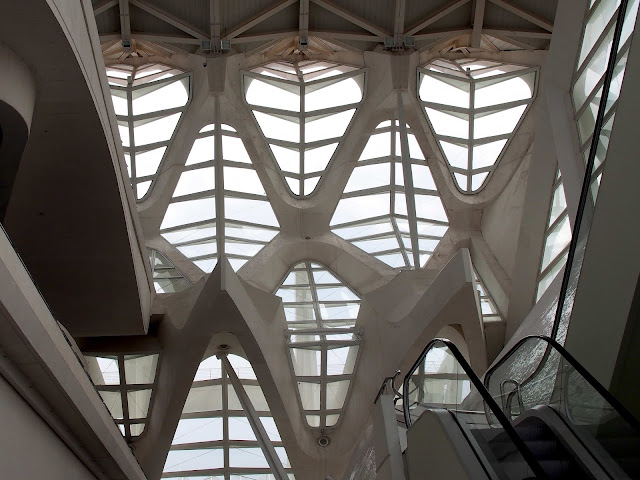 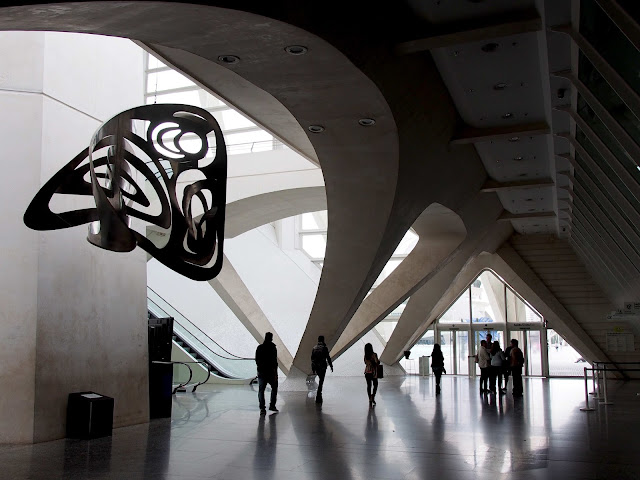