Valencia 2014 - The City of Arts and Sciences Part II

The scale of the City of Arts and Sciences is really enormous. It must have been a dream come true for Calatrava to be able to realize such a project which normally only seems possible on paper. Just walking around the whole complex will take a couple of hours, and a lot more if you stop and admire the details.

One of the fascinating features of Calatrava's designs is that the buildings look very organic - as if they are the skeleton of some prehistoric animals. To pull off this illusion - the structures have to look like they are not made of ordinary concrete or steel - but some form of mysterious organic material. I have always thought that the structures are built mostly in concrete - either cast in situ, or pre-cast. When you get closer to the structures, you can see that most of the structures are actually steel components - painted and finished to look like concrete. The illusion is a little bit lost because of this realization.

One of the major components of the City is the Reina Sofia Palace of the Arts. It is an enormous building that looks from some angles like Orca the killer whale. The shape and form have been deliberately designed to remind the viewer of a gigantic sea creature - and set in its own reflection pond it is quite a sight to behold.

In all the pictures of the Palace of the Arts, you will see that the building exterior is actually white in colour. The building skin was originally covered in white mosaic tiles which simmered in the sun. Due to some technical problems, the mosaic skin has all fallen off - and now all you see is the base steel plate of the structure. Again another illusion lost. 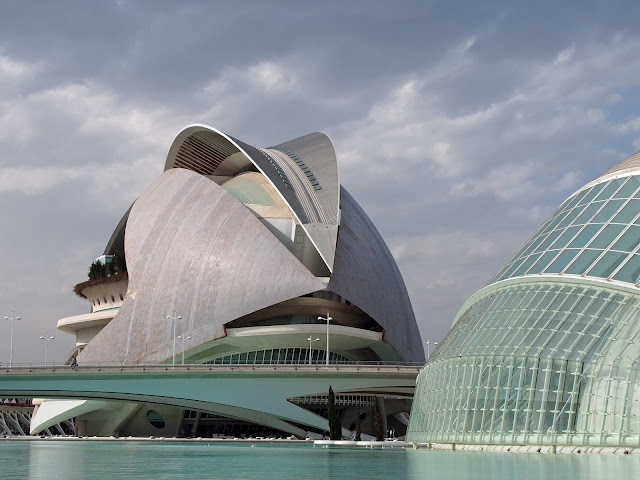 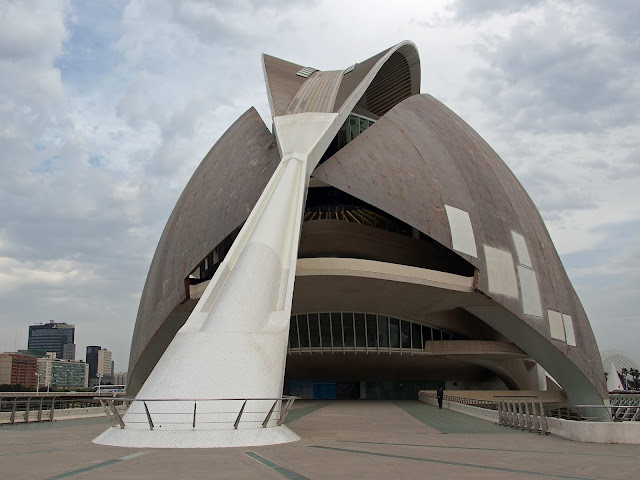 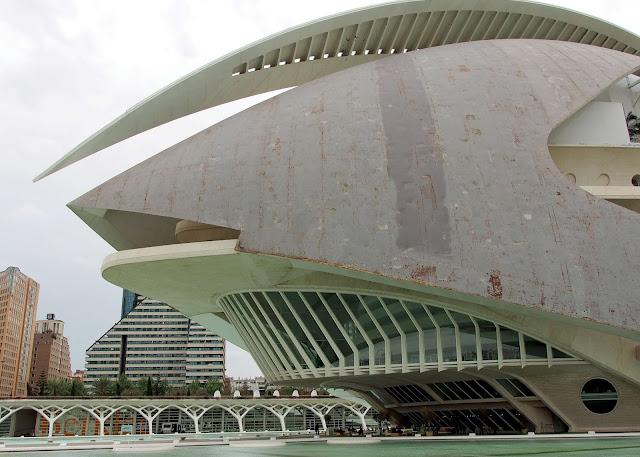 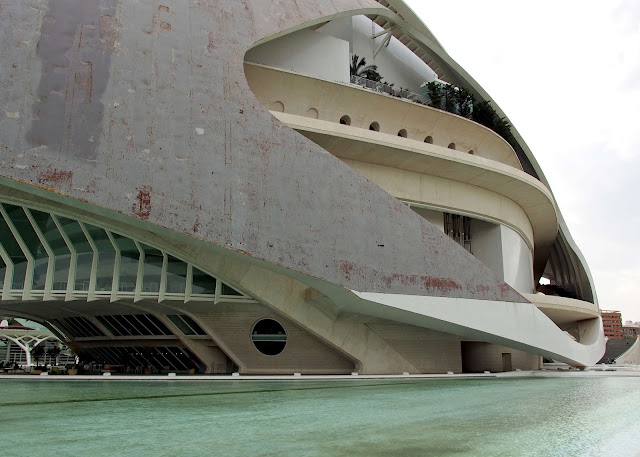 Another building with is part of the Sciences complex is L'Hemisfèric - an Imax theatre and planetarium. The shape of the building was designed to resemble an eye, with the round hemisphere of the Imax representing the eyeball. 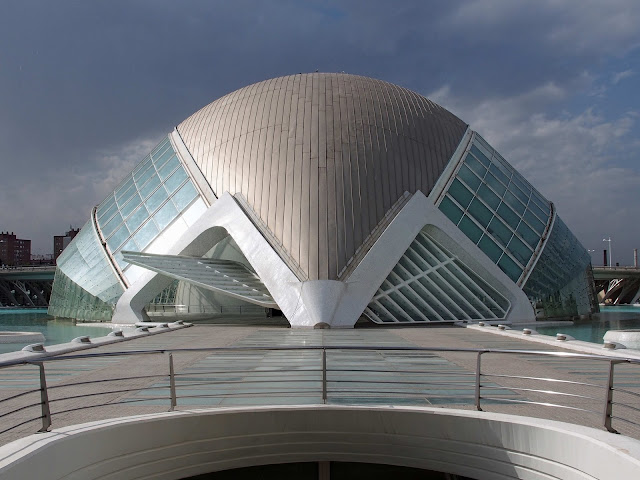 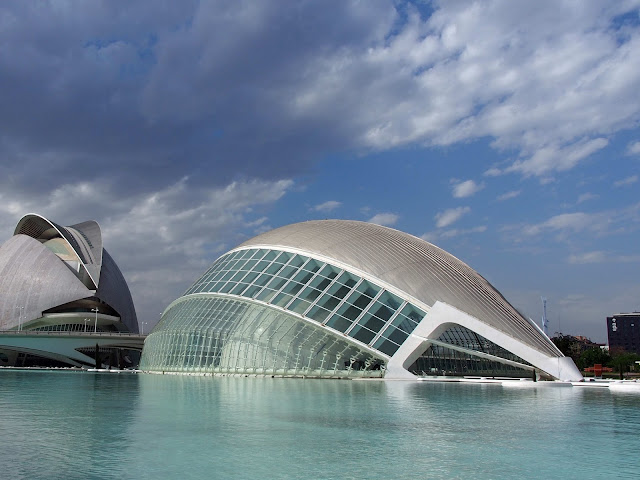 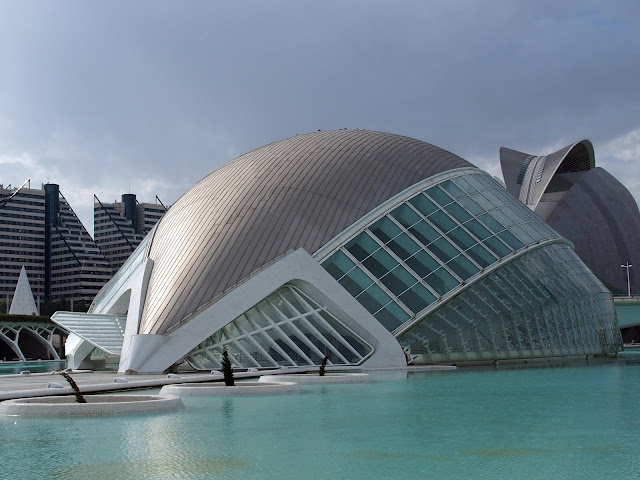