The Reina Sofia Art Centre is one of the major museums in Madrid. Many of the artworks on display here were transferred from the Prado Museum. The Art Centre was opened in 1986, converting an old 18th-century hospital building into an art gallery. It houses 20th Century Spanish art - and the most famous work here would be Picasso's Guernica.

In 1999 Jean Nouvel was brought in to build an extension that was completed in 2005. This is another masterpiece by the French master architect. Instead of creating an iconic architectural form that would overpower the existing museum - he chose to create a group of buildings that are quite understated - and covered under a huge metal canopy which shelters a large internal courtyard. Openings in the canopy are strategically placed to let in light during different seasons of the year. 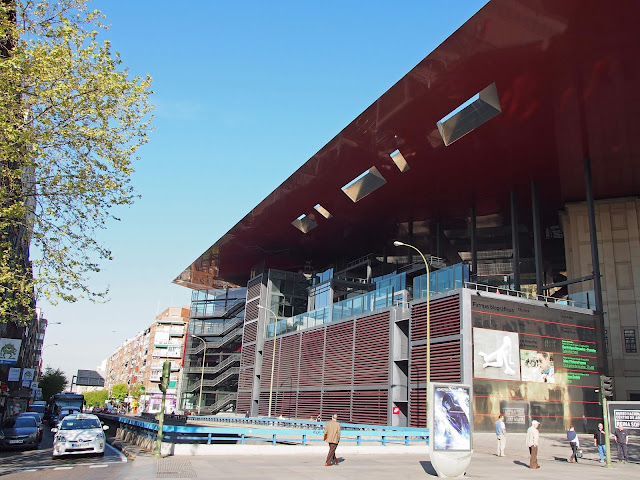 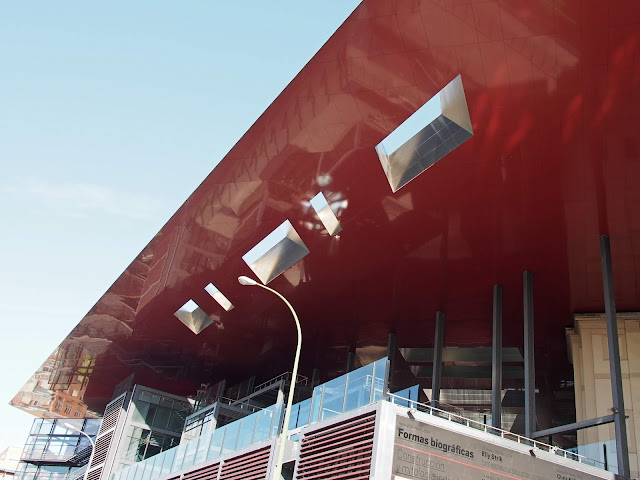 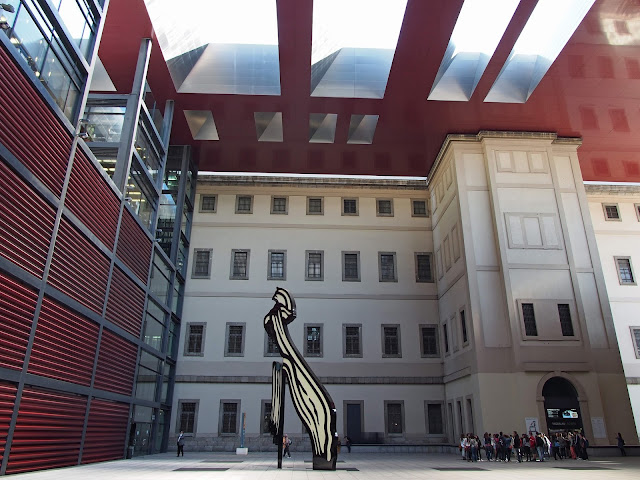 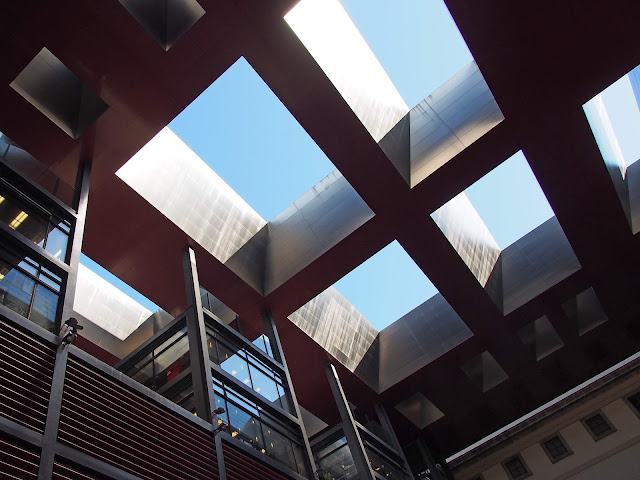 The buildings may look a little bit like office blocks from some angles - but the detailing is exquisite - and the canopy is ever-present to remind the visitor that this is no ordinary office building. 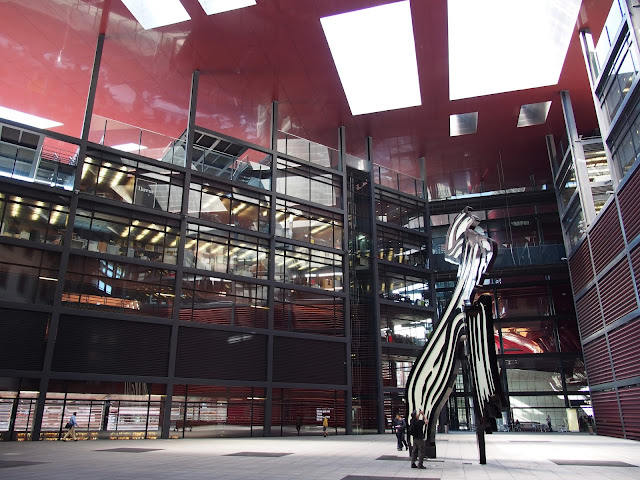 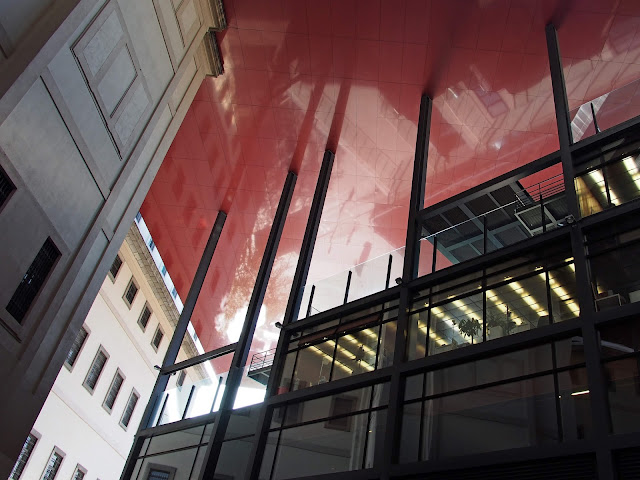 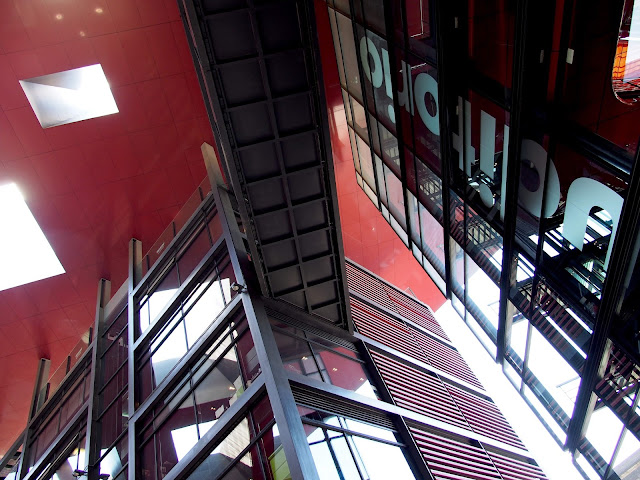 If you visit the Museum - make sure that you go to the rooftop. It is not usually open to visitors - but talk to the reception nicely and they may accommodate. Here you are literally within touching distance to the canopy and can really appreciate its enormous scale. The shiny lacquered aluminium sheets reflect the surrounding skyline - and fuses the building with its surroundings. It is quite an ethereal effect. 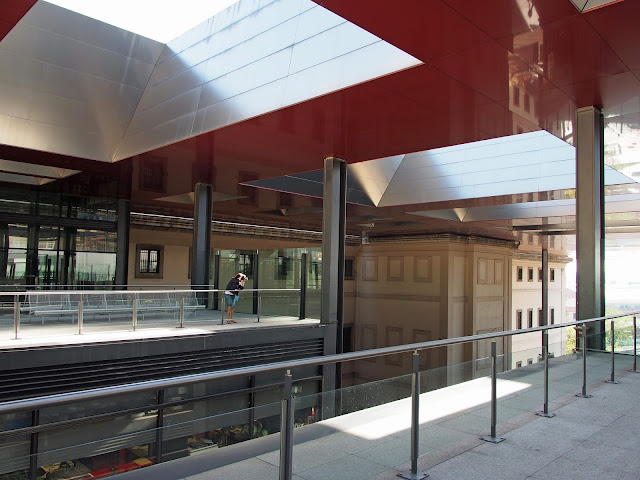 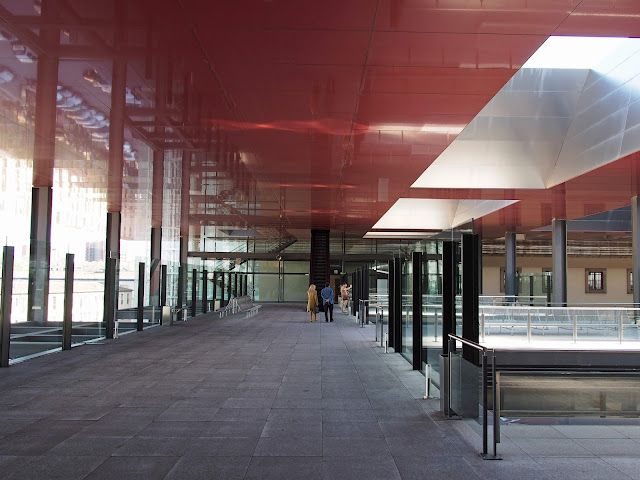 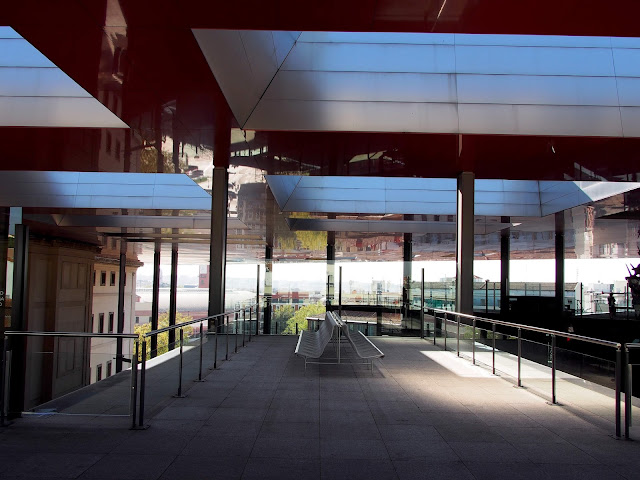