Plaza Mayor is the main city square in Madrid and it is right in the city centre. It was built under the reign of King Philip III in the 16th Century. It is a large and impressive square by any standard - measuring 120m long and 90m wide. The square is surrounded by an arcaded portico all round. 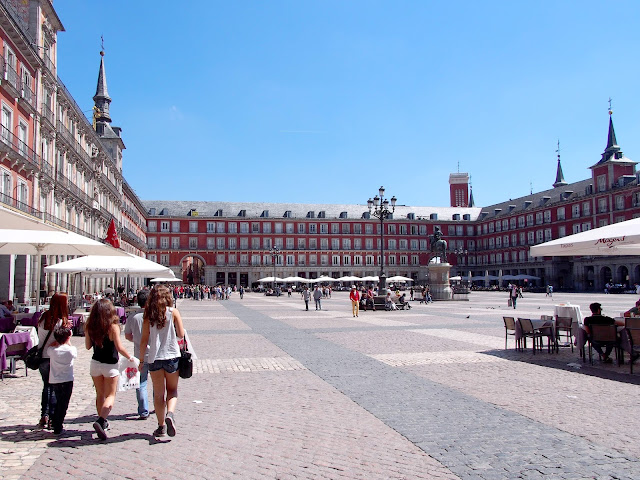 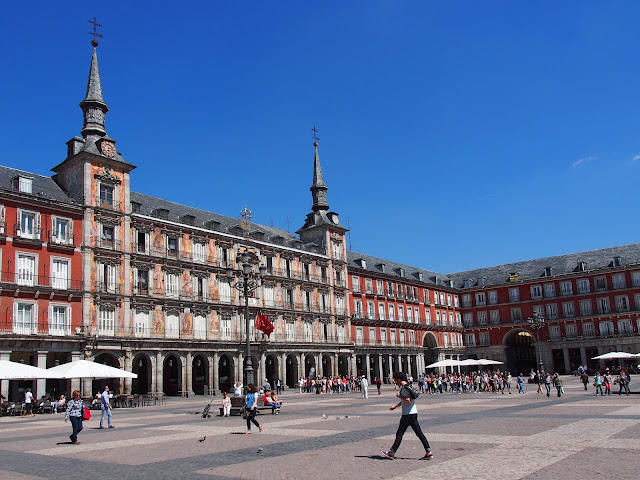 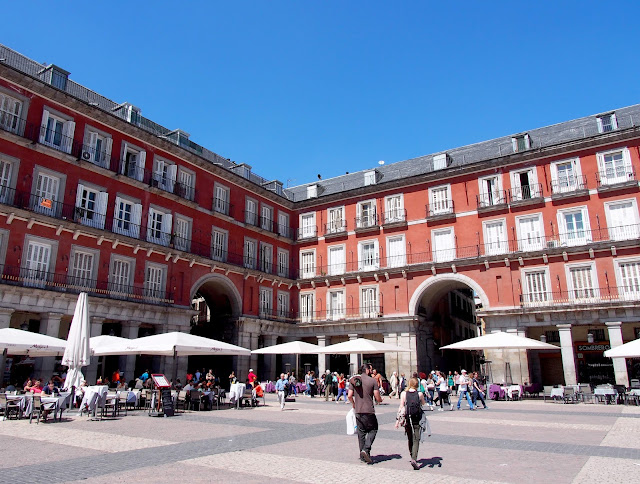 The most prominent building in the Square is the Casa de la Panaderia - which belongs to the powerful baker's guild. This building was rebuilt after a fire in 1790. The beautiful murals on the walls were added in 1992. 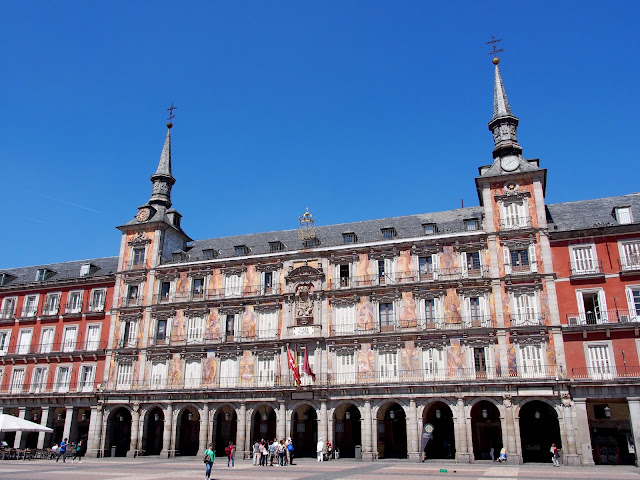 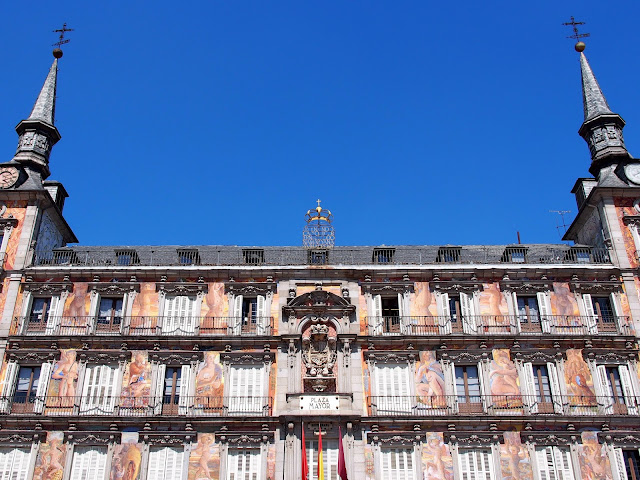 At the centre of the square is a statue of King Philip III. 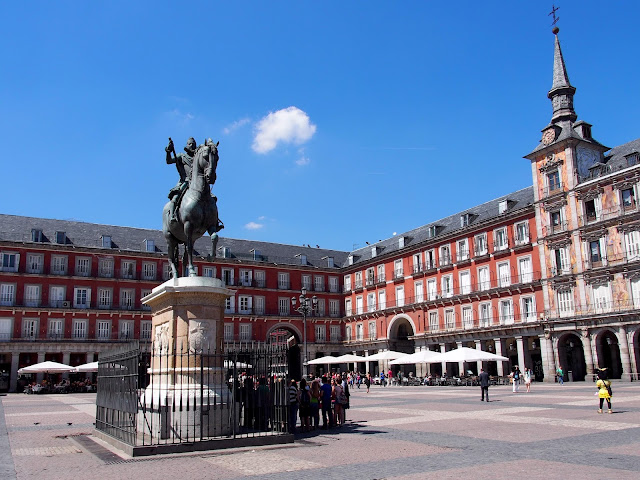 Under the arcades are many restaurants, pubs and cafes. Prices here are some of the highest in Madrid, but you are paying for the ambiance and the location. 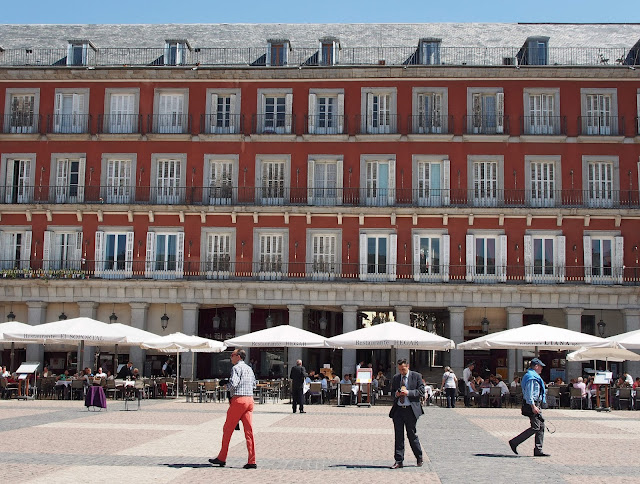 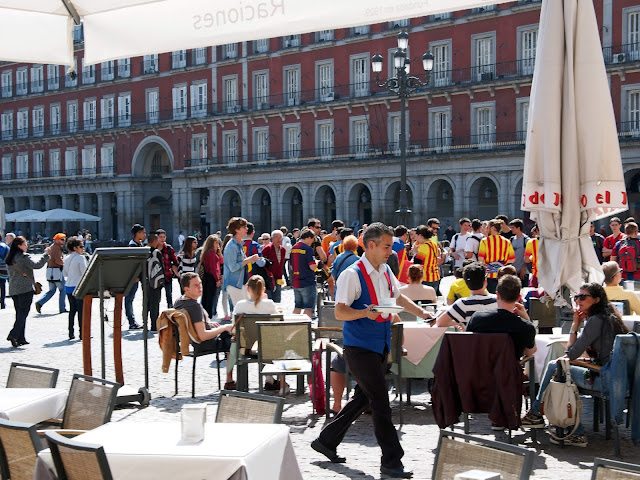 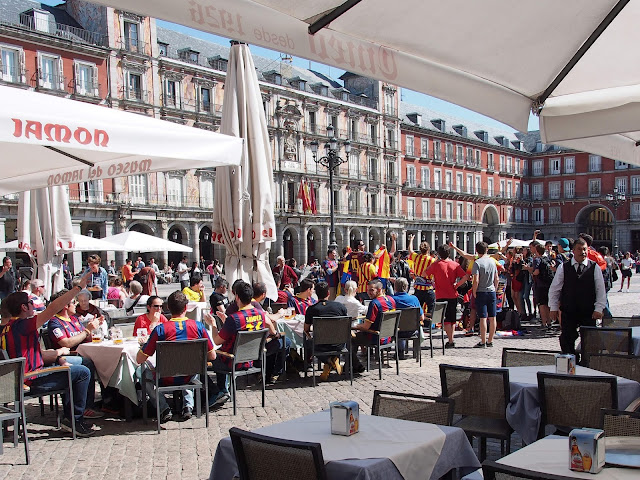