Tim Ho Wan created a sensation in Hong Kong when it first opened in 2009. Basically, a hole-in-the-wall outlet serving great dim sum at reasonable prices - the queue has been non-stop since its opening. The owner and chef is Mak Kwai Pui who was the head dim sum chef at Four Season Hotel's famous Lung Keen Heen restaurant. Tim Ho Wan won a Michelin Star in 2010 - which made the queues even longer.

Fast-forward to 2015, and Tim Ho Wan is now a big franchise with outlets in Singapore, Australia and now Malaysia. Having been disappointed at the original Tim Ho Wan a couple of times due to the long queues - I was really happy to find out that they have opened their doors at Mid Valley.

We went around 2.00 p.m. and there was still a queue at the entrance. Thankfully they have a great system and can tell you exactly how long the queue would be - it was around 20 min, not too bad. Once inside, the place looked a bit like a food court. The decor is quite simple - this venue was previously occupied by a Mediterranean restaurant called Blue Med but no evidence of that remained. 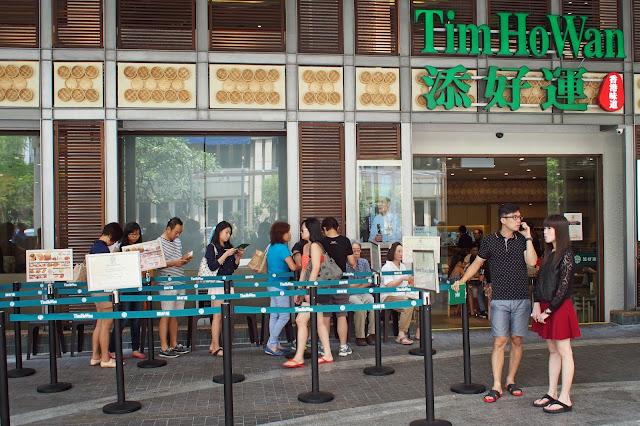 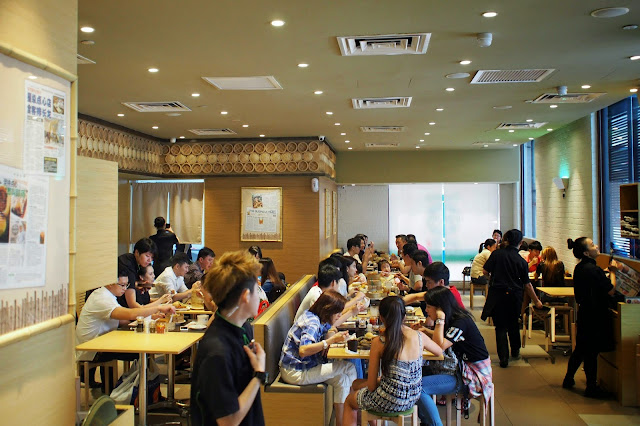 The menu is a printed sheet on the table. Like in many Hong Kong Style eateries - you write down your selections on an order chit yourself. The must-order would be the 4 Heavenly Kings -  Polo Bun, Carrot Cake, Cheong Fun with pig's liver and Ma Lai Kow (steamed egg cake). We ordered all except the egg cake. 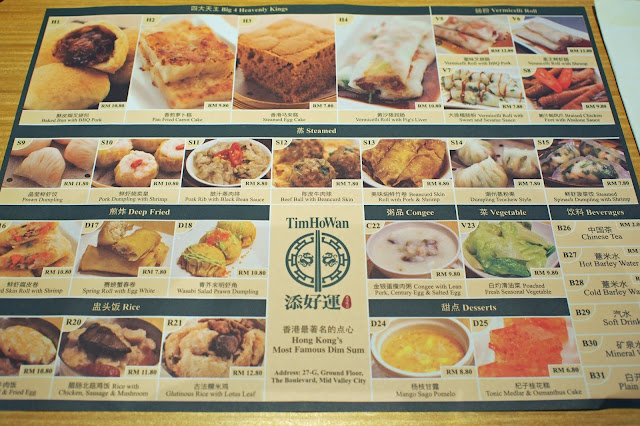 The Polo Buns are very good. With a thin crispy shell, a velvety soft skin and sweet char siew filling - it is the perfect dim sum snack. 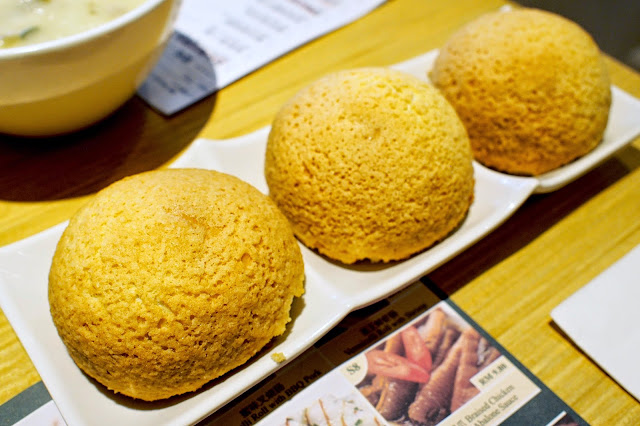 We did not like the Cheong Fun with pork liver that much - the gamey pork liver did not go well with the delicate Cheong Fun skin. Char Siew or prawns would have been nicer. 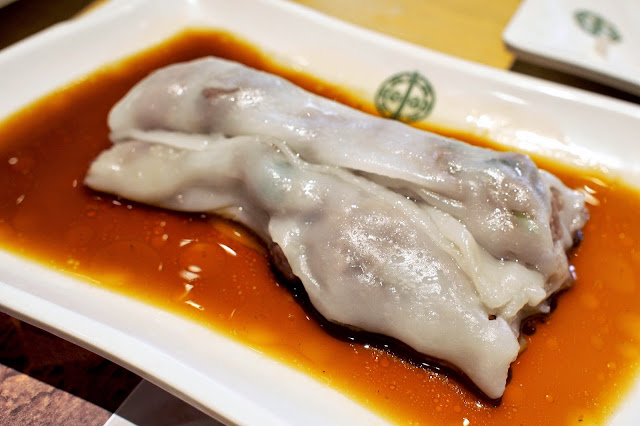 The Lo Pa Kow (Carrot Cake) was very good - one of the best versions we've tried. 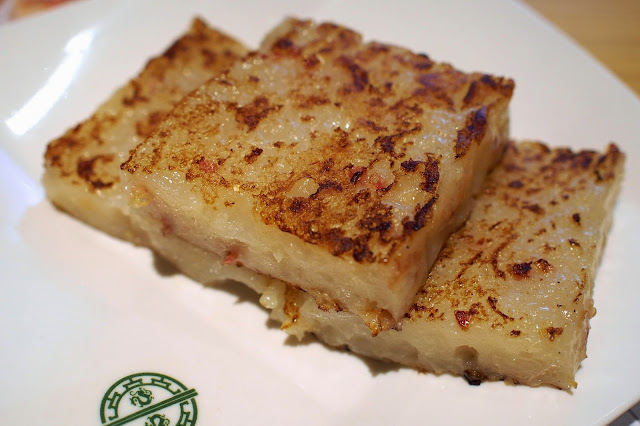 Their Siew Mai was great - crunchy with sweet morsels of pork and prawn filling. 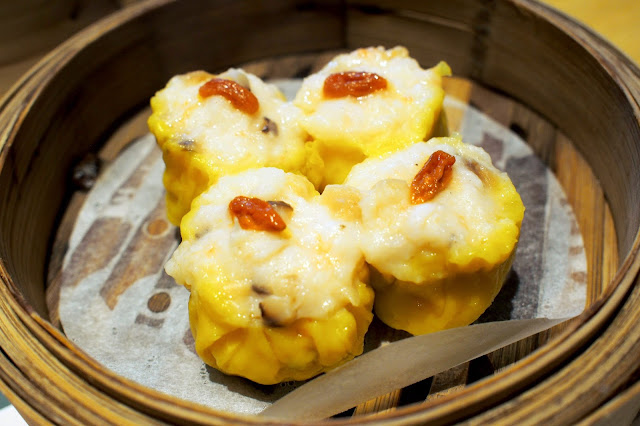 Actually, the best items we tried were 2 unassuming items on the menu. The Congee with Lean Pork, Century Egg and Salted Egg was very tasty and comforting - what comfort food is all about. I would go back just for this. 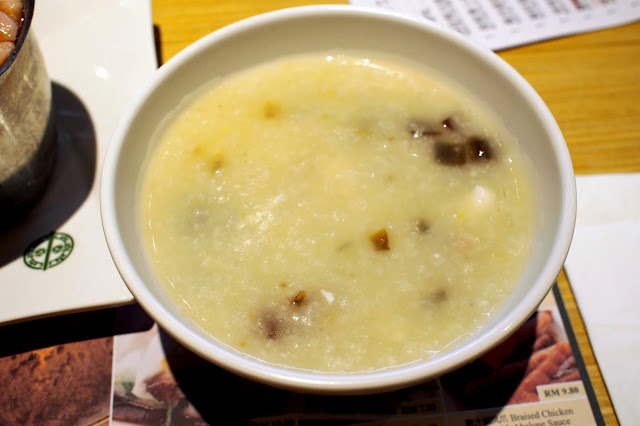 The Steamed Rice with Chicken, Sausage and Mushroom had really tender pieces of chicken done the Cantonese way - still springy and had a nice bite to them. The sauce was very flavourful and appetizing. 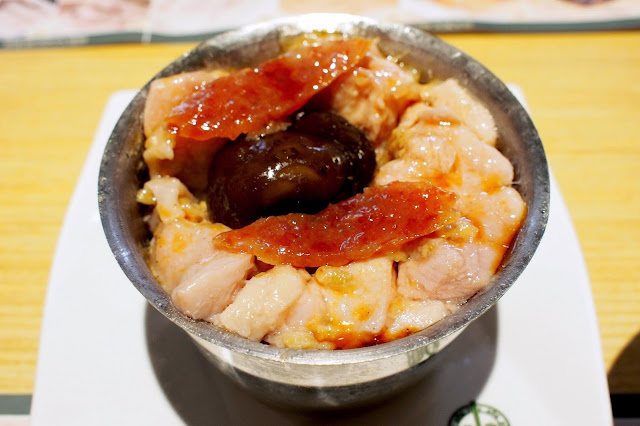 There are not a lot of dessert items on the menu. The one that looked most interesting was the Osmanthus Jelly which was what we ordered. It was quite good but nothing special. 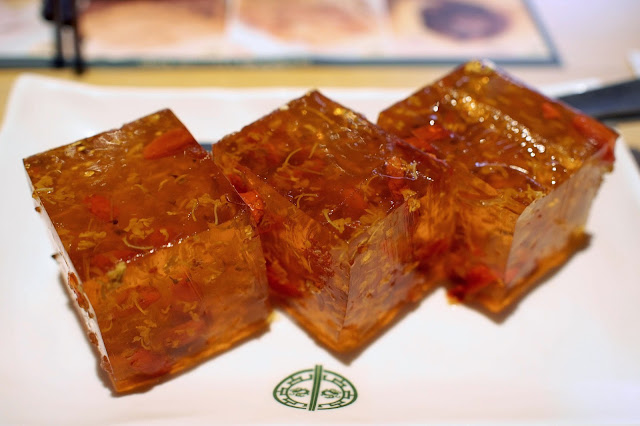 We are not sure whether the Dim Sum at Tim Ho Wan Mid Valley represents the same flavour as at the flagship outlet in Hong Kong. From this tasting, we would say that the Dim Sums are very good and definitely among some of the best you can get in KL, but they did not blow us away. The prices they charge may be cheap by Hong Kong standards, but in KL would place them at the top end among Dim Sum restaurants here. Definitely worth a visit but don't set your expectations too high.