The latest Ramen arrival in KL is Ippudo Ramen. Ippudo hails from Hakata in Fukuoka - the Southern part of Japan. Since their humble beginnings in 1985, they have grown to over 65 stores in Japan, and there are even outlets as far as Singapore, Sydney and New York. Their Ramen broth is Tonkotsu based.

The KL outlet is at Pavilion KL, in the cinema wing. The design of the outlet is chic and modern, with very bright colours. It looks impressive and decidedly upmarket compared to many of the other Ramen-yas. Single diners are usually shown to the counter - which is great as you can watch the chefs in action up-close. 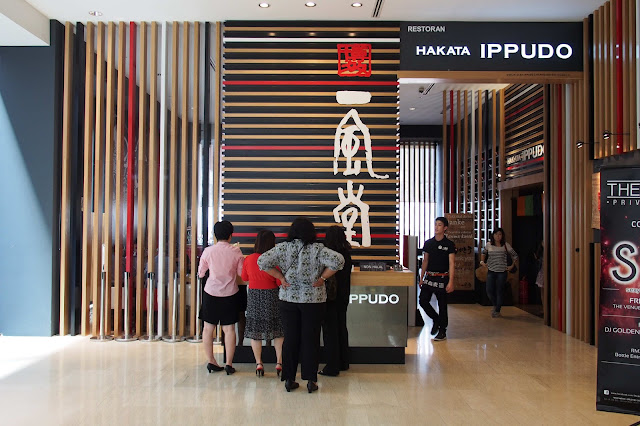 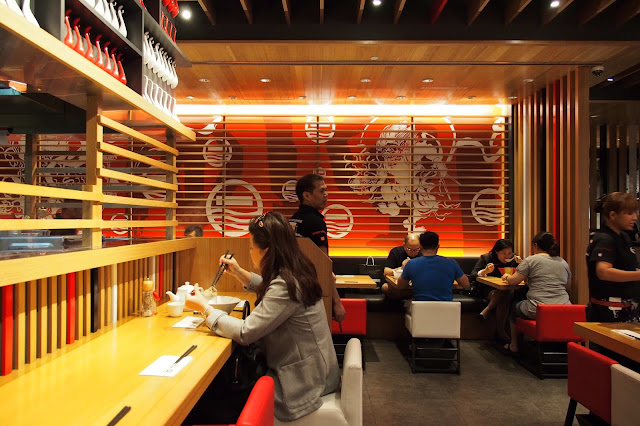 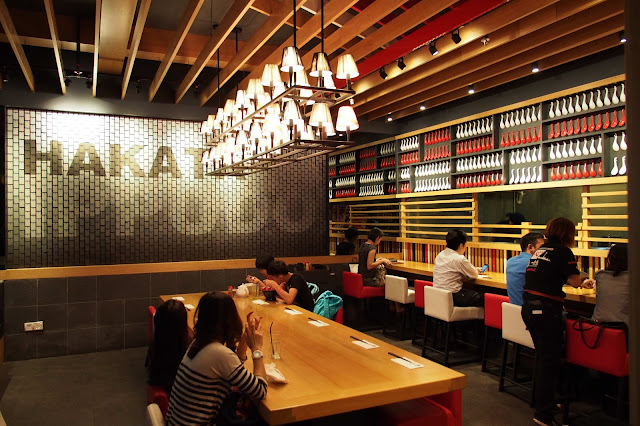 I ordered the Akamaru Shinaji Ramen - which features Ippudo's original Tonkotsu broth enhanced with miso paste and garlic oil. It comes with 2 slices of pork belly, wood ear fungus and lots of spring onion. The noodles are quite thin and cooked to al dente. The broth is really rich and flavourful, easily the best Ramen broth I've had in KL. They also give you lots of fresh garlic which you can squeeze into the broth to give it even more kick. 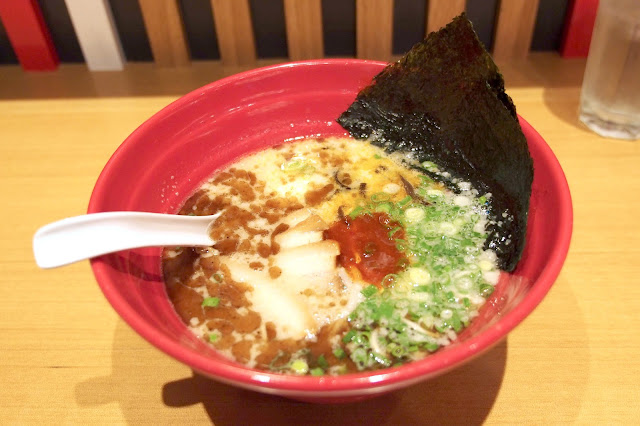 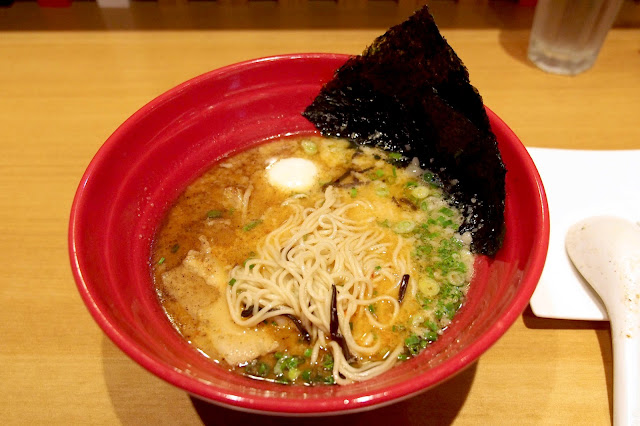 Besides the Ramens, Ippudo also features lots of side dishes on their menu. I will definitely go back and give them a try.
Email Post
Labels: food Kuala Lumpur Malaysia Travel