Many visitors to Tsukiji go there searching for the ultimate sushi experience. Nothing can be fresher then eating fish right at the fish market. Behind the tuna auction area are a number of small food outlets serving mainly the market workers. One of the outlets here - Sushi Dai -  has acquired such acclaim that people would readily queue up for a couple of hours just for a taste. There is another less famous outlet - Daiwa-Zushi - but you would still have to wait around 1 hour depending on the crowd. Not being the kind of person that would wait around for a couple of hours no matter how good the food, I went to Sushizanmai Honten instead - the original outlet of the famous Japanese sushi chain restaurant. 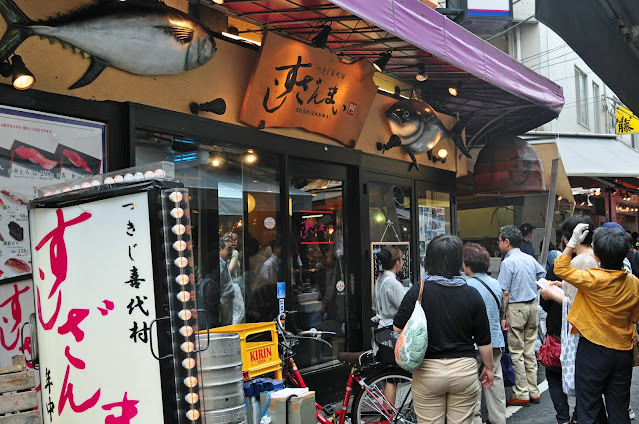 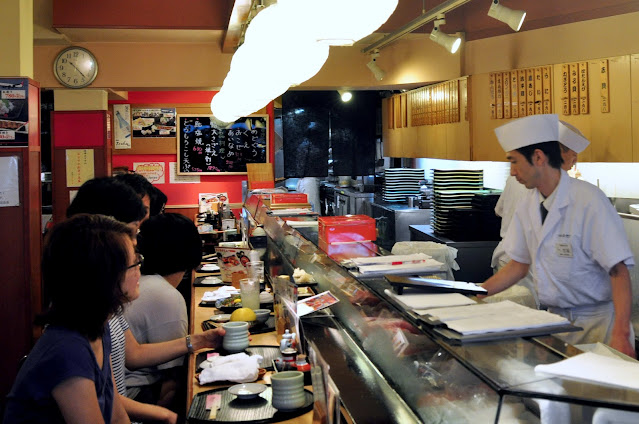 Sushizanmai was started by Kiyoshi Kimura - a very colourful character in the Japanese culinary scene. Remember the USD 1.7 million tuna ? It was Kimura who paid that price - setting a new record in the process. It was all done for publicity of course. Imagine paying a record price at the first auction of the year - the event was reported all over the newspapers and TV, the free media coverage alone is worth the price.

Some may dismiss Sushizanmai Honten as being part of a mediocre chain store, but I've read good reviews about the place - and being right next to the main wholesale fish market the quality shouldn't be that bad. The store is of medium size.This outlet is not the same as their other branches which tend to serve cheapo "kaiten" sushi. There are normal tables as well as a long sushi counter. I chose to sit at the counter so I can see the sushi chefs in action. 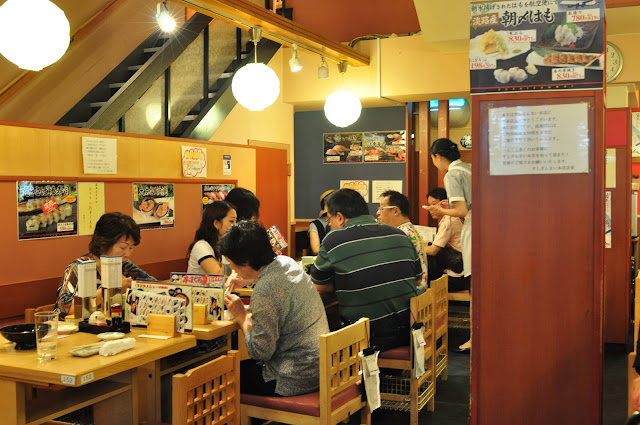 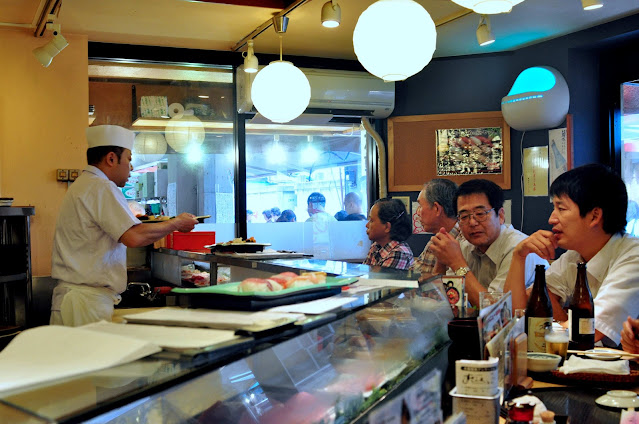 I ordered a Shashimi-Don - a selection of different cuts of raw seafood served on sushi rice. The serving looked really beautiful, and all the fish looked like they had just come out from the sea. And the taste - heavenly ! The best sushi I have ever had so far. 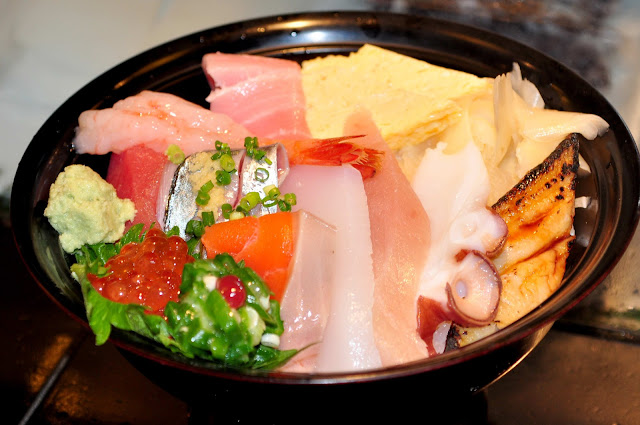 As they say - the proof is in the pudding. I highly recommend Sushizanmai Honten at Tsukiji Market. A must visit !
Email Post
Labels: food Japan Tokyo Travel