Chicken rice is very popular in Malaysia and Singapore - and this simple dish has been elevated to extreme culinary levels. At Mandarin Orchard in Singapore, you can get a deluxe version which will set you back a cool SGD 25 per serving. Due to its popularity, it is also very commonly available and it is not difficult to find good versions everywhere. To stand out you would have to do something really special.

The most famous chicken rice shop in Ipoh is Lou Wong. They open from lunch till late, and everyone seems to recommend it. I went there around mid-afternoon and though it was way past lunch hour it was still doing brisk business. They only serve one thing here - the Nga Choi Kai so you don't even need to order - it will arrive on your table in minutes. 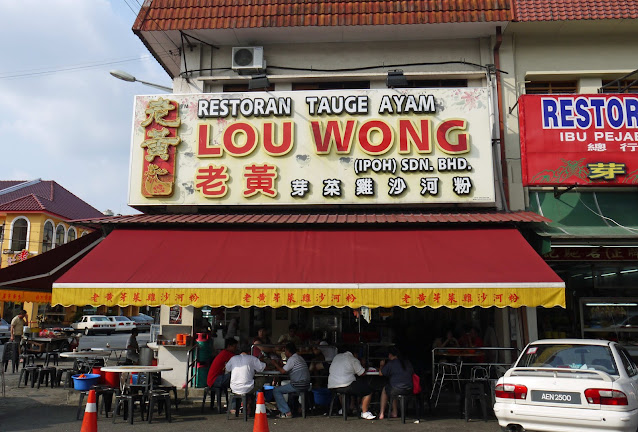 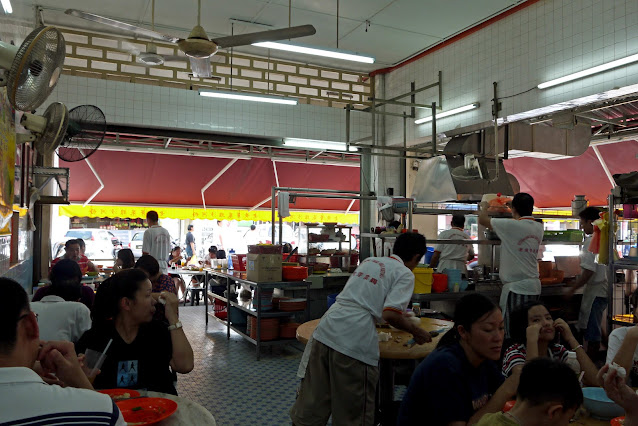 The chicken and bean sprouts are served separately. The meat of the chicken was a bit darker than the usual served at chicken rice shops. This was definitely free-range chicken - and the taste was stronger and gamier than normal. It was good - but not fantastic. If you want chili sauce you need to get it yourself from a serving station. It was just passable - certainly not as good as what you get in Singapore or even Kuching. 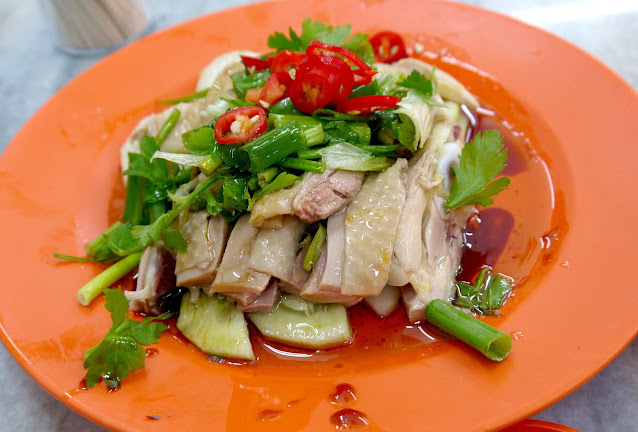 The bean sprouts were definitely different from the normal ones you get elsewhere. They are fatter and shorter - with a good crunch. The problem was the sauce didn't have much depth in flavour. 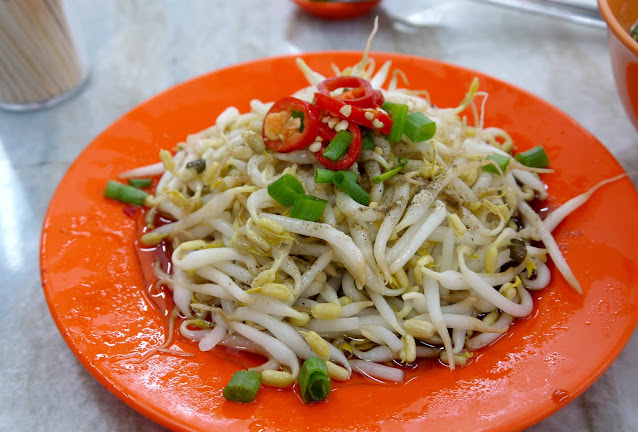 The rice was very good - nice and fluffy with a strong fragrance of chicken oil. 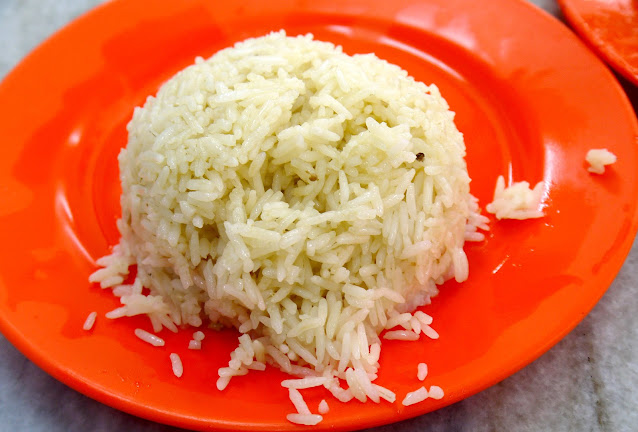 I did try the chicken rice at other shops in Ipoh, and the verdict is the same - good but not outstanding. Next time around I would probably give this a pass and focus on the more delectable offerings in Ipoh.